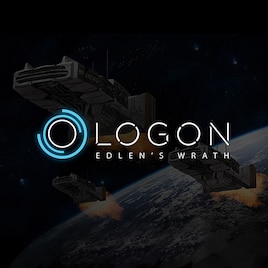 Working to create even more content for the game, a series of audiologs telling some tales prior the era of Edlen's Wrath will be made. Together with the main story and the Codex found inside the game, the audiologs will help to explore more about the events inside the game!

To have an idea of what we're talking about, look at the first audiolog.

And if you liked, here's the second audiolog.

"The problem with the empty vastness of the space, is that nowadays it's not vast enough and it was never that empty."
- as told by an old space pirate.

Indeed the Space is not empty and enemy fleets aren't the only deadly problem one may face. One miscalculation and the ship may be blown away by an asteroid.

Traveling through an asteroid field isn't a operation without risks and in Ologon: Edlen's Wrath, we made sure to reflect that! Every time a ship pass through any asteroid field, it will take damage and might even explode. This gives planets with asteroid belts on them an extra edge on the defense, but also may be a problem to launch ships from them.

Will you choose to risk a part of your fleet to grab more resources, or will you leave the asteroid belted planet for your enemies to deal with?

Leia mais
Descrição
Data de lançamento: First quarter 2016
Ologon: Edlen’s Wrath is a strategy space combat game. Capture enemy planets, defend your planets from the enemy and dominate star system after star system in order to conquer the galaxy. Generate resources, boost your army and bathe the stars in the blood of your enemies.

Follow the story of Halley Edlen, a legendary war hero that, after being betrayed and left to die, will stop at nothing in his vengeful warpath.

FIXADA: Post here any features you wish to see in the game
Modron

javierucu 9/fev./2016 às 1:52
hi, I think this project looks fantastic.Nice cover. This kind of games are exciting. Now i´m finishing the soundtrack in other game and it would be great to work beside such a promising team. I think my music could fit well in your project. You could listen some of it here: https://www.youtube.com/watch?v=pA7fQzZ9gUU What do you think? my email is: cga.sound@gmail.com Thank you. Good Job.

Lord Garland  [autor(a)] 20/dez./2015 às 13:51
Hey everyone, I'm Garland, one of the devs of Ologon. About the new vid with more gamplay, don't worry, we're working on that and sorry for the lack of communication so far, december is a crazy month for us (the team is like one big family and between us all, we had to attend to 3 marriages, 2 prom parties, 4 birthdays and it's not even xmas yet).
If everything goes according to plan, you may expect the new video in the upcoming week! Thanks for your opinion and support!

i think kickstarter should be alot more succesfully...just if it realy fail at indiego