Store Page
Garry's Mod >  Workshop > Vomy's Workshop
This item has been removed from the community because it violates Steam Community & Content Guidelines. It is only visible to you. If you believe your item has been removed by mistake, please contact Steam Support.
This item is incompatible with Garry's Mod. Please see the instructions page for reasons why this item might not work within Garry's Mod.
Current visibility: Hidden
This item will only be visible to you, admins, and anyone marked as a creator.
Current visibility: Friends-only
This item will only be visible in searches to you, your friends, and admins. 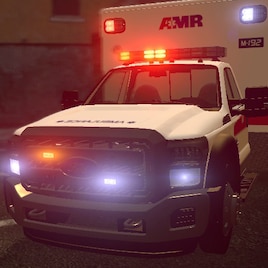 Vomy
Offline
See all 382 collections (some may be hidden)

This item has been added to your Subscriptions. Some games will require you to relaunch them before the item will be downloaded.
Description
-Photon / PV - 2015 Ford F-550 Ambulance

The ambulance can be found under the Category "Photon: Vomy" in the "Vehicles" Tab.
Map used in the screenshots :
http://steamcommunity.com/sharedfiles/filedetails/?id=326332456&searchtext=gm_fork

The Ford F-Series Super Duty (often shortened to Ford Super Duty) is a series of trucks manufactured by Ford Motor Company. Introduced in 1998 for the 1999 model year, the F-Series Super Duty trucks marked the addition of a heavy-duty pickup to the Ford F-Series range, including the F-250 and F-350 pickups; the previous 1987-1997 F-Super Duty chassis cabs were replaced by the F-450 and F-550 Super Duty.
To bridge the gap between the pickup line and the much larger medium-duty F-650/F-750, Ford introduced the F-450 and F-550 variants of the Super Duty; with an available GVWR from 17,950-19,500 lbs, it pushes the Super Duty into the Class 5 truck market. Available only as a chassis cab for commercial upfitters, both versions were fitted with dual rear wheels.
While largely aimed at fleet buyers, F-450 and F-550 were configurable in XL, XLT, and Lariat trim levels available to Super Duty pickup buyers. The sole gasoline engine was the 6.8L V10 while the 7.3L PowerStroke was the diesel option; in 2003, this was replaced by the 6.0L PowerStroke.

If you like it, download it, drop a like and share it.
If you don't like it, don't download it, don't waste your time.
You can say what you think about this car and what you think is good or bad about this car but no swearing, no insults.
You can do what you want with my work but remember to always give me proper credits.
Don't reupload my work and do not reupload my work saying it's yours.

MICKAEL BLAKE Sep 9, 2017 @ 1:21am
@osteoporosis3
Really sorry about that but man, Vomy ain't a Model Porter :/
And if CrushingSkirmish doesn't wanna teach you, it's because it's hard as fuck & trying to teach somebody would take a lot of time