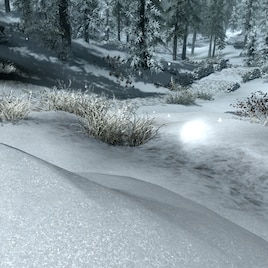 This item has been added to your Subscriptions. Some games will require you to relaunch them before the item will be downloaded.
Description
There is a new version for Special Edition available here (Nexus):
http://www.nexusmods.com/skyrimspecialedition/mods/670/?

Make sure to check it out!

I was hoping to get a more crystallized look on the snow and make it feel more cold.
You sould try it out, it looks much better ingame :).

This texture pack works great with:

I also recomend using "Real Roads for Skyrim by dukefx", this gives the road 3d meshes. Since the stones on my snowy roads are exactly in the same location as vanilla, this mod will work great!


Be sure to check out my other texture pack as well (Riften HQ).


Thanks everyone for your support and I really enjoy your feedback.
At this point this texture pack has almost 400 000 subscribers on steam and over 60 000 downloads of the latest version on skyrim nexus. When I started developing this I had no idea that I was going to be this big.

Even though this has not had any updates in quite some time it is still working and would probably always work with skyrim in this current condition (since it is just texture). However I will update this texture pack at some point. But at this point I am out of country (studying) and I have therefore no assess to my “skyrim computer”, but I will be back fall 2013, and I would assume I will post some update at that point. For now I would really appreciate feedback on how you want to improve this texture pack, even if it is a lot of time before that stage I will read your comments and write down your suggestions. Also remember that if you subscribe to this texture pack it will update automatically when I decide to do so.

Ludicade Jun 7, 2017 @ 3:44pm
I downloaded and moved it pretty far up on the loading scheduale but it's still not showing up in the game.

lupus_hegemonia Dec 3, 2016 @ 12:00pm
The "look" of the environment of my Legendary version, already looking awesome! Currently, I'm subscribing GAMEPLAY or QUESTS mods, there are more important to me... But I think I fix it somehow, your snow looks now, in my game... Thxs.

Erik1988  [author] Dec 3, 2016 @ 4:17am
For an imporved look I would recomend using the loose files from my SE version. They still work in normal skyrim. The reason is that hq snow texure is not updated for the latest changes in my nordic snow.
< >