Store Page
Besiege>  Workshop > V's Workshop
This item has been removed from the community because it violates Steam Community & Content Guidelines. It is only visible to you. If you believe your item has been removed by mistake, please contact Steam Support.
This item is incompatible with Besiege. Please see the instructions page for reasons why this item might not work within Besiege.
Current visibility: Hidden
This item will only be visible to you, admins, and anyone marked as a creator.
Current visibility: Friends-only
This item will only be visible in searches to you, your friends, and admins. 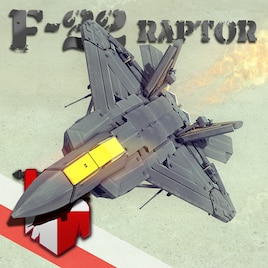 This item has been added to your Subscriptions. Some games will require you to relaunch them before the item will be downloaded.
In 1 collection by V
Vermilion's Flying Stuff (+skins & levels)

Just move your hand 3 keys to the right.
Provides better control when maneuvering in tunnels and similar enclosed spaces.

This plane supports four mods:
With these installed, you gain access to additional features:
ACM will prompt you to download a library for custom axes upon loading the machine (if using the mod for the 1st time), this is required in order for ACM-associated features to work!

Please note that none of these mods are required for the plane to work. They simply make it easier to use and add purely cosmetic effects.

I only regret not building it earlier xD
Would have been perfect for the Megalith video thanks to its stability (go watch my playthrough of the map btw lol, it's above in the image gallery). 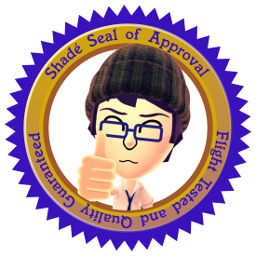 UPDATE to Besiege v0.70 (06.09.2018)
-Fixed rockets
-Slight improvements to airbrakes
-No more mod support, VT, Scripter and ACM are all currently outdated :/
-Rotated the front landing gear plow in hopes of maybe NOT GETTING STUCK ON THE SLIGHTEST BUMPS ANYMORE

One more thing: CCCanyon strapped ♥♥♥♥♥♥♥ tank tracks to this thing. You can check it out over here!

V  [author] Feb 3, 2018 @ 12:37am
@JustCorbs
Open the Load Machines menu, then click the Steam Workshop button to the right of the searchbar - subscribed machines can be found there

lentokonemias Sep 8, 2017 @ 6:26am
hello can you build cruise
missile pecose they are predy match same what planes are m

[Autobot] PerceptorScope Aug 28, 2017 @ 1:00am
haha, already figured it out with ITR< but EXTREME thanks! I will talk more as i gtg to bed, and i want to go to bed aswell because im tired, g'night sir!

V  [author] Aug 27, 2017 @ 11:52pm
1/1
@Vorticus If you mean the missile bay door only needing one key, you need to take another look - there is no steering hinge there, they're powered by a wheel whose rotation is limited by a brace connected to a low mass balast - this is one of the variations of a steering method we call Toring (short for tor que imperfection steer ing ). We can help you out with it on Discord!

V  [author] Aug 27, 2017 @ 11:51pm
2/2
As for making a keybind say None, this can be done in two different ways:
1. .bsg file editing, simply search for fields that say, for example ">V<" and replace them with ">None<". The game will treat the bind as absent.
2. the NoBounds mod has a feature called multikeybinding. Select the key mapper tool and then, while holding left shift, click on e.g. a piston. You will get another menu that lets you bind multiple different keys to the block, as well as set its binds to None if you press the "Reset binds" button on top of the window. Pretty easy, though IIRC not explained in the mod's description ¯\_(ツ)_/¯

[Autobot] PerceptorScope Aug 27, 2017 @ 1:46pm
How do you make it so when one presses numpad 2 to open the plates to launch the bombs, the steering hinge only says "none" and the other key is Numpad 2, how do you make any control in the game say None? thank you, im having trouble with this as i would like to make steering hinges just one hotkey instead of 2 so i can save up on keys to use. Thanks!