Store Page
Arma 3 >  Workshop > CraveMode's Workshop
This item has been removed from the community because it violates Steam Community & Content Guidelines. It is only visible to you. If you believe your item has been removed by mistake, please contact Steam Support.
This item is incompatible with Arma 3. Please see the instructions page for reasons why this item might not work within Arma 3.
Current visibility: Hidden
This item will only be visible to you, admins, and anyone marked as a creator.
Current visibility: Friends-only
This item will only be visible in searches to you, your friends, and admins. 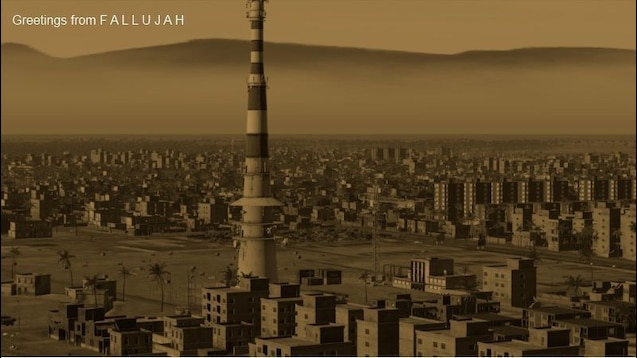 See all 2085 collections (some may be hidden)

This item has been added to your Subscriptions. Some games will require you to relaunch them before the item will be downloaded.
Description
Fallujah v1.2 by Shezan74[http//mailto]
(Original link is down due to Armaholic being hacked)
It is uploaded per license agreement that no files were changed. Readme and bikey was moved to /keys/ in the main directory to fix signature verification. This does not modify the mod or remove files. Also keep in mind, bugs such as AI shooting through walls or grenade explosions going through walls cannot be fixed with this mod as it cannot be modified per author's request.

Fallujah features
World Tools has been highly used in building the city to create environment randomness and bio-diversity.

Originally posted by shezan74:
free redistribution is permitted for the original file package as long as it is kept unmodified and distributed 100% free of charge.
Distribution of parts of the Fallujah is not allowed without explicit author authorization.

CraveMode  [author] Jun 20 @ 11:15pm
I haven't done any editing for ArmA 3 in years. I would start with any tutorial videos on editing maps that show how to load them into the editor. You just need to also start ArmA 3 with the cup terrain and core mods or any mod that includes assets from ArmA 2 that the map uses when editing the map.

thatboiviper Jun 20 @ 7:07pm
How does one open this map up in the editior? Im new to Arma3 and im still learnign the editor ropes, any help is appreciated.

DarkAshFur Apr 7 @ 9:35pm
i want to see more urban maps like washington or some big city with the map around sadly the biggest city i ever see on arma was Fallujah and Kavala if anyone knows a map like these ones plz send me

CraveMode  [author] Apr 3 @ 7:33am
Turns out, Armaholic[.]com has been compromised. I have removed the link pointing to the old post. Do not follow any links to armaholic.

CraveMode  [author] Apr 3 @ 7:32am
Actually, I deleted a comment that I thought was posting malicious links. I do apologize, you were talking about the armaholic page in this post. I am not sure why it is doing that, I will update the link (as it goes to the original author's work) or I will remove it.