Greenlight > Concepts > petter.saterskog's Workshop
Greenlight is being retired. For more information on how to submit games to steam, refer to this blog post.
This item has been removed from the community because it violates Steam Community & Content Guidelines. It is only visible to you. If you believe your item has been removed by mistake, please contact Steam Support.
This item is incompatible with Greenlight. Please see the instructions page for reasons why this item might not work within Greenlight.
Current visibility: Hidden
This item will only be visible to you, admins, and anyone marked as a creator.
Current visibility: Friends-only
This item will only be visible in searches to you, your friends, and admins.
Cell Lab: Evolution Sandbox
Description Discussions2 Announcements2 Comments90 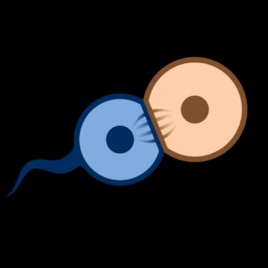 A blog for the PC version development can be found at http://cell-lab.net and it can be discussed at the cell lab forum[forum.cell-lab.net]. Note that it will likely not be on Steam, but on itch.io instead once finished.

Hi All,
Thanks for all the comments :). It seems like greenlight is being retired, so when finished, I will release this somewhere else. Probably itch.io.

Read More
Description
Cell Lab is a game that simulates cells living on a petri dish.
It is a very complex game which makes it difficult to master, but it allows for interesting challenges and organisms.

This is contrary to other evolution/biology simulation games that are simplified such that they are easier to play but don't allow as much freedom and different organism behaviors.

Android
There is already a free Android version of Cell Lab that has gotten quite popular in Play Store[//].

Since mobile devices are rather limited I would like to see what the interest would be to bring this to Steam and possibly extend the game to run larger and faster simulations.
Popular Discussions View All (2)

Steam only features
The Inventor of Stairs

Eye5x5 Mar 23, 2020 @ 3:57pm
PLSSSS I WANT IT ON STEAM. AND MAKE IT SO THAT THERE IS A SANDBOX MODE WHERE YOU CAN DO ANYTHING WITH EVERY CELL EVEN AT THE BEGGINING OF THE GAME PLSSSSS