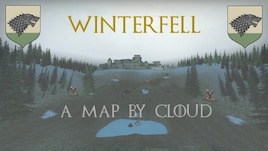 This item has been added to your Subscriptions. Some games will require you to relaunch them before the item will be downloaded.
In 1 collection by Cloud
Cloud's Completed Work

6 items
Description
(Season 6 spoilers, read at own discretion if not caught up with the show)

Join the battle for Winterfell
Engage in sword fights and archer battles between House Stark and House Bolton, around and inside the key Northern stronghold of Winterfell. 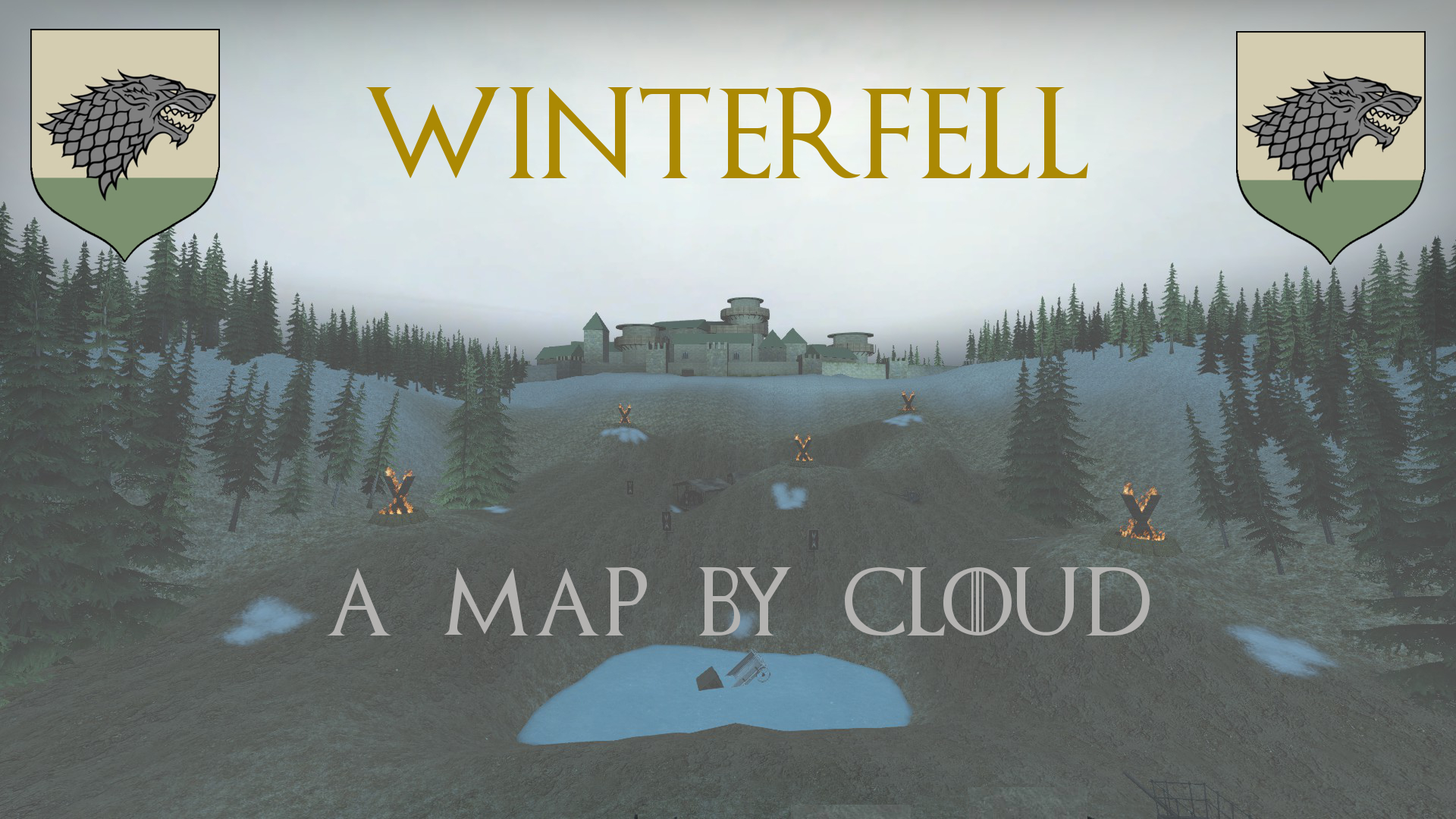 Overview of the map and gamemode
This is a unique type of map where to start with you will prepare at Bear Island (seat of House Mormont, a Stark ally) and Winterfell for the Starks and Boltons respectively.

Here you are informed of where the battle will take place, including: The Winterfell Fields, The Winterfell Crypts, and The Winterfell Great Hall. Next you can choose your class which you think will be best for the scenario: an archer, a man-at-arms, a knight, or a (Bolton/Mormont) shielded knight.

Next you are sent to the area to fight to the death with a Game of Thrones Theme playing in the background, activating easter eggs and triggering events will give your side the advantage, such as support from the Vale, Bolton arrow bombardments, retrieving the Stark Greatsword Ice, and many more. 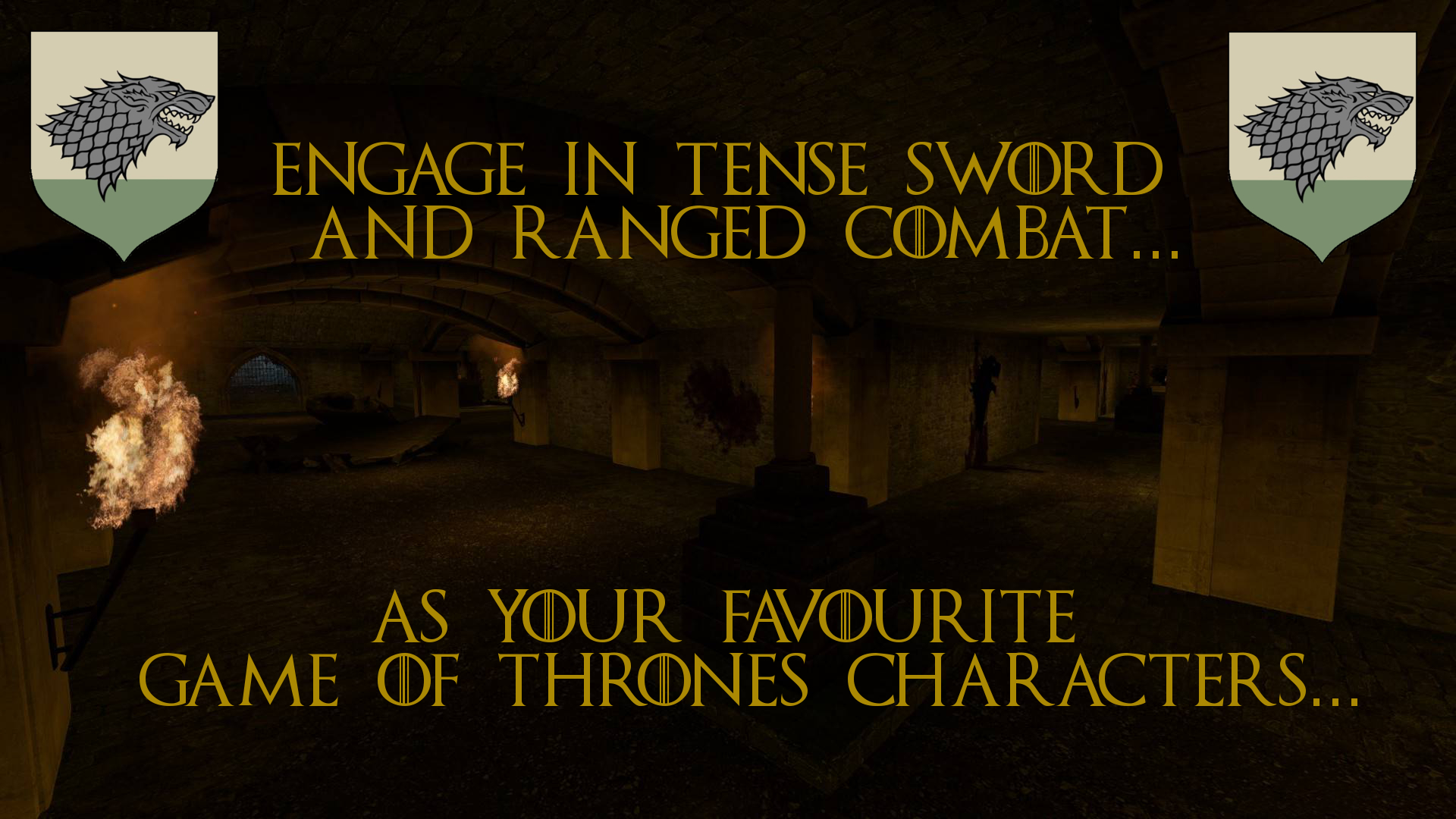 Main features
- Three playable areas: Winterfell Fields, taking place during the Bolton occupation of Winterfell, and during the scenario of the bloody Battle of the Bastards. Winterfell Crypts, Starks attempt to recapture their ancestral crypts which have been ransacked by the Boltons. Winterfell Great Hall, a Stark recaptured area where the forces must fight within and around the inner corridors of Winterfell Castle.
- Legends: Play as Legends, including: Jon Snow, Tormund Giantsbane, Davos Seaworth, and Ghost for the Starks, and Ramsay Bolton, Smalljon Umber, Harald Karstark, and Ramsay’s Hound for the Boltons.
- Classes: Man-at-arms have very low health for the benefit of high speed, Archers have the benefit of powerful ranged weaponry at the cost of speed and health, Knights have a balance between health and speed, and Shielded Knights have lots of health at the cost of speed.
- Medieval weaponry: Archers will have crossbow models in front of their weapon for immersion, and melee soldiers will have long swords/shortswords, even Greatswords if you can recover Ice...
- Easter Eggs: Each level contains one Stark Legend activated easter egg, a Bolton Legend activated easter egg and an Easter egg anybody can activate including: Utilise traps in the Crypts as Bolton Legends, get revenge for the Red Wedding as Stark Legends, call for the help of Stark ghosts and many more...
- Game of Thrones Music: The Rains of Castamere, House Stark Theme, The Winds of Winter, Hold the Door, and Winter has Come.
- Detail and 3D skybox: All areas have been detailed thoroughly as well as a 3D skybox for the Winterfell Fields with Winterfell Castle and the tree line visible in the background.
- Custom Textures and Models: High-definition custom textures (like brick, mud, etc.), custom animal models (horse/hound/direwolf), House sigil textures and more.
- Pre-game preparation: choose your class and prepare at Bear Island and Winterfell in the respective armouries before the battle commences.
- 64 player support: there are enough spawn points for 64 players. 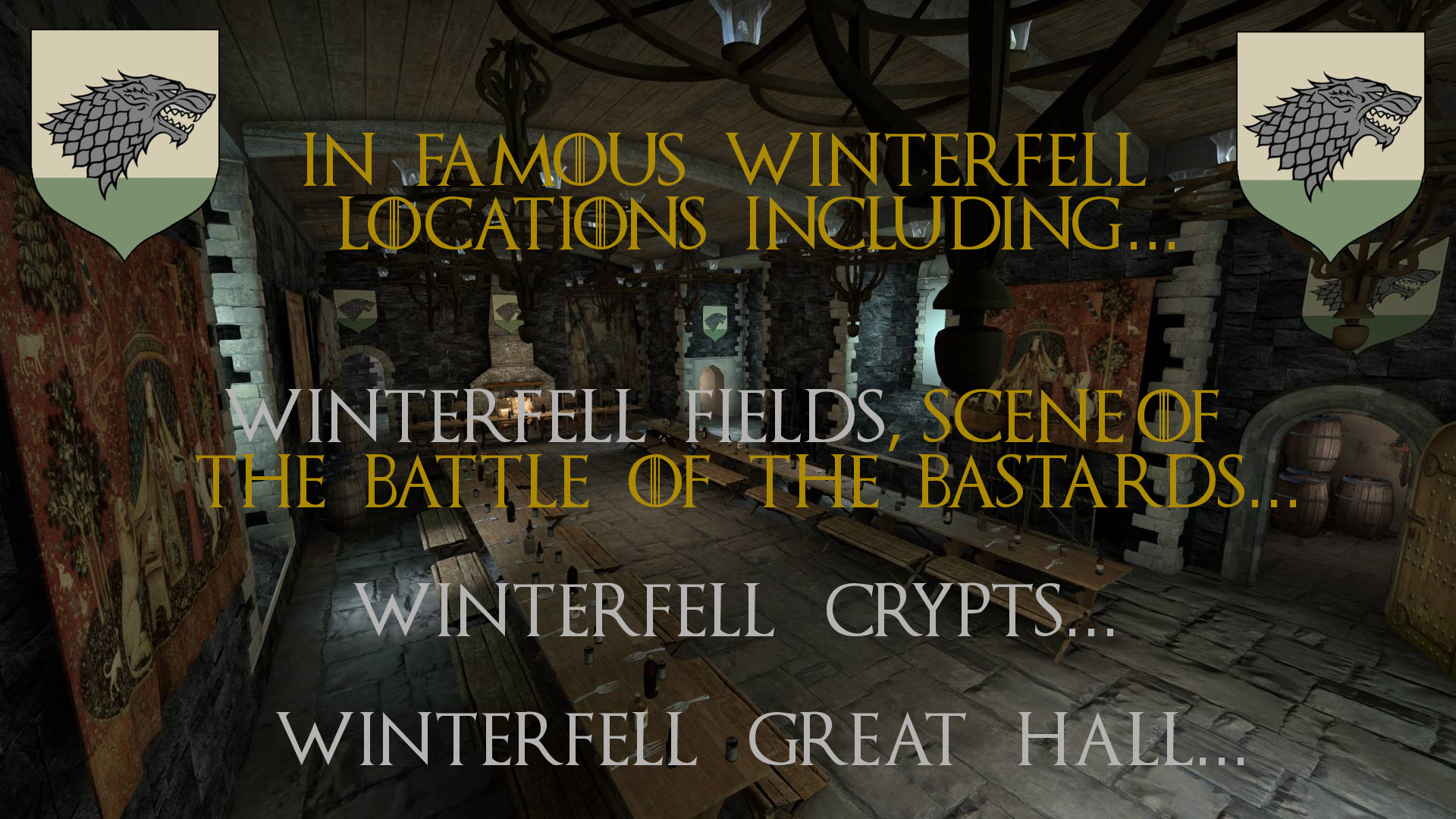 Potential Issues & Advice
- Contextually the Winterfell Fields should be flat, but this would hinder gameplay so the terrain has been altered for more dynamic gameplay.
- Some of the swords/crossbows may look somewhat odd in certain lighting, especially visible in the Winterfell Crypts level, there is little I can do about this I am afraid.
- I said there would be custom direwolf/hound models, I had these but they caused immense graphical glitching, so I've had to cut them out.

Acknowledgements
A lot of the content is custom, and some of it is not my own, hence many thanks to the following people:
- HBO - Image, assets, soundtracks
- FireWavezZ - Silkroad textures
- Yanzl - de_castle assets
- zaoman - Dev textures
- Cheroke98cz - Chandelier prop
- Pre-release testers: Joram, Blade, JBH_Splosion
If your name should be on this list and I missed it please don't hesitate to contact me and you will be credited.

All of my maps are free and non-commercial, if you enjoyed playing this or my other maps, please consider supporting me via the links below and viewing my other releases.

U.S.S Enterprise May 3 @ 6:04pm
This.... map is a level of godhood I thought never reachable, especially for CSGO

but i have some problems, when ever I or a friend joins the stark side (ct) our cs crashes