Store Page
Arma 3 >  Workshop > MusTanG's Workshop
This item has been removed from the community because it violates Steam Community & Content Guidelines. It is only visible to you. If you believe your item has been removed by mistake, please contact Steam Support.
This item is incompatible with Arma 3. Please see the instructions page for reasons why this item might not work within Arma 3.
Current visibility: Hidden
This item will only be visible to you, admins, and anyone marked as a creator.
Current visibility: Friends-only
This item will only be visible in searches to you, your friends, and admins. 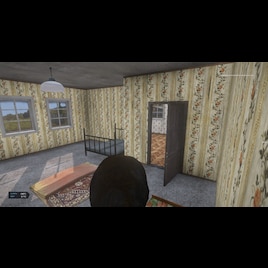 MusTanG
Online
See all 1030 collections (some may be hidden)

This item has been added to your Subscriptions. Some games will require you to relaunch them before the item will be downloaded.
Description
This mod brought to you by DirtySanchez and DONKEYPUNCH.INFO

Maca has in fact released DS_Houses with Torndeco. Their lack of working with the community on projects like Open Chernarus Project and only making things for their own personal monetary gain is not community like behavior.

Sharing is Caring and always lend a hand to your neighbor!

Search and Replace PBO is included now.
This will run on the server postinit. Meaning PLUG AND PLAY for server owners.
No need to replace buildings on your own.

For bug reports use our Forums, a new header is being created today for this mods bug reports
BUG REPORTING: http://epochmod.site.nfoservers.com/donkeypunch/index.php?topic=631.0

The original work was done by ARGUMENT and released in this thread at BIS: https://forums.bistudio.com/topic/171990-wip-buildings-of-russian-village/?hl=houses

Thank you all for supporting DonkeyPunch.INFO!!!!!

If anyone has any enterable buildings they would like to add to this mod, or if you have any fixes in place for something you found. We encourage you to comeon over and have a chat n a beer :)
Another UPDATE:
[Added] MultiMap / MultiMod support for Chernarus and napf / JBAD
[Fixed] Surface and Penetration and Texture PopUp errors
[Fixed] All ca\data paths in models adjusted to compatible arma 3 a3\data_f paths

UPDATE:
[FIXED] Original Source UserActions had Open Door and Close Door reversed on some of the houses.
[RAISED] Original armor setting was equal to 100. new value is equal to 1000.
[CLEANUP] Started cleaning up of configs

The CODE is no longer needed. ALL MAPS SUPPORTED NOW!!!
I do a check for each building before attempting to replace the building on the map.
ENJOY!!!
< >
260 Comments

Thanks for the info.
Im a little pressed for time as of late.
Have you any logs from testing for me to peruse before making the suggested changes?

if you want easier to chat solution, join up on my discord for DonkeyPunch:
https://discord.com/invite/zVjeBRY

Jaffa Feb 28, 2021 @ 7:19am
Additionally, a check for if the original building is already hidden before replacing it would be good to keep compatibility with the editor hide terrain objects module

Jaffa Feb 28, 2021 @ 7:13am
Hi, I've noticed a fairly easy to fix bug in the search and replace pbo.
In `eXpochSearchNDestroy.sqf` at the top there's a check for a var which is attempts to stop the replace process if that var is defined and set as true, currently it uses a nested if which causes the exitWith to simply exit from the isNil and continue the replace process anyway.

It has been a while since I've done any tests or used this.
It was the first release of its type and evolved a great much over its time.

You can try it out on any of these:
**You can use CUP / A2OP / A3MP / AiA and these should work fine.**
Have not been on Arma in quite some time, mostly IRL and some DayZ

Discord link in case we discuss more about your tests
https://discord.com/invite/zVjeBRY

random Techpriest Aug 11, 2020 @ 1:30pm
Does this Mod work with other Chernarus-Versions, like Redux? I know that on this Version, quite a lot of Buildings are usable, but more and higher quality is always better imho.