Store Page
RimWorld >  Workshop > ShadowTani's Workshop
This item has been removed from the community because it violates Steam Community & Content Guidelines. It is only visible to you. If you believe your item has been removed by mistake, please contact Steam Support.
This item is incompatible with RimWorld. Please see the instructions page for reasons why this item might not work within RimWorld.
Current visibility: Hidden
This item will only be visible to you, admins, and anyone marked as a creator.
Current visibility: Friends-only
This item will only be visible in searches to you, your friends, and admins. 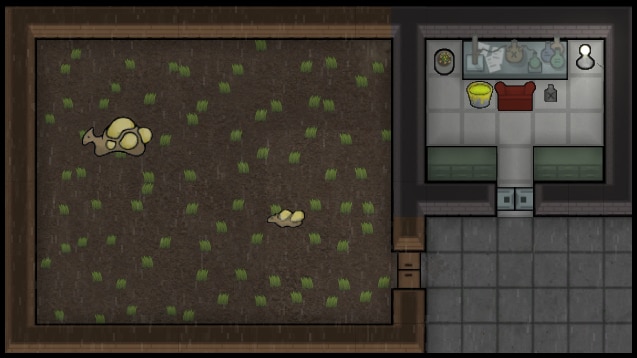 ShadowTani
Online
See all 1767 collections (some may be hidden)

This item has been added to your Subscriptions. Some games will require you to relaunch them before the item will be downloaded.
Description
Enables the extraction of Neutroglycerin from Boomalopes and Boomrats that can be used to craft Neutroamine and ChemFuel.

Note: This mod will overwrite the vanilla B18+ feature of milking Boomalopes for ChemFuel directly.

Details:
Neutroamine is unlocked as a crafting recipe together with the Drug Lab (no additional research required). It takes 2 buckets of neutroglycerin to refine one bottle of neutroamine.

Neutroglycerin can also be used to produce ChemFuel at the Refinery. It takes 7 buckets of neutroglycerin to make one batch of 35 ChemFuel.

About:
The mod is not designed for large scale drug operations to prevent making trade of neutroamine entirely redundant. It's not impossible to make profits on drugs this way though, but may require large herds to get good stocks out of it. For an average colony's internal medicine needs and modest drug abuse a smaller herd (relative to colony size) should be sufficient. Let me know if this balance is off in some way.

Note that colonies that use Penoxycyline every five days and colonies with more than 20 pawns is not considered average in this context and the balancing is expected to be off for these colonies.

Language Support:
This mod supports English. Other language support have been discontinued.

Mod Support:
For immersion or similar reasons this mod provide additional content with the mods listed below; the fixes are applied automatically.

Feel free to suggest other meaningful immersion fixes. But take note that I won't go beyond the scope of the core of this mod (i.e. adding different chemicals etc.), and the other mod.

Optional Content:
Some versions of the mod have an optional folder. I recommend a manual install if you want to dabble with these. From V1.1 and up these optional features are available in this mod:

Copy and paste the extra content you want from their respective folders into the Common folder (the files inside have the same folder structure as they would had if they were in the mod by default). Steam subscribers can find this folder at "\Steam\steamapps\workshop\content\294100\765351437\".

Mod Conflicts:
Let me know if you discover any conflicts so I may list them below:

• No known conflicts for V1.1 or V1.2
• Combat Extended have not yet been updated to 1.3, thus fix is disabled for this version for now

Note: I can't help with conflicts due to outdated mods, use those at your own risk.

Manual Install:
For an automatic installation ignore this and simply click the subscribe button. A manual install is recommended however for those wanting better control over when their game and mods is updated.

Download links for current and legacy versions, as well as install/uninstall instructions can be found in the original release post:
• Ludeon forums[ludeon.com]
< >
227 Comments

ShadowTani  [author] Jan 11 @ 4:21am
@EFX Unfortunately, immersion fixes with other mods will be at a minimal priority for a while. Due to health issues that are similarly not being particularly prioritized in the healthcare industry these days I frequently suffer from vertigo which makes it difficult to work with code and scripts. I can handle my own code and xml files somewhat, thus I will keep updating this mod if updates need to be made for Rimworld itself.

However, working with other people's code and scripts to add immersion between mods ends up being rather straining for something that can be said to be a luxury feature, it's not talk about compatibility issues after all. I tried stretching it when doing the 1.3 update, but it didn't go too well. In short, I have to prioritize my daily responsibilities atm versus that which risk getting me bed ridden. I'm sorry.

EFX Jan 10 @ 9:43am
Dang, still no update for the Boombat for Vanilla Animals Expanded?

ShadowTani  [author] Jul 21, 2021 @ 6:54am
@marchingknight11 Have you tried unsubscribing and resubscribing?

When I subscribed to myself as a test I got the 1.3 version of this mod as intended.

marchingknight11 Jul 21, 2021 @ 6:22am
so mod manager still shows that it is incompatible, despite seeing here in the workshop that it has been updated. is it possible that there may be a missing configuration somewhere?

ShadowTani  [author] Jul 20, 2021 @ 5:24pm
It's updated now, sorry for the delay guys! I must admit I forgot time fiddling with the ideology creation before I started the test colony... But everything is tested now, and it should work fine with both 1.3 on its own and alongside Ideology.

However, please note that the Combat Extended Immersion fix is disabled for 1.3 for now, so those who uses that mod should let me know when it updates so I can confirm there's no conflicts before enabling it again. Thank you!

And I might also put the previously requested genetic rim immersion fix in the optional folder for now. I don't feel comfortable enabling it for everyone just yet as neutroglycerin vs chemfuel balance will be somewhat different for many of the animals.

Critax May 17, 2021 @ 10:36am
Found the "error"... and its on my side xD.
I have a mod installed called "Vanilla Animals Expanded — Australia" which adds an animal called a "boombat" which looks nearly identical with the other boom aninmals... i did not know that htis animal was not vanilla and assumed, that it does also give Neutroglycerin.. obviously this is not the case.
Your mod works just fine and im sorry for the inconvenience haha, maybe you can add an optional file to add said animal to also produce Neutroglycerin.

Critax May 17, 2021 @ 9:42am
Quick update.. if i have a clean install, the boom animals DO give Neutroglycerin.. very strange.. will investigate further

Critax May 17, 2021 @ 9:32am
Sorry for the late response, i dont think that i have any mod installed, that changes the boom animals. The mod is already the last on the load order.. will try with a fresh new save and no other mods and see if the problem occurs again..
I have the Vanilla Furniture Expanded Power mod installed that ads generators that burn fuel and also other power resources but that the only one thats even remotely linked with fuel and boom animals..
< >