Store Page
Starbound>  Workshop > Storm_UK's Workshop
This item has been removed from the community because it violates Steam Community & Content Guidelines. It is only visible to you. If you believe your item has been removed by mistake, please contact Steam Support.
This item is incompatible with Starbound. Please see the instructions page for reasons why this item might not work within Starbound.
Current visibility: Hidden
This item will only be visible to you, admins, and anyone marked as a creator.
Current visibility: Friends-only
This item will only be visible in searches to you, your friends, and admins. 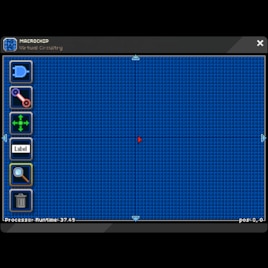 Storm_UK
Online
See all 8348 collections (some may be hidden)

This item has been added to your Subscriptions. Some games will require you to relaunch them before the item will be downloaded.
Description
Macrochips
Create 'virtual circuits' inside Macrochips, saving footprint space in game world. Interact with one to open its console/circuit board where you can place a wide variety of components and labels.

Amongst the large number of components available for circuit building are logic gates, timers, flip-flops, shift registers and encoders/decoders.

The tiny Remote Macrochip has a single Input node.

Also available are Megamacrochips with 24 - TWENTY FOUR - nodes, a dozen each of input and output!

Main Input and Output components are placed on a circuit to correspond to the objects own nodes.

Each size of Macrochip can also utilize Remote Input and Remote Output Nodes, which can be renamed, hidden or camoflagued as foreground blocks similar to those behind them. Remote nodes can transmit / receive from anywhere on the same world.

Any macrochip can be hidden or camoflagued via its Options menu (opened with [O] key or the Cog icon at top right of its console window.) They also can have their 'skin' outer casings freely changed to better fit certain decors: the six currently available skin styles are Default, Foundry, Service, Apex Cool, Avian Temple, and Avali Tech. (Feel free to suggest more!)

Circuit Data retention
Macrochips retain their circuit data from being placed objects when they are returned to being inventory items and can easily be identified in your inventory by being named Programmed Macrochips (or the equivalent for the Remote Macrochip and Megamacrochip versions) and also noting the circuit name, if you have assigned one, in the items description.

Built-in Manual and Wizard
Includes a manual opened with F1 from the Macrochips console and a Wizard whose tips can be toggled on/off with [H] or via the options menu.

With this you can upload/download/rename circuits from inserted macrochips or upload from read-only datasticks (which are obtained by pressing [E] in a macrochips virtual circuit console, causing them to eject a datastick item), allowing you to quickly copy virtual circuitry. Also allows you to erase the data on a macrochip.

Note: Alt E will eject a datastick and also write the necessary /spawnitem command to the starbound.log file for use in admin mode. This may be handy for passing circuit data to other players/characters.

Additional objects
Also includes NAND, NOR, and XNOR Gates and a Relay to complement the logic objects already in vanilla game.

An Item Sensor which detects whether a particular item or object is nearby (including if contained in a players inventory.) Place an item into the sensors single slot to initially set it.

A Definable Button. Whilst unwired interaction with this button opens a window in which you can alter the buttons active signal output duration and depress duration, as well as its appearance for on and off states in multiple colors and available decals. Once wired up it acts like, well, a button - or switch, if you want it to. :)

A Tintable Spotlight. This spotlight has six inputs. The top three set its facing direction to Left, On/off, and facing to Right (if neither or both the Left/Right inputs are true, the spotlight points down.) The bottom three are to set the Red, Green and Blue light tint on/off. Not really a logic object but added as a bit of fun.

The Macrochips, remote nodes and these other new objects can all be found at your Wiring Station.

Revised vanilla game wire objects
The vanilla logic gates, Delay, Dlatch, Countdown Timer and the various set Timers (along with the added logic gate objects mentioned above) can all be interacted with whilst they are unwired to change their appearance, cycling through Default, Service, Apex Cool, Avian Temple and Avali Tech variant styles. (Note the Foundry style is not included as they exist as seperate objects in game) and a final 'skin' which hides them from sight fully.

Bug Reports
http://steamcommunity.com/sharedfiles/filedetails/?id=876960122 WIP Version now available, for those willing to chance the bugs and help me test.

This mod is pretty complicated, so some bugs will slip through from time to time as I update with changes or additions to it - hopefully these will be caught at the WIP stage. If you encounter one, please provide a link to a copy of your last starbound.log file (which can be found in your Starbound storage folder) prior to the game crash/console blackscreen at pastebin .com or similar site, which should help me in tracking down and resolving such issues. Hopefully such bugs will now be restricted to the WIP version of course.

Thank you for your support of this mod!

Mod User examples
I'd like to see how you folks out there are using this mod! Feel free to take/post some screenshots and give me the links, and you can show off your wiring work.

From asus349, some youtube tutorials on Macrochips.
Popular Discussions View All (3)

Dekrosna Dec 17, 2019 @ 3:59pm
I like the idea and concept of this mod having the function of ten (or twenty) different components in one 2x4 item... I just wish that the information on each of the pieces was more clear... I'm trying to set up one of these so that it is activated by 4 switches that turns on a shield generator. the only way to disable the generator being through a multi key confirmation system that would activate alarms when the generator gets shut off... also having traps (I have the trap table mod) to be active while the generator is active. (no I don't play on a server I just want to be able to figure out how this mod works for if I do end up on a server with this and other mods that I have.) purpose? 1: keeping my ship safe, 2: keeping any colony that I build safe, 3: keeping those other players who are thieves out of my stuff.

Bonberjean Dec 12, 2019 @ 12:36pm
is there an item sensor that only detects a type of item instead of a particular item in a player's inventory? like if it detects only food, junk or weapons in general but not a particular one

xMGZx Nov 29, 2019 @ 11:23am
An Update to the ALU, I just posted a mod patch called "Macrochip Patch" which solves this problem. You need to look up those exact words in the workshop if you want to find it.

Pretender6 Nov 23, 2019 @ 7:15am
Dont know about resetting the chip, is it erasing everything you worked before saving?
I have not even got starbound installed atm, and not planning to play it for some time.

Otherwise i dont have experience that before myself

The general question is also, what application does the chip need to be?
Switchboard? To specificlly operate doors and lights from a central point?
Event controller? To provide specific action tied to activators, for a story reason?


The little i have worked with, i just experience lag when dealing with a all encompassing circuit

A-Vladimir Nov 22, 2019 @ 10:03pm
@Pretender6 A few times i had problems where it would just reset my whole setup, it would jut wipe the macrochip clean, i don't know why and how it happened though.

indeepj Aug 30, 2019 @ 8:05pm
This Is Going To Be Unbelievably Useful!
Now, To Continue My Search For Craftable Labels Where You Dont Need To Go To The Damn Outpost (Its, For Convenience)

Woa There Aug 5, 2019 @ 12:27am
@SpartanWar118 the randomiser only picks from outputs that have wires connected to them. Make sure more than 1 of the outputs are used to get it to work properly.
< >