Store Page
Arma 3>  Workshop > Roby7979's Workshop
This item has been removed from the community because it violates Steam Community & Content Guidelines. It is only visible to you. If you believe your item has been removed by mistake, please contact Steam Support.
This item is incompatible with Arma 3. Please see the instructions page for reasons why this item might not work within Arma 3.
Current visibility: Hidden
This item will only be visible to you, admins, and anyone marked as a creator.
Current visibility: Friends-only
This item will only be visible in searches to you, your friends, and admins. 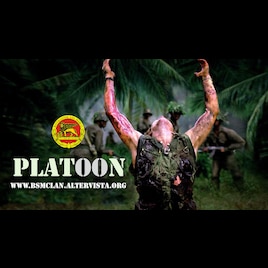 Roby7979
Offline
See all 119 collections (some may be hidden)

This item has been added to your Subscriptions. Some games will require you to relaunch them before the item will be downloaded.
Description
US marines landed in Da Nang in 1965, they are about to go into action in direct combat
Fully confident in its strength and in its plans, General Westmoreland August 18, 1965 and then began the operation Starlite, code name of the first American offensive of "search and destroy" of the war: 5,500 Marines destroyed a Viet Cong stronghold on the peninsula Van Tuong, in Quang Ngai province [95]. Viet Cong and North Vietnamese forces, however, understood by this first defeat pitched the danger of directly face the overwhelming US technological superiority and then concentrated on guerrilla warfare, very small to inflict losses and slowly wear down the powerful enemy.

During the second half of 1965, US military forces intervened in the Vietnamese territory. The American soldiers arginarono Advanced dangerous of North Vietnamese forces in the Central Highlands, where took place the battle of Ia Drang in October-November 1965, which ended, after bloody clashes, with the partial success of the US air cavalry troops engaged for the first once against the feisty regular North Vietnamese units [96]. In addition, the General Westmoreland troops went into action to counter the forces active and dangerous Viet Cong in the capital area and to stabilize the situation along the demilitarized zone boundary. In December 1965 he took place the Harvest Moon operation with the Marines for the first time engaged in the difficult terrain of rice fields.

in 1968 in a platoon of 12 soldiers it was given the order to clean up some of the villages occupied by the Vietcong forces and entrusted a very important..destroy task a missile base S-75 SAM.

if u like missions based on movies try it too:
http://steamcommunity.com/sharedfiles/filedetails/?id=855920845

Sleaz Feb 25, 2019 @ 1:02pm
uhh can we get the abaility to save? or at the very least have the abailty to revive? this is a bit of a tough mission with no saving and no revives.

CartoonHead24 Jul 7, 2018 @ 9:32am
not a fan of getting ambushed by a VC boat and getting the whole squad wiped in seconds, maybe get rid of the boat