Store Page
Stellaris>  Workshop > Delincious's Workshop
This item has been removed from the community because it violates Steam Community & Content Guidelines. It is only visible to you. If you believe your item has been removed by mistake, please contact Steam Support.
This item is incompatible with Stellaris. Please see the instructions page for reasons why this item might not work within Stellaris.
Current visibility: Hidden
This item will only be visible to you, admins, and anyone marked as a creator.
Current visibility: Friends-only
This item will only be visible in searches to you, your friends, and admins. 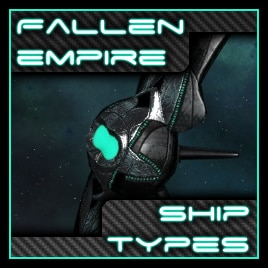 This item has been added to your Subscriptions. Some games will require you to relaunch them before the item will be downloaded.
In 1 collection by Delincious
Delincious' Stellaris Mods

Enjoy purging those filthy savages from your sexy superior ships.

Mod Features:
Only the black/green color scheme is included at the moment. Other color schemes may or may not come later.

Special Thanks
Want to play with Ancient, Pirate, Robot, Swarm, or Extradimensional ship types? Or other cool stuff I've made?
Then check out my other mods: (100% Compatible with this one, run them together!)

Great Doge of Venice Oct 14, 2020 @ 12:35am
Yes, because despite being graphical, the city type will conflict with the new type of update so it will crash, usually you could just cut out the city from the mod and leave only the ship types and then should work, keep in mind, you dont have a model for later ships, so it will be missing or have a standard specie appearance, hope it helped.

I even wrote before if i can update, but sorry i dropped modding stellaris for many reasons, sorry for false hope.

Saides Oct 11, 2020 @ 5:01pm
Does it work or not?
Do these diferent ship models appear or not ??
Does it crash on loading menu ???
I wont bother subscribing until I hear back