Store Page
Garry's Mod>  Workshop > Extra's Workshop
This item has been removed from the community because it violates Steam Community & Content Guidelines. It is only visible to you. If you believe your item has been removed by mistake, please contact Steam Support.
This item is incompatible with Garry's Mod. Please see the instructions page for reasons why this item might not work within Garry's Mod.
Current visibility: Hidden
This item will only be visible to you, admins, and anyone marked as a creator.
Current visibility: Friends-only
This item will only be visible in searches to you, your friends, and admins. 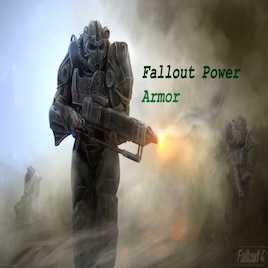 Extra
Offline
See all 6682 collections (some may be hidden)

This item has been added to your Subscriptions. Some games will require you to relaunch them before the item will be downloaded.
Description
***IMPORTANT**
I have fixed the invisible armors issue as well as the invisible Remenants/X01 Chest Piece issue. However, the latest Gmod update broke a few of the models and they stopped appearing for some strange reason I could not comprehend, so I had to remove some armor pieces unfortunately :(
--
Before you say "I cant see my power armor" Type this in the F**KING console: powerarmor_thirdperson 1

**READ**
Frequently Asked Questions
--
Q: When I clean up the server, I cannot exit the Armor!
A: A fix is being made for this.
--
Q: How do I exit Armor??
A: Either press ALT or type the console command: 'PowerArmor_RemoveArmor'
--
Q: I can't spawn the Armor?!?! How 2 spawn Armor?!?
A: You're a f***ing idiot.
--
Q: I can't see the Armor on me in the Camera Tool?!?
A: You need to have Third Person enabled to see the armor on you. NOT GMODS DEFAULT THIRD PERSON, use the addons version! Look in Console Commands further down. Other players in multiplayer will see your armor perfectly fine regardless.
--
Q: I cannot get into the armor!?!
A: Make sure to look down at the leg area when behind the armor and press 'E'
--
Q: My Fusion core doesnt work!?
A: Watch the video and see how I did it. Place the core near the bottom of the legs and it should work fine.
--
Q: How do I spawn the armor?!
A: Spawn an armor stand and press 'E'
--
Q: Why do I still take a lot of damage with the armor on?!?
A: The damage resistance is perfectly balanced so its not masively OP
--
Q: How Do I disable the overlay?
A: Its a console command. It only effects the player that types it in. The console commands have been writen down further down

To Spawn press 'Q' and go to 'Entities' and then Power Armor, Spawn the Armor Stand and press Done
Press 'ALT' to remove the armor
Popular Discussions View All (16)

alltimemaverick Jul 7 @ 8:17am
You might say that it's balanced but it's severely underpowered and is way too slow, it beats the entire point of power armor in my opinion

alltimemaverick Jul 5 @ 8:44am
can other players see this?

Wolf Mar 21 @ 6:55pm
Too bad the mod is dead, I would of suggested to muffle every sound while wearing the helmet to add realism and to feel that you're in the helmet.