Store Page
Project Zomboid>  Workshop > MonolithicBacon's Workshop
This item has been removed from the community because it violates Steam Community & Content Guidelines. It is only visible to you. If you believe your item has been removed by mistake, please contact Steam Support.
This item is incompatible with Project Zomboid. Please see the instructions page for reasons why this item might not work within Project Zomboid.
Current visibility: Hidden
This item will only be visible to you, admins, and anyone marked as a creator.
Current visibility: Friends-only
This item will only be visible in searches to you, your friends, and admins. 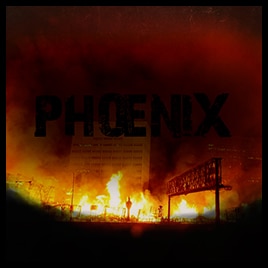 MonolithicBacon
Offline
See all 1603 collections (some may be hidden)

This item has been added to your Subscriptions. Some games will require you to relaunch them before the item will be downloaded.
Description
Phoenix is based around a typical "science park", in which main roads play host to stores, garages and occasional houses, while side streets are clustered with large offices, storage blocks and educational establishments.

My main idea with Phoenix was to diversify the gameplay of PZ to take away from the "run and raid" of Muldraugh and explore the new concept of high-risk, high-reward gameplay. Each area within Phoenix is planned to have at least one high-risk location which pushes the following:
Crucifix-design (a main road with intense-resources, and quieter outskirts)
Exposed surroundings
Minimal escape routes
Large concentrations of zombies
Poor loot in easily-accessible areas
High-reward loot in upper floors and locked rooms
As their time in Phoenix develops, players will hopefully feel urged by desperation to attempt entry to these high-risk locations, and will undoubtedly require all of their skills to persevere through.

"Nothing short of a through-route, Phoenix is a science park attached along a major roadway, offering convenient access to local industries, education centres, and St. Domingo, the region's Hospital. For many, Phoenix is a mere place to pass through, but for office workers, merchants, students and more, Phoenix is a place of business."

Please note that images above are presented in-process, and will change over the course of the map's development. Phoenix will be periodically updated and will eventually be integrated into the base map. At present, Phoenix is a standalone map only.

Thanks and credit:
ManBearPig - For his First Look video and publicity
Seiben - For his exceptional help in finding bugs
Seiben & 956Texas - For their concept of the Military Tents
NeutralNZ1 - For the concept of the Quarantine Checkpoint and the Office Building
Blindcoder – For his excellent work on the PZ Map Override - http://pzmap.crash-override.net/?desc=Phoenix_1dot1L0

Question about builds
The eldest ring

Pertominus Mar 29 @ 8:11am
@freeBird-550 i have been working on a new version of it for a few months. PM me if you want to see progress or contribute

FreeBird-550 Mar 29 @ 8:08am
I'd love you help you move your map and render the in game map if you're too busy:) love your work and would hate to see it end up unused.

YuroKashine Feb 22 @ 1:53pm
Please fix the position and on map render of this mod! i just walked through it and the town is amazing but it collides with the vanilla map a lotttt. i really wanted to use the mod but i cant since it breaks off all kinds of roads and also blocks off the road to bedfort. theyre positioned right after eachother which is really nice. sadly enough the map just shifts a bit and it looks like it doesnt fit in the world anymore :( plus it does not render on the map... i still see the vanilla map when i walk through phoenix. i would love for this to be fixed ^^

Pertominus Feb 2 @ 12:23pm
woa!.....well i have been rebuilding phoenix as a solo game project to learn how to use the map editing tools. i loved it when i first started playing PZ and i thought it was abandoned and forgotten. thought it would be cool to see it once again. LMK and i will send you a screenshot

Vaeringjar Jan 23 @ 6:28am
@MonolithicBacon
check out the "AIZ Expansion 3" mod uploaded recently, it's a wip update of an older mod, maybe you guys can cooperate :)

MonolithicBacon  [author] Jan 22 @ 10:19pm
I am indeed looking into the old files in attempt to resurrect what I can, but unfortunately progress is slow - I am now a professional game designer so time is short! However if any fellow mappers happen to still be active, feel free to get in touch - I would love to re-release this map to the community.
< >