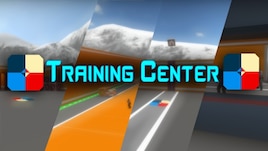 ZooL
Offline
See all 4081 collections (some may be hidden)

- A Walkway, where bots run on a long distance before dying drowned.
- A Target Range, where you can shoot targets, and even a panel to test weapons spread
- A Grenade Training Room, to train grenade throws.
- A 360 Room (not about 360 noscopes and sh1tz) here, bots spawns from multiple angles.
- An Arena Map to shoot enemies in different situations

- Remade the Spray Panel on request
- Added Impact commands on request. * Thx to Bucket for those requests
- Updated NAVs
- Fixed... other things... Again..

- Added Grenade training <-- had planned + lot of requests about releasing it
- Fixed shadows in some part of the map
- It's now possible to get behind the red car in the arena room <-- was requested too
- Fixed few options
- Fixed Walkway, where bots could be stuck behind the white wall <-- bug fix was requested

- Added the "Wall Of Huge Donators"

- Fixed weapons due to the animation update
- Changed default glock to p2000/usp
- Implemented the 'skins for all teams' stuff, so you can get your skins from terrorist weapons.


GameBanana Link... really outdated version of the map... [csgo.gamebanana.com] if you've never been there, this site is one of the best about customisation, mapping and more.