Store Page
Teardown >  Workshop > Geneosis's Workshop
This item has been removed from the community because it violates Steam Community & Content Guidelines. It is only visible to you. If you believe your item has been removed by mistake, please contact Steam Support.
This item is incompatible with Teardown. Please see the instructions page for reasons why this item might not work within Teardown.
Current visibility: Hidden
This item will only be visible to you, admins, and anyone marked as a creator.
Current visibility: Friends-only
This item will only be visible in searches to you, your friends, and admins. 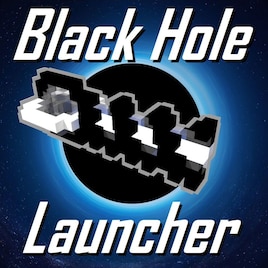 This item has been added to your Subscriptions. Some games will require you to relaunch them before the item will be downloaded.
In 1 collection by Geneosis
Geneosis' Tools

Now in v4.1.1! (see full patch notes)
CLASSIFIED
This prototype combines the latest antimater synthesizer technology to open a black hole in the antigravity containment unit and uses a miniaturised graviton accelerator to induce a forward momentum and eject the black hole at high velocity. Usage strictly restricted to testing facility under the supervision of a mandated technician.

KNOWN BUGS
- Some lights (including the sun) may be visible through Black Holes.
- Black Holes may fail to destroy vehicles at first try.
- Very large Black Holes have a lumpy shape.

Originally posted by About this mod:
You cannot play a game about destruction without having the ultimate entity of destruction that is a black hole :p Hopefully the modding community agrees on that point and I found several black holes mods when I looked for them on the workshop :) Still none of them combined the visual quality I expected from a black hole with the massive destrution it should have... So I decided to make my own!
I thought the black hole visuals would not be that hard, and they were not in the beginning... Before I noticed that the game engine have a hard cap for particle size, which means I could not make my black sphere particle as big as the map :/ To accomodate that limitation, I had to use the fibonacci sphere method used in some other mods to make a larger sphere out of small spheres (this is why large black holes looks lumpy).
Same goes for the handy MakeHole() function provided by the game API, sadly it appears to cap out at a certain hole radius, meaning I had to make several holes all around the black hole surface for really large black holes. Obviously the game started to lag as soon as I implemented this method, so I had to slow it down a bit: I decided to prevent the black hole from growing unless all points around the current sphere have been destroyed. This slows down the grow speed a lot when the black hole reaches a critical size, but at least framerate remain decent ^^
Last but not least, I wanted to make a cool grenade-launcher-like gun for this mod, and I took some time to build one in MagicVoxel. Then came the hard part of animating it: I wanted to make a single voxel (representing the loaded black hole) rotate on its center inside the gun, but that didn't quite work as planned... By default the position of a voxel is it's "bottom left" corner, meaning the rotation would happen around that corner instead of around the center. I had to come up with some annoying offset calculations to be able to move the rotation center to the center of the voxel, but it seems to be working okay in the end :)

aguynamedjeffrey Jun 27 @ 6:31pm
can you make an option where the black hole doesnt slow down when it reaches a certain size?

RandomReshiram May 19 @ 3:26pm
testing facility where I'm not a rebel

Cnwamw Apr 24 @ 1:26pm
whats the point in the rmb for this mod if it doesnt do anything