Prepare the perfect heist in this simulated and fully destructible voxel world. Tear down walls with vehicles or explosives to create shortcuts. Stack objects to reach higher. Use the environment to your advantage in the most creative way you can think of.
$19.99
Visit the Store Page
Early Access Game
Get instant access and start playing; get involved with this game as it develops. Learn more.
Most popular community and official content for the past week.  (?)
Version 0.4.6 live on main branch
Nov 5
Today we pushed build 0.4.6 to the main branch. It has previously been available for testing on the experimental branch. This is a minor update to fix the most common issues caught after the release. More will come.

Changelog:
Hope you enjoy the game!

Teardown
1,691
171
MUH 144 FPS
No seriously, I haven't put a single minute into the actual game so far because I can't get it to run at my desired frame rate. I have a 144Hz monitor and I may as well use it to its full potential without silly caps provided by the developer. Unfortunately not even the Nvidia control panel can overcome the seemingly hard-coded 60 FPS lock. It's either completely unlocked or 30/60 FPS which is completely non-sensical. I shouldn't have to rely on additional third party applications like Nvidia Inspector or ...
24

Zephyr_2802
1 hour ago
General Discussions
60 seconds is not that much time
Seriously. Most of these mission require more time. I understand that you can set up your path to the escape vehicle and such without a time limit, but ♥♥♥♥♥♥♥♥♥ is the car mission impossible.
5 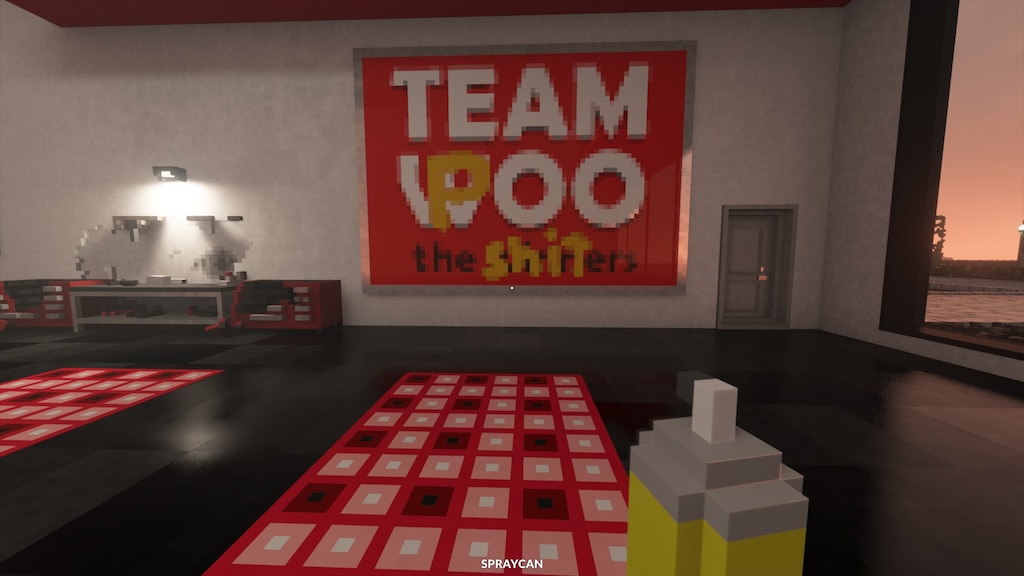 3
8
yepAHHHH heh they don't make jokes like this anymore

1
8
In Harry Potter they have brooms. In Teardown we have these . 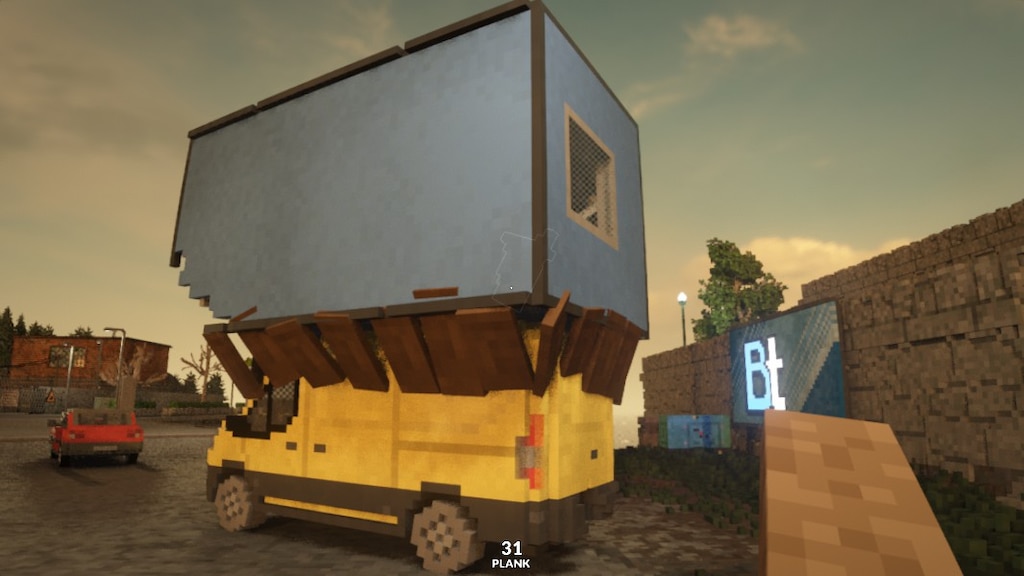 4
4
Im just making the game harder for myself xD 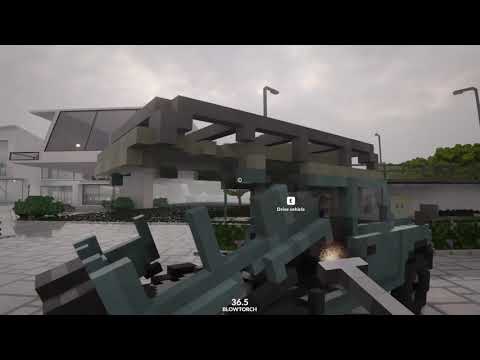 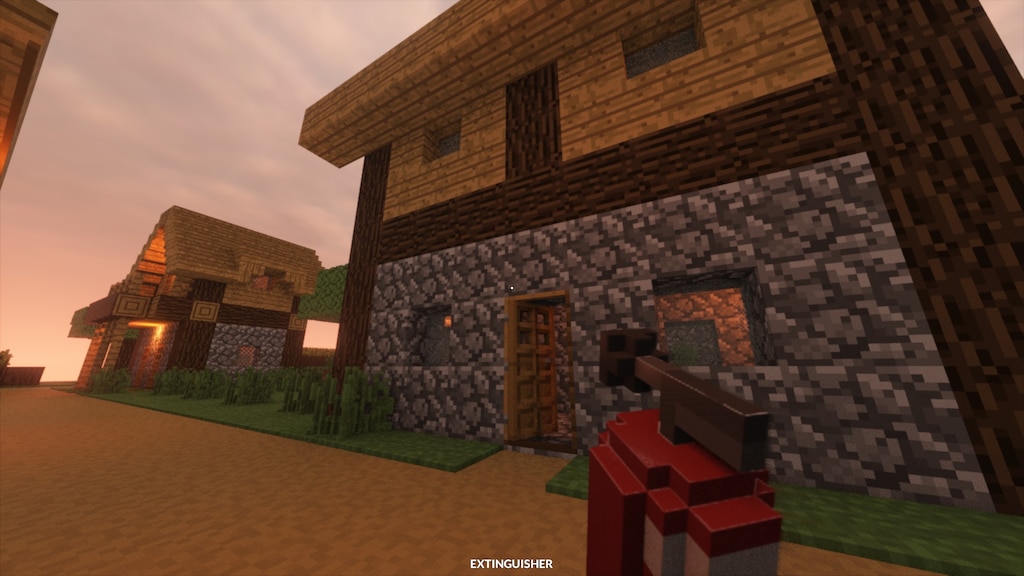 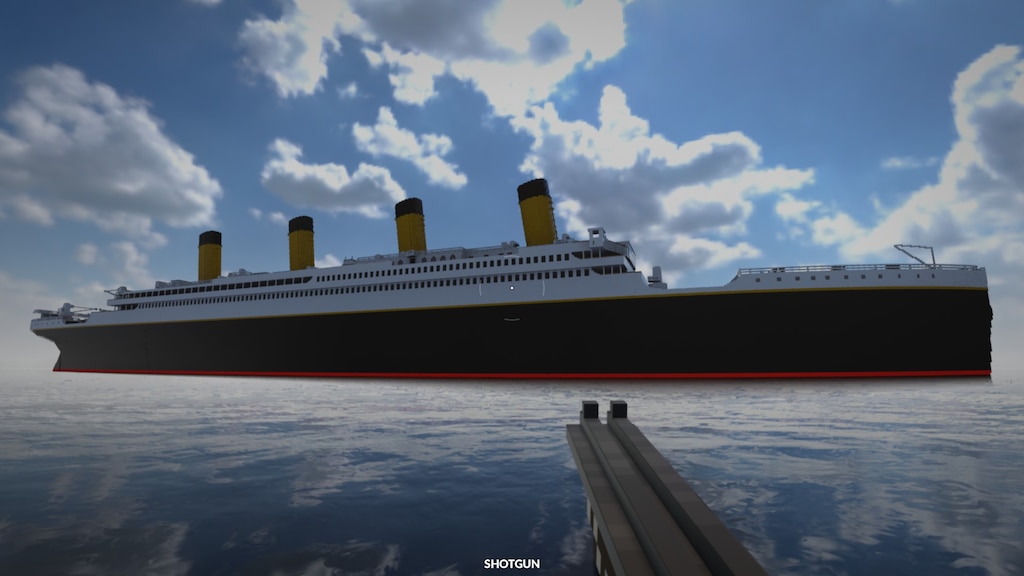 Recommended
32.6 hrs on record
Early Access Review
have you ever been playing, like, skyrim or something, and you walk into an idyllic fishing village off the northern shores, wind whipping your beard about like a cat toy, hoarfrost glazing your eyes... and you go, "wow, i really wish i could knock over the supporting beams of that longhouse, collapsing the roof on those inside along with their furniture, and then light the remains of that longhouse on fire before spraypainting 'pee pee gang is responsible' on the dirt outside!"

why would you do that? that's weird! that's really weird! go do your quests! go beat a wolf to death bare handed and throw its body into the river, because that's less weird and more feasible than what you've just considered doing to that longhouse.

unrelated, but this game "teardown" lets you do EXACTLY that thing you wanted to do with the longhouse, minus crushing people. yet. i guess if you still want to go through with your awful longhouse homicide operation you can play teardown, you weirdo

Recommended
7.2 hrs on record
Early Access Review
One of the most innovative games I've ever played. There is so much more to this than I was expecting, especially for an Early Access game (at the time of writing). I'm curious to see what custom maps and game modes come out in the future as the potential with this engine is seemingly limitless. It gives me a sense of wonder and discovery that I've rarely felt since playing games as a kid. Your imagination is the only thing between you and a creative solution to every mission, which makes it tense and rewarding.

Here is about 5 minutes of game play as I talk through one of my solutions: https://youtu.be/j4dx5dBieos 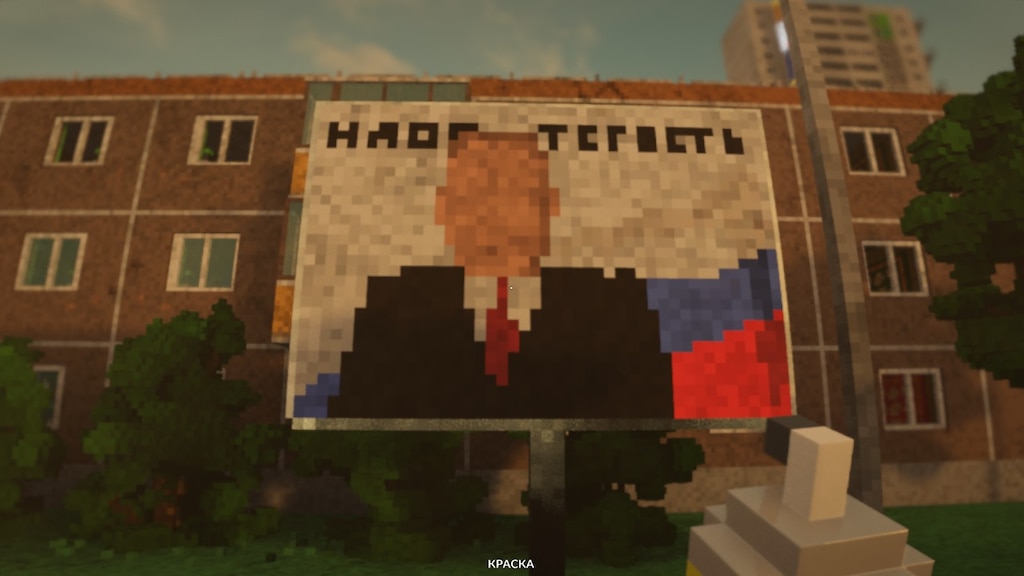 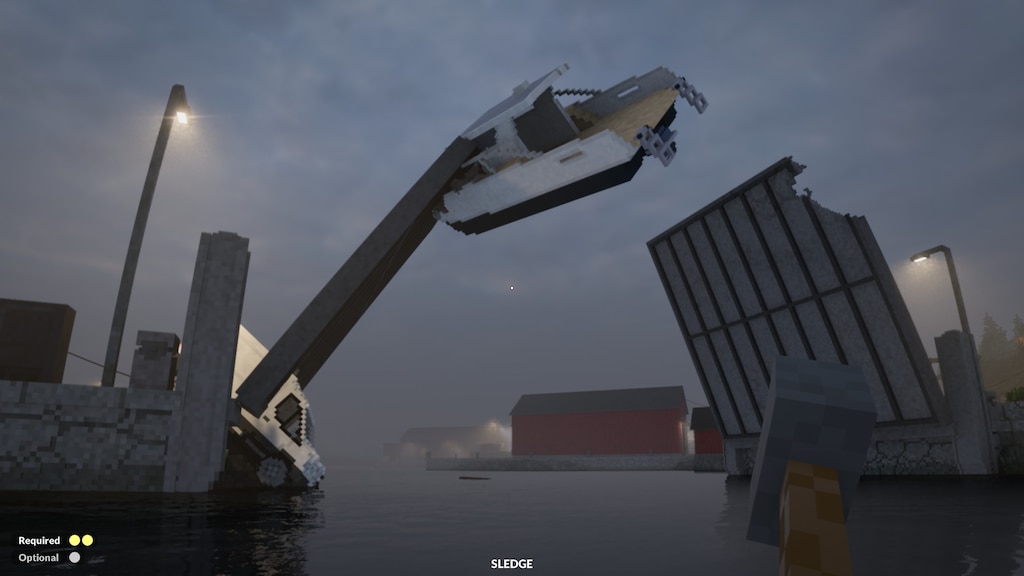 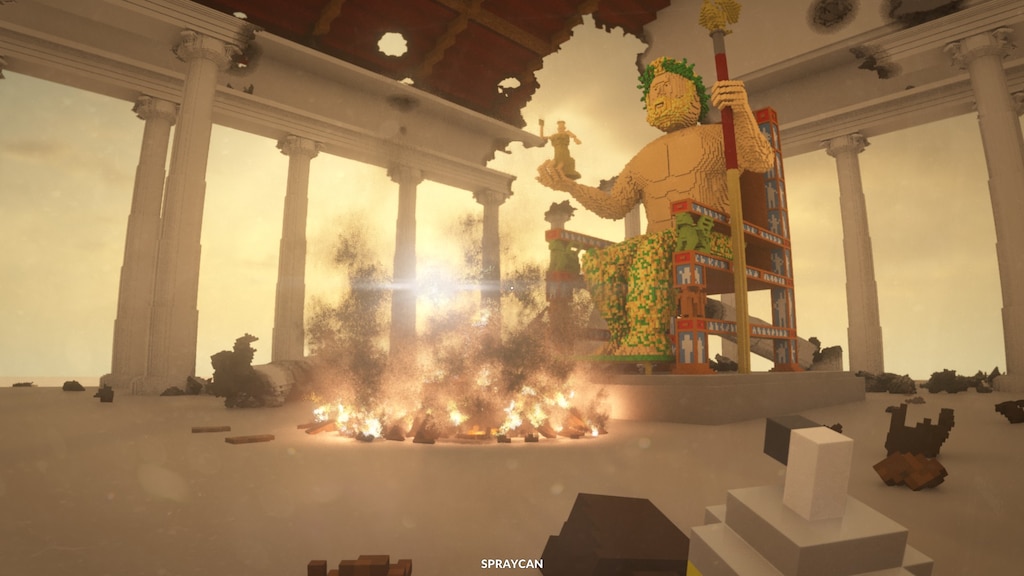 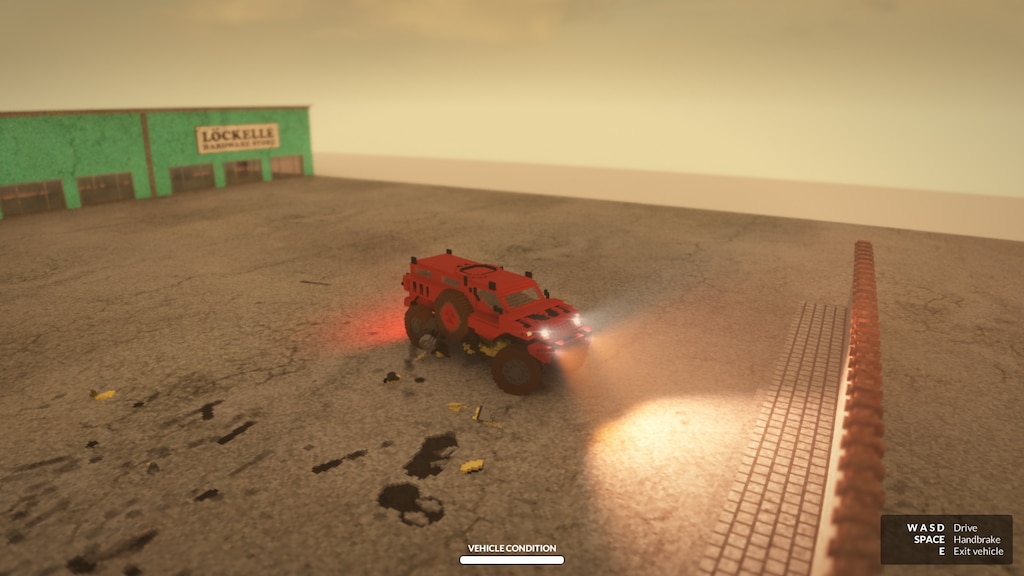 andromeda
View videos
Multiplayer real!?
without a multiplayer some people have nothing to do in the game why is there so little content well if I just can't stand it then why is there no news
14 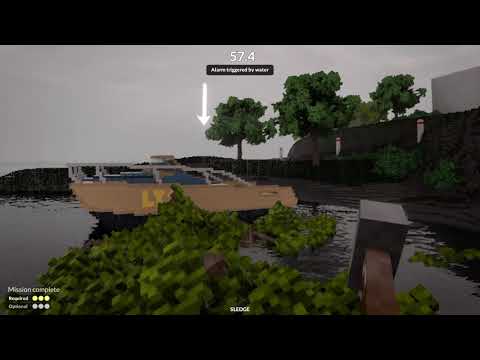 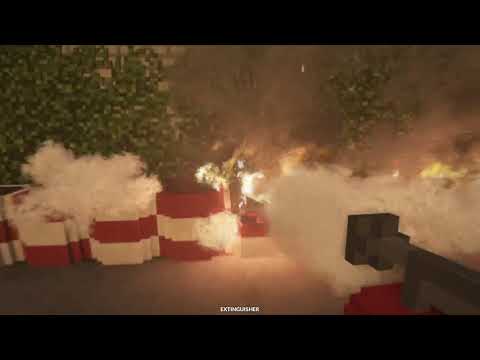 How to drop your base
After far to long, I have figured out what keeps the base up when you destroy everything on the bottom. I have seen a few youtubers try and fail to bring it down.

DARKZIPPER
View all guides
Fine Arts was a great mission...
I learned some useful things... Use planks to bypass annoying spiral staircases Shoot holes in a roof to drop into a room from above Use multiple vehicles to get around the area quickly Leave vehicles part way through automatic garage doors to prop them open Clear a really straight path for your vehicle by dragging stuff out of the way as well as smashing stuff up Too much fire will trigger the ala...
4

Citizen10Bears
15 hours ago
General Discussions
How to unpatch the ability to cut away where the wire is attached
The ability to cut off part of a vehicle while leaving the wire still connected has been "patched." It was a poor decision and it doesn't make any sense from a lore perspective (how is the wire going to know the piece of the car isn't still connected, lol) and just feels like doubling down on poor gameplay design. You can go down to this block right here in alarmbox.lua and change the commented line from true to false. --Check if alarm should be triggered if not alarm then local triggerAlarm = false...
2