Store Page
Divinity: Original Sin 2 >  Workshop > Mistiare's Workshop
This item has been removed from the community because it violates Steam Community & Content Guidelines. It is only visible to you. If you believe your item has been removed by mistake, please contact Steam Support.
This item is incompatible with Divinity: Original Sin 2. Please see the instructions page for reasons why this item might not work within Divinity: Original Sin 2.
Current visibility: Hidden
This item will only be visible to you, admins, and anyone marked as a creator.
Current visibility: Friends-only
This item will only be visible in searches to you, your friends, and admins. 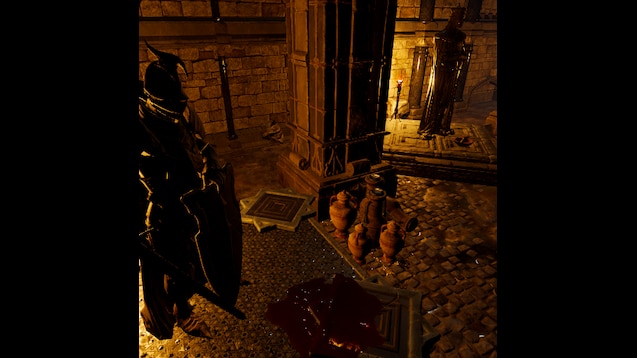 Mistiare
Offline
See the collection (may be hidden)

This item has been added to your Subscriptions. Some games will require you to relaunch them before the item will be downloaded.
Description
Information
The Tomb of Osirian is a playable GM Addon containing a total of 4 individual maps that can be utilised in the "Gamemaster Mode" of Divinity: Original Sin 2 (Definitive Edition). This mod is currently in development and as such, you may experience small bugs here and there.

Campaign Information
Hired by the locals, the party travels further into Shadowfell - their quest taking them on the path to clear the threat of Osirian, an ancient tomb that has been reawoken and restored by the Raanaar; the peaceful dead now wrecking havoc on those that live nearby. Conquer the Tomb of Osirian, before it's too late heroes.