Store Page
Train Simulator>  Workshop > tluamiani's Workshop
This item has been removed from the community because it violates Steam Community & Content Guidelines. It is only visible to you. If you believe your item has been removed by mistake, please contact Steam Support.
This item is incompatible with Train Simulator. Please see the instructions page for reasons why this item might not work within Train Simulator.
Current visibility: Hidden
This item will only be visible to you, admins, and anyone marked as a creator.
Current visibility: Friends-only
This item will only be visible in searches to you, your friends, and admins. 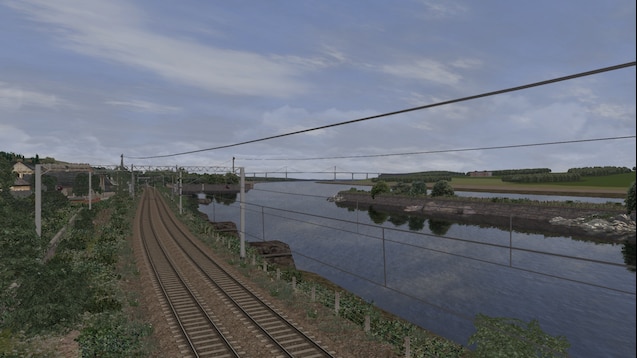 ForsythA
Online
See the collection (may be hidden)

This item has been added to your Subscriptions. Some games will require you to relaunch them before the item will be downloaded.
Description
This is the new version of Suburban Glasgow, reworked to use Suburban Glasgow Northwest.

At the moment, it is just Suburban Glasgow Northwest and part of WCMLNorth. However, the long term plan is to reintroduce the remaining parts of the original route. Anderston, Glasgow Central Low Level and Argyle St are in the process of being rebuild from scratch, although this is at a very early stage in this version.

Note that the lines through Central Low Level to Rutherglen and then on to Whifflet via the R&C are the only parts of WCMLNorth to have been revamped. As the revamping generally includes replacing the track to support super-elevation, it should be known that scenarios created for the legacy parts of the route will likely not work in future versions!

The next part of the plan is to re-integrate the south side lines to this route, likely with some updating as well as the completion of the line to East Kilbride... There is currently no timescale for this.

Despite what is mentioned above, no further DLC is required.

trajan1 Oct 19 @ 9:27am
With all the correct assets I have subscribed to this route and think it excellent. One small problem I have come across so far is that the overhead wires in specifically the Newton station area are missing. I have unsubscribed, deleted and resubscribed and exactly the same thing.

snas Oct 14 @ 6:49am
@tluamiani I have installed the asset pack yes, though I may have installed it wrongly if its not just a simple click & install process.

If it is a click & install, then I do have it

tluamiani  [author] Oct 14 @ 5:04am
Rutherglen won't load up if you don't download and install the asset pack from the Suburban Glasgow website. Do you have the same thing at Anderston station?

snas Oct 12 @ 4:16pm
It seems rutherglen wont load in for me, despite me having all the requirements, would i also need to install the UKTS Freeware Packs?

MrMatthew Oct 11 @ 2:41pm
Also got a problem where after downloading the assets and subscribing to the route on the workshop, it is dark when it is meant to be light, can I get some help please.

Cyclone Oct 9 @ 6:16pm
Beauty. Looking forward to that and a scenario running to Glasgow without needing the old version of the route. I did see a Neilston scenario on UKTS previously.

tluamiani  [author] Oct 9 @ 1:28pm
@Cyclone - yes, the south side lines, including Neilston, will be added back in again.

Cyclone Oct 8 @ 10:00am
Glad to see this coming back! Are we going to see the route to Neilston readded again, even if a detail patch is required for it? I recall it wasn't part of the original DLC and they now have the Cathcart Circle Lines, over in TSW2, so it may not be feasible anyway. I suspect similar issues for Cumbernauld.
< >