Store Page
Tabletop Simulator>  Workshop > jerb's Workshop
This item has been removed from the community because it violates Steam Community & Content Guidelines. It is only visible to you. If you believe your item has been removed by mistake, please contact Steam Support.
This item is incompatible with Tabletop Simulator. Please see the instructions page for reasons why this item might not work within Tabletop Simulator.
Current visibility: Hidden
This item will only be visible to you, admins, and anyone marked as a creator.
Current visibility: Friends-only
This item will only be visible in searches to you, your friends, and admins. 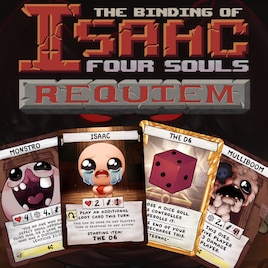 jerb
Online
See all 141 collections (some may be hidden) 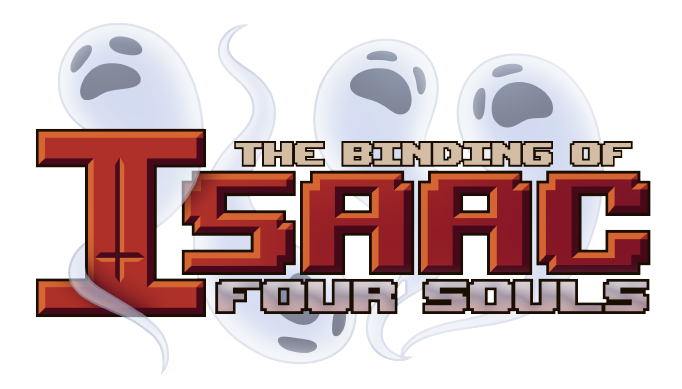 In the game, 2-4 players take turns playing loot cards and using items to kill monsters that yield more items, loot, and sometimes souls. The first player to end their turn with 4 souls is the winner. Cooperation, barter and betrayal is encouraged. Once players have a better understanding of the games mechanics, you are encouraged to add the bonus souls and rooms to the game.

This is the official board for the card game, developed by me and Maths (yax2bxc) using my original board as a base, and developed in collaboration with Edmund McMillen and Maestro Media.


Be sure to check out the Four Souls website for more information!
https://foursouls.com
Popular Discussions View All (9)

It's a bit slow, though, due to TTS limitations- it's not really designed to do anything this advanced.

Dexinity May 1 @ 4:10am
First of I just wanna say thanks a bunch for making such a good mod <3
Secondly... what is the "Deck Ratio" option suppose to do?

Bootleg Sara Apr 24 @ 3:47pm
Hi can I get some help please? Whenever I boot up the game all I get are a bunch of place holder cards. Is there some text box I'm missing or action I need to do to start the game? Is it maybe because I'm playing single player? I think there's supposed to be a pop-up but I don't see one. I tried looking around the board and seems I can only do everything manually. Any help is appreciated

yyflame Apr 20 @ 10:49pm
I got it to work, sorry about the previous comment, not sure why it did that, after closing and reloading TTS a few times it started working

jerb  [author] Apr 20 @ 8:45pm
Then your game has not fully loaded all of the required assets. This happens for some people, and it is out of my control. it's something with Steam, TTS, or your network connection.

You should see the normal card backs and an options menu if the game is fully loaded. If you see "Loading" at the top, then it's still fetching assets.

DevilsDescendant Apr 6 @ 4:43am
Ive already mentioned this on Bug Reports but the mod is not loading for me...
Stuck on 8% and my connection is more than fine. Tried reinstalling TTS and the mod both, without effect.

JJZ Apr 1 @ 5:41pm
Recent update bugged auto-distributing characters and loot cards at the beginning, not sure if that was intentional but figured it was worth commenting.
< >