Store Page
Hearts of Iron IV >  Workshop > DefinitlyNotStalin's Workshop
This item has been removed from the community because it violates Steam Community & Content Guidelines. It is only visible to you. If you believe your item has been removed by mistake, please contact Steam Support.
This item is incompatible with Hearts of Iron IV. Please see the instructions page for reasons why this item might not work within Hearts of Iron IV.
Current visibility: Hidden
This item will only be visible to you, admins, and anyone marked as a creator.
Current visibility: Friends-only
This item will only be visible in searches to you, your friends, and admins. 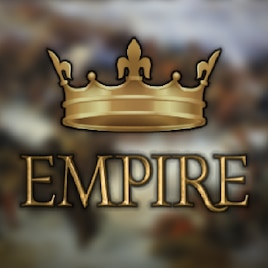 DefinitlyNotStalin
Offline
See all 572 collections (some may be hidden)

This item has been added to your Subscriptions. Some games will require you to relaunch them before the item will be downloaded.
Description
Welcome to Hearts of Iron IV!
Hearts of Iron IV: Empire; is a mod set around the events of the early 18th century, starting in 1699. In this mod, you will be able to experience interesting scenarios, such as the War of the Spanish Succession and the Great Northern War, famous for the legendary campaigns of Charles XII otherwise known as Carolus Rex. Whilst the combat of HOI4 would normally not make a lot of sense for a scenario in the early 1700s, the mod aims to bring a genuine ancient regime feel to the game, introducing retextured technologies, hundreds of unique portraits, a dozen new focus trees and many other events and national spirits.

Whilst Empire has been in the making for quite some time, work is never truly finished. This mod has been a mostly solo project for the last two years, but I can assure you that progress is being made every single day to make this mod into the ultimate 1700s experience.

What’s coming up?
Troubleshooting
“Help, the mod doesn’t work!”
Since 1.8 the new official Paradox launcher is known to have some serious issues with loading mods, often messing with the ‘descriptor file’. This is an issue that can unfortunately not be fixed until Paradox fixes their stuff, but generally reinstalling the mod, or simply reloading the launcher should do the trick.

“Help, the mod has crashed!
Crashes are quite rare in Empire, but they can happen. Most commonly, the game tends to freeze during a peace conference. In 99% of the cases, it get’s resolved by just waiting. To my personal experience, in the scenario where your game crashes, simply reloading your latest game always works without issues.

Join our discord!
If you are interested in engaging with the community, talk to the devs, make suggestions, report bugs or maybe even join the dev team, than discord is the place to be for you. It is an excellent place for the organisation of community games and receiving the latest updates or sneak peaks on the progress of what we are working on. You can join our discord here: https://discord.gg/XrJXQPFecg

important note: do not add me as a friend on steam. If you want to contact me, join our discord. I will not accept friend requests.

Becoming a dev
If you think you have the talent to be on our developer team, let us know! We are especially in dire need of artists and writers, but obviously everyone with the right set of skills is welcome. You will find we are very responsive on discord, so head over there if you are interested!

How do I get the map style?
You can find the map mod by linwajun here: https://steamcommunity.com/sharedfiles/filedetails/?id=2195406931