Store Page
Tabletop Simulator>  Workshop > Assar's Workshop
This item has been removed from the community because it violates Steam Community & Content Guidelines. It is only visible to you. If you believe your item has been removed by mistake, please contact Steam Support.
This item is incompatible with Tabletop Simulator. Please see the instructions page for reasons why this item might not work within Tabletop Simulator.
Current visibility: Hidden
This item will only be visible to you, admins, and anyone marked as a creator.
Current visibility: Friends-only
This item will only be visible in searches to you, your friends, and admins. 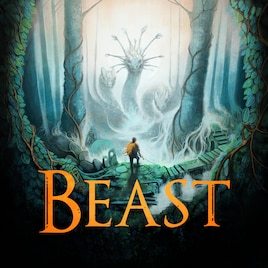 Elon
Online
See all 17 collections (some may be hidden)

Welcome to the Northern Expanse, a place where nature is still unexplored, mystical and dangerous. When the humans first arrived, they thought they found an unspoiled paradise, filled with bountiful forests, lakes swimming with fish and cold freshwater flowing from the mountains. But as their settlements expanded and the surrounding forests grew thinner, nature itself pushed back. Great creatures known as Beasts emerged, and with their fangs, claws and mystical powers, they proved an incredible threat to the humans. In order to protect the settlements, humans enlisted specialized hunters, tasked with tracking and killing the Beasts before too many of their kin perish.

September 28th to October 28th! Check our Kickstarter out!

Beast is a one-vs-many type of game, in which one player takes the role of a Beast; a giant, godlike creature who wants to fend off the humans invading her domains. All other players take the role of hunters, who cooperate in an epic hunt to track and kill the Beast.

Hidden movement
The Beast uses a deck of direction cards to move over forests, swamps and caverns, using guile and deceit to hide its track from the hunters. However, whenever a hunter moves over a location where the Beast has previously been, a trail appears. Only when a hunter searches a location or the Beast itself attacks an unsuspecting target is the Beast's actual position revealed. More so, each hunter has but one chance of searching each round, making it a tense and difficult decision. Hunters seldom have full information whether the trail they’re pursuing contains the Beast’s actual location, or if the trail has already gone cold.

Asymmetrical Drafting
Each action you perform in this game is done by playing a card from your hand (up to a maximum of two cards per turn). This means that if a player wants to search, attack or move, they need to have a card in their hand that lets them do that. Before each round, both hunters and Beast participate in a draft for the most important cards. All action cards can be used by both Beast and hunters alike.

Teamwork above all
In order to win this game, you either need to cooperate every step of the way if you play as a hunter, or skillfully outmaneuver your opponents if you play as Beast. On their own, hunters are never stronger than the Beast. Only when hunters communicate, strategize and combine their actions can they bring down the Beast before it’s too late.

Beast is still in development, and we need your help to finalize the project and make a published version possible. Please check out the links below to support our project!

Development
Join the newsletter to get notified when Beast launches on kickstarter along with all other news: {LINK REMOVED}https://shorturl.at/pwDZ7 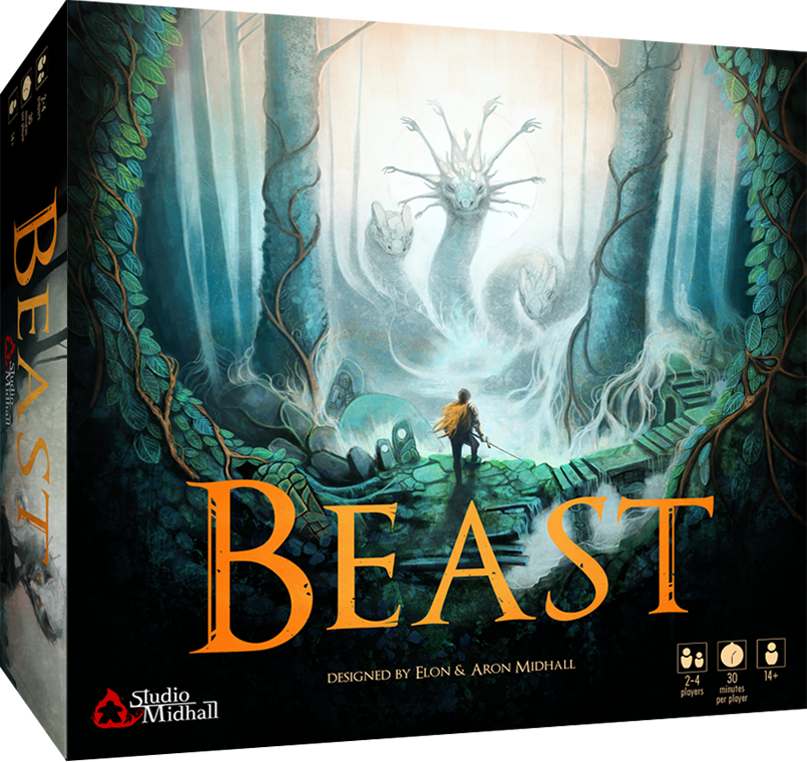 I tested it out and also got a bit stuck on 99%, and it seemed like the rulebook was the file "not loading". The rulebook was almost 19mb and I think that might have had something to do with it, i've now compressed it down to 3mb and it loaded without any worries.

Hope this helps and thanks for reaching out!

Surprise Apr 22 @ 6:50pm
Hello, if i remember well as a beast you can't interact with the character board, and on a 3 or more player game you can only interact with your board.

For information i also have the 99% stuck thing, i did delete all the data in the mod folder but still stuck after 5 min in game still at 99%

Nantes Apr 11 @ 6:04am
I cannot change characters on this screen: https://prnt.sc/1CzqgSAPbRru . The arrows do nothing. I merely started a multiplayer game and went through quick setup. I wanted to pre-select my friends' characters to make it easier for them, but it seems I cannot change the characters if I'm the only person in the room? They have to change it themselves?

Nantes Apr 8 @ 9:33am
Game is stuck at 99% loading (169/170 assets). If I try clicking either "Start Quick Setup" or "Skip Quick Setup", nothing happens. I tried unsubscribing and deleting the game's files from "C:\(...)\Documents\My Games\Tabletop Simulator\Mods\Workshop", then re-subscribing, but it didn't fix the issue. Any ideas?

Bradski Jan 24 @ 5:16pm
Already backed on Kickstarter and just saw your post about it being on TTS. Can't wait to give it a go!

Fluxit Jan 24 @ 12:53pm
Will try the game next Monday, thanks for the implementation already.
Also, I just noticed that the soundtrack of the intro is the same like on Deep Space D6-Armada (no judgement, likely this is stock music and anyway it's a nice choice): https://www.kickstarter.com/projects/tony-go/deep-space-d-6-armada-worker-placement-co-op-board-game

Assar  [author] Jan 17 @ 1:34pm
@CleverAdvisor, that's a great suggestion. Don't know how many times that has happened. Thanks! Will fix that for sure

76561198026393416 Jan 17 @ 11:33am
A suggestion. The map is created as a "Card". I think it would be better made as a token. This is to prevent someone from accidentally drawing the board, most commonly by pressing 1 over it. Which would ruin the game because there is no way to recover the game from that (or rather a huge frustration).
< >