Store Page
Tabletop Simulator >  Workshop > Quickle's Workshop
This item has been removed from the community because it violates Steam Community & Content Guidelines. It is only visible to you. If you believe your item has been removed by mistake, please contact Steam Support.
This item is incompatible with Tabletop Simulator. Please see the instructions page for reasons why this item might not work within Tabletop Simulator.
Current visibility: Hidden
This item will only be visible to you, admins, and anyone marked as a creator.
Current visibility: Friends-only
This item will only be visible in searches to you, your friends, and admins. 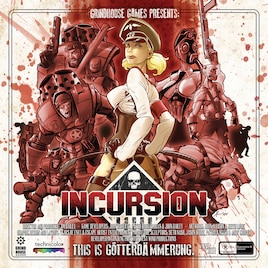 Quickle
Offline
See all 43 collections (some may be hidden) 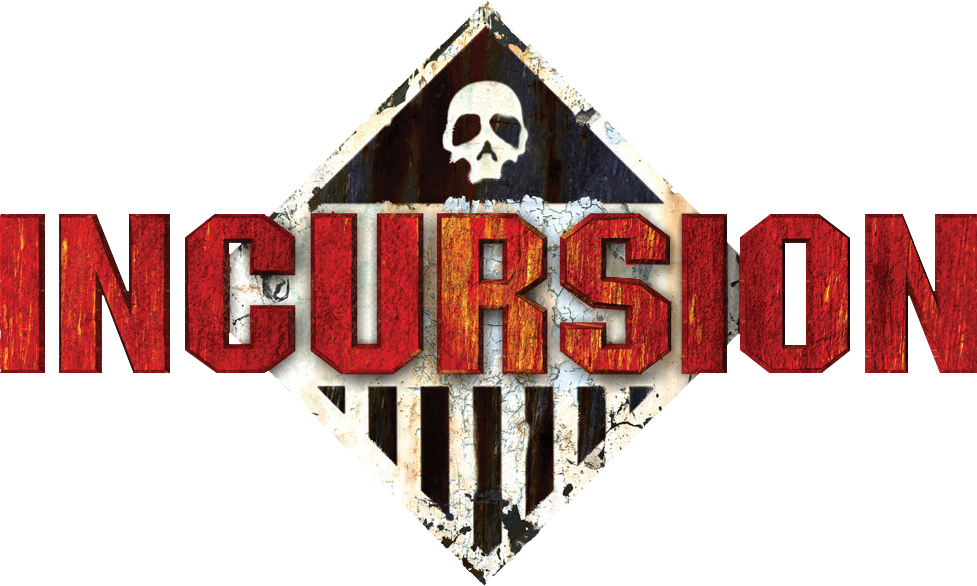 The Doomsday Device is ticking and neither the Allies nor the Axis can fail.
Armored troopers of the US Lucky 7th hurtle through an underground bunker combating the monstrous forces of the German Special Weapons Development in a furious race against time.

The Game
Incursion is a 1-2 player game of fast-moving tactical combat in which you'll use unique characters, battle cards, and strategy to defeat your opponent.

The game mechanics are simple to grasp allowing you to focus on your tactical options. You'll customize your force for each mission by choosing a faction and spending requisition points. There are 24 two-player missions and 8 solitaire missions to choose from of varying length - everything from simple recon to a full blown battle over the German Doomsday Device.

Each turn you'll decide which order to activate your units. You'll spend their action points to move through corridors, fire weapons, throw grenades, engage in hand-to-hand combat, and more. Tactical positioning will be crucial. You'll need overlapping arcs of fire so your troopers can cover each other with reaction fire during your opponent's turn. You'll also have limited command points to spend wisely each turn. These serve triple duty: they can be spent as bonus action points for your troopers, to kill opponent's battle cards, or to bid for activating your units first in a round.

For each mission you'll choose one of four unique factions to play as and spend requisition points to customize your squad. Will you purchase Hans the Hunter and a pair of Blitzhunds? Or will you choose to flood your opponent with an extra 9 Sturmzombies each turn?

Mod Features
• All expansions (SNAFU, Assets, and Submarine Pen).
• High resolution art provided by the publisher.
• Custom 3d models.
• Scripted 1-click setup for all missions.
• Scripted 1-click toggle between factions when changing player color.
• Tooltip info on all game pieces. Hover your mouse over an object to see its rules/stats.
• Excellent rules summary and reference sheets provided by The Esoteric Order of Gamers[www.orderofgamers.com].
• Modular boards and tokens (fan made by me) (BoardGameGeek thread[boardgamegeek.com])

Discord
Join the Discord community to find other players: https://discord.gg/j4AyBuuFWK

Official Forum
Head over to the forums to chat about the game and hobby: https://tabletopboardgames.us/forums/forum/incursion/

And you can buy the exquisitely detailed metal miniatures[tabletopboardgames.us] on their own: 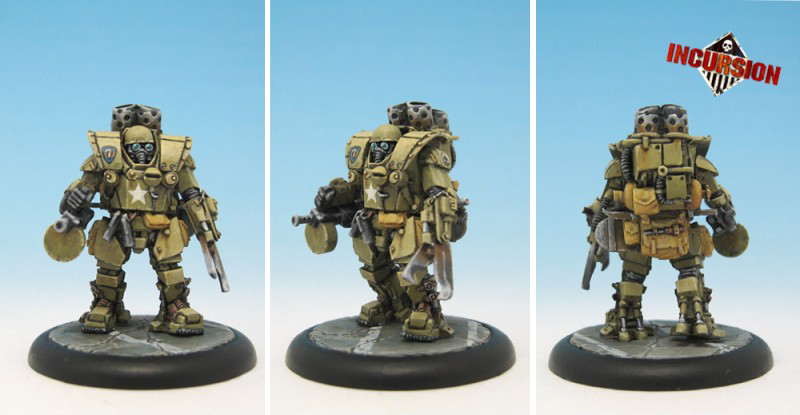 Mod Credits
This mod was published with official permission from Jeff La Belle at Tabletop Boardgames[tabletopboardgames.us]. Jeff now owns Incursion and is working on an expansion in the Pacific Theatre. Read more in this Kickstarter announcement!

Jim (Lucky Seven) created most of this mod, but went radio silent a few years ago before publishing it. I sincerely hope he is doing well.

Jim added me as a contributor to his mod in 2015 when I was making modular boards[boardgamegeek.com] for Incursion. My contributions are: added missing characters, upgraded to high resolution art, added summary sheets, organized components, added scripting, added character avatars, made modular boards, and filled in this details page.

You can view the source code here: https://github.com/kevin-d-omara/TTS-Incursion

I'd also like to thank directsun and Mr. Stump for the Utility Memory Bag.

=> The Incursion FORUM (The Sand Box) is back!!!
Thank you and welcome back! (No fancy pictures, yet)
Hey everyone
We’re back!!! The forum sandbox is back! Sorry it took so long. I think I would love to have a welcome back post from everyone! If you want to create a new subforum or post something please do, if we have to move it to keep it organized, we will, if you don’t like it, tell us, this is OUR space!!! I would love to hear from everyone, love to see what’s in your minds. Painting, playing, everything! Welcome back to the SANDBOX…

In my experience, TTS sometimes doesn't load everything on the first try (for other mods too). Reloading the mod usually fixes it.

Quickle  [author] Jan 22, 2021 @ 10:02pm
Thanks Richthofen, I'm glad it's working for you. I think this was an isolated incident. RootinTootinPutin let me know it worked fine after he turned off mod caching. So whatever the issue was, it seems like it was temporary.

Quickle  [author] Jan 22, 2021 @ 12:04am
Hmm, I'm not getting this error. I turned off "mod caching" and everything loads fine. I tried setting up a variety of missions too and they all load.

Would you mind accepting a friend request so we can talk more and maybe load up a game together to troubleshoot?

RootinTootinPutin Jan 20, 2021 @ 9:38pm
I'm not sure if anyone else is having this issue but i get a ton of error messages and the things that dont load have yellow and black stripes, Any fix for that?