Store Page
Arma 3 >  Workshop > venomDeejays's Workshop
This item has been removed from the community because it violates Steam Community & Content Guidelines. It is only visible to you. If you believe your item has been removed by mistake, please contact Steam Support.
This item is incompatible with Arma 3. Please see the instructions page for reasons why this item might not work within Arma 3.
Current visibility: Hidden
This item will only be visible to you, admins, and anyone marked as a creator.
Current visibility: Friends-only
This item will only be visible in searches to you, your friends, and admins. 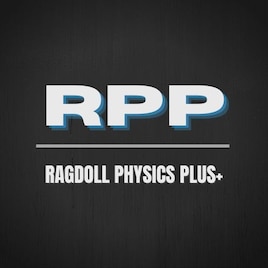 venomDeejays
Offline
See all 2631 collections (some may be hidden)

This item has been added to your Subscriptions. Some games will require you to relaunch them before the item will be downloaded.
Description
MP version. PhysX collisions are disabled, no extended ragdoll simulation time.

Thanks for checking out Ragdoll Physics Plus! This mod aims to fix and improve the PhysX ragdoll simulation in A3 and is a continuation of my old mod, Ragdoll Effects Overhaul, which is now deprecated.

SERVER RUNNERS, I changed my key. You'll probably have to replace the old key with the new one, located in the addon folder.

-Completely overhauled ragdoll PhysX simulation, including major changes and improvements to joint movement, range of motion and articulation.
-Increased overall friction multiplier, units will now roll and tumble down steep surfaces, instead of just sliding around like they're on ice.
-No more bendy knees
-No more ugly hit reactions

-Ragdolls are still somewhat prone to getting ARMA'd. Happens rarely with the newest update, but it still happens.
-Units may fly a bit too high into the sky when killed by 30mm autocannon.
-A few unfixable issues with ragdoll hitboxes, see the changelog for more information.

This mod should work fine with most other mods, as long as those mods don't edit PhysXParams. There are a few popular mods that are incompatible, however.

-Veteran mod (delete vtn_core_ragdoll.pbo to grant compatibility)
-IFA (delete ragdoll_overhaul.pbo to grant compatibility)
-Project Injury Reaction. PIR also includes their own PhysX tweaks, however those tweaks are isolated to their own pbo. The mod author has informed me that you can safely delete PiR_rd.pbo, which will grant compatibility with my mod. Big thanks to the PiR guys for reaching out and letting me know!
-Real Hero's Ragdoll mod. Alters the same settings as my mod. Try out both and see which one you like better.
-Ragdoll Effects Overhaul. REO is the first iteration of my ragdoll physics mods and is mega deperacated, I'm not sure if anyone even uses it anymore.
-Haleks' Impact doesn't seem to play very nicely with this mod. I recommend not using them together.


Compatible with mods like CUP, ACE, 3CB and RHS, to name a few.


Thanks again for checking this out, I hope it makes your A3 experience much better. This mod took a LOT of time to make however, so if you want to use it in a modpack or whatever, I don't mind, JUST PLEASE GIVE ME CREDIT!


SPECIAL THANKS to Mickeyworld and Gunter Severloh for testing and support, and Chinny for helping me fix some server-related issues. Also thank you to Cultist for feedback and testing.


Want to create your own ragdoll mod? Check out the github for all the source files and documentation!
https://github.com/venomDeejays/Ragdoll-Physics-Plus/tree/main
< >
184 Comments

_mickey_ Aug 7, 2022 @ 2:59pm
@venomDeejays your latest version is undeniably better than the previous ones, except for one detail. When the ragdoll on a dead body is not yet disabled, the corpse and its limbs react too weakly to incoming bullets. In previous versions of your mod, it was much better. The player felt the force of the bullet, because every bullet hit made the corpse react more noticeably, pushing away his limbs, but now it is almost imperceptible. Please return bullet impact, as it was before.

Ftmch Jul 23, 2022 @ 10:51am
Does this have to be enabled on the server/by other players on the server or can I use it clientside just for myself?

venomDeejays  [author] Jul 12, 2022 @ 1:48pm
@RxL3gEnD thanks dude! I really appreciate the kind words. It is indeed pretty neat to see something that I've put so much time into over the years have a positive impact on someone else's game experience.


All in all, I'm also going to say that development of this mod has effectively ceased for good, I've gotten some great opportunites to advance both my real life career and hobbies to the next level, with the drawback of nuking most of my free time. But not to fear! I've declared this mod open source. The source files and documentation can be found here:

Who knows, maybe someone out there with a more in-depth knowledge of code can create an even better ragdoll mod than this one.

RxL3gEnD Jul 12, 2022 @ 5:19am
Venom the fact that you still have passion for this game and are still working on stuff for it honestly makes my days that much better bro. I love this game and I love physics. You're the one man, the one we all needed. Keep up the good work

venomDeejays  [author] Jul 11, 2022 @ 10:48pm
New update! I transferred the DEV physics over to this branch, finally. See the changelog for all the new and improved features. I've completely redone the mod again, its should now be more stable than ever before.

Server owners, the old key for this mod is now obsolete, please use the new one located in the mod's folder.

I'm hoping that the new update isn't broken, it works fine on my machine, but steam doesn't like when I update this mod for some reason. You'll be able to tell if it works or if its busted, so please let me know ASAP if its not working and I'll try and fix it.

_mickey_ Jun 22, 2022 @ 4:21am
"The mod does not work. "Flying" legs and arms everywhere." - Nonsense! For me perfectly working mod. @venomDeejays I hope you improve your mod with the latest feature updates from BIS. Posted May 18 on the Development Branch Changelog - "Tweaked: awake script command is extended to add the ability to nudge dead characters in a temporary ragdoll state - FT-T73168"
< >