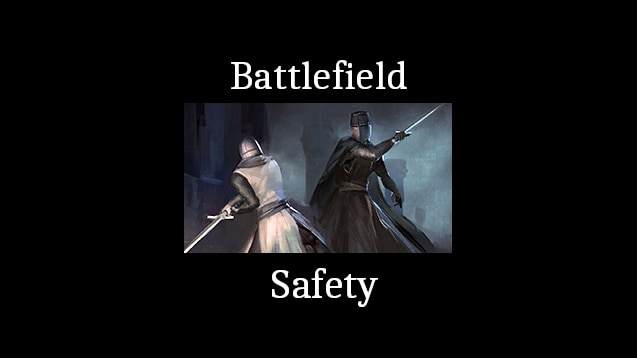 Dragatus
Offline
See all 230 collections (some may be hidden)

This item has been added to your Subscriptions. Some games will require you to relaunch them before the item will be downloaded.
Description
This is a small mod that has the following effects:

1. Prowess now reduces chance of bad events by 4% per point, up from 2.5% or 3.3% (depending on event) in the unmodded game.
2. Removed the minimum chance of being captured, hurt, or killed in battle. At 25 Prowess nothing bad can happen to you on the battlefield anymore (in vanilla Prowess reduces chance of bad events by at most 90%).
3. Knights that would normally die because their side lost the battle will now be captured instead.
4. Commanders and knight can only get maimed or killed in battle if they are "Severely Injured" (have second level wounds).
5. Fixed presumed bug that roughly halved chance of knights getting any battle events at all.

If that doesn't appeal to you and you'd rather have battles be more deadly and unpredictable for the knights involved Battlefield Chaos mod does just that.

WARNING
It's possible I may have missed some instances where Prowess is checked, seeing how I rushed to release the mod on day 1. If so please let me know in the comments so that I can figure out what went wrong and fix the mod.

It should be compatible with any mod that doesn't modify the same files. In any case you will not be able to get achievements.

SHAMELESS SELF-PROMOTION & SELLING OUT
If you like the mod I would be grateful if you could like or favorite it.

If you like this mod you might also like my newest mod Pluribus Casibus Belli which adds several new CBs, including the very useful Hostage Liberation War.

ehime Jul 28, 2021 @ 11:14am
split into three posts (char limit, 1/4)
steam reminded me that this exists so with regards to duels some things I noticed while modding/cheating:
-With extremely high prowess, you can lose duels if you pick options with a low increases chance of success (or advantage or whatever it's called) and your opponent picks options with a high chance. This seems to be because they hit a certain threshold of 'success' that's compared to yours and resolves the duel in their favor before the prowess check, whereas if the duel times out the 'success chance' will just modify your prowess for the check (by a not that high maximum amount iirc).
-In line with the above, options that reduce your opponents (and your) prowess don't help you to not die. Most of the highest reward actions require no prowess.

ehime Jul 28, 2021 @ 11:14am
split into three posts (char limit, 2/4)
-With extremely high prowess, I've never injured myself picking high injury risk actions (berserker trait actions etc.). I've only rarely injured enemies with ~-14 to 4 prowess before the end of the duel even though they spike their injury chance and I've tried picking those actions.

ehime Jul 28, 2021 @ 11:13am
split into three posts (char limit, 2/3)
Basically, all you need to never lose easy duels (at a prowess advantage of iirc 20 but it shouldn't be hard to find) is to always have almost as good success chance increasing actions as your opponent. I know that making an option always appear is either a huge pain in the ass or impossible but I think that increasing the number of options and individually flagging bad options to not appear (for characters with good stats) are both easy. Doing the later should also make high prowess AI less likely to kill itself making bad choices in duels, I think.

ehime Jul 28, 2021 @ 11:13am
split into three posts (char limit, 3/3)
From the player perspective, once you know how to duel it's pretty easy to never lose a character with extremely high prowess in 'vanilla' anyway I found. I had probably a little under a thousand duels across multiple runs with a cheat/modded character with 400-500 prowess against a range of priests and old men (negative or low prowess), vanilla lords (vanilla prowess), male descendants (~22+ prowess), female descendants (~35+ prowess), daughters (~70+ prowess), and directly cheated characters (100-200 prowess). Before figuring out the duel mechanics I died or lost ~10-20% of the time, afterwards I only lost once, against a daughter who picked something like berserker-shieldmaiden-berserker when I only rolled bad options (though I'm pretty sure there are some regional meme options pdx added that can still kill you).

ehime Mar 16, 2021 @ 7:10am
Hey boss, they added duels (with RNG any-character-can-die-even-with-arbitarily-high-prowess). Were you still planning on adding non-rng-autodeath duels?