Store Page
Rust>  Workshop > Veys's Workshop
This item has been removed from the community because it violates Steam Community & Content Guidelines. It is only visible to you. If you believe your item has been removed by mistake, please contact Steam Support.
This item is incompatible with Rust. Please see the instructions page for reasons why this item might not work within Rust.
Current visibility: Hidden
This item will only be visible to you, admins, and anyone marked as a creator.
Current visibility: Friends-only
This item will only be visible in searches to you, your friends, and admins.
Centurion Kilt
Description Discussions0 Comments0 Change Notes 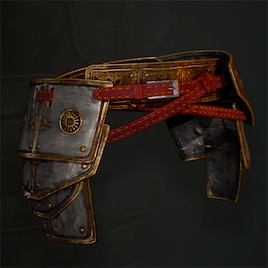 A centurion (/sɛnˈtjʊəriən/; Latin: centurio; Greek: κεντυρίων, kentyríōn or ἑκατόνταρχος, hekatóntarkhos) was a professional officer of the Roman army after the Marian reforms of 107 BC. Centurions commanded a century of around 80 legionaries. The centuries (centuriae) commanded by the centurion theoretically derive from centum ("hundred"),but that connection is now disputed. It certainly meant "company" or "tribe", but senior centurions commanded cohorts or took senior staff roles in their legion. Centurions were also found in the Roman navy.