Store Page
Unturned>  Workshop > danaby2's Workshop
This item has been removed from the community because it violates Steam Community & Content Guidelines. It is only visible to you. If you believe your item has been removed by mistake, please contact Steam Support.
This item is incompatible with Unturned. Please see the instructions page for reasons why this item might not work within Unturned.
Current visibility: Hidden
This item will only be visible to you, admins, and anyone marked as a creator.
Current visibility: Friends-only
This item will only be visible in searches to you, your friends, and admins. 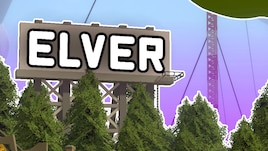 Renaxon
Online
See all 1183 collections (some may be hidden)

This item has been added to your Subscriptions. Some games will require you to relaunch them before the item will be downloaded.
Description
[Elver]
Elver was created with the intent of providing a more unique experience not just through having a fictional setting but also by changing the way the game is played. Players will have to scavenge the whole map to construct equipment like horde beacons and gasmasks that will allow them to obtain high tier equipment rather than simply looting a military base.

The NPC safezone will allow players to sell their gear in exchange for currency that can be used to buy high tier equipment. Quests are mostly like achievements, requiring you to kill zombies or complete horde beacons.

There are many hidden ranger crates scattered around the map that will contain unique weapons and items. Look out for any TVs with static.

The map layout has seperate areas dedicated for base building in a dense forest which surrounds the only lootable location on the map, which is the city.

The map features 600+ objects, 30+ vehicles, 500+ items. It uses IDs 57000 and up.
All items have important statistics in their description. The new items range from new guns with interchangable stocks and many new attachments to rare crafting materials and items specifically designed for base defense like Cyan Crystals that triple the health of structures or a powerful sentry-only gun. To check out all the new items and vehicles this map adds, I encourage you to check out the ID list discussion thread or Steam guide linked at the bottom of the description. All vehicles that are of rarity Epic and Legendary can be locked.

It is recommended to keep "Use_Skybox_Ambience" in preferences.json set to "false" when playing on this map otherwise night time will be very dark and the map will look worse overall.
Also, enable skyboxes otherwise the last quest will be very confusing. (You can set the render distance to 0% and Low quality if struggling with performance though)

If you wish to support the creators, feel free to purchase the Elver Mystery Box or Skin Bundle.

Elver Youtube Playlist
If you made any videos on the map, leave them in the comments and I'll add them to the playlist.

Pancake Apr 13 @ 2:01am
if u have an issue with the cards and other assets not appearing, disable all ur mods but Elver and it should fix it

最伟大的习近平 Apr 11 @ 2:09am
Is this supposed to be one big desert with things floating around? I dont think so, but thats what i see

troll Apr 4 @ 11:00pm
9.6/10, the deadzone scared me half to death constantly and the static and loudspeakers didn't help at all. Would have rated higher if i didn't have a heart attack when i entered the deadzone. The gameplay is fun and challenging, even on easy. The sounds are nice and the new weapons and armor/clothing was good too. Overall good map, you guys did an amazing job.

PentaSquares Apr 4 @ 9:19pm
-maybe the new item armour will be better I guess

PentaSquares Apr 4 @ 9:15pm
Why is there a Dutch flag in the corner of the map?

Also, why the hell is this game so damn hard? even when my skills are maxed out on easy mode using the best armour I can find, this game is pretty hard.

zachery Apr 2 @ 9:01am
is there anymore plans for elver? Another expansion? A sequel maybe?