Store Page
Stellaris>  Workshop > Dragatus's Workshop
This item has been removed from the community because it violates Steam Community & Content Guidelines. It is only visible to you. If you believe your item has been removed by mistake, please contact Steam Support.
This item is incompatible with Stellaris. Please see the instructions page for reasons why this item might not work within Stellaris.
Current visibility: Hidden
This item will only be visible to you, admins, and anyone marked as a creator.
Current visibility: Friends-only
This item will only be visible in searches to you, your friends, and admins. 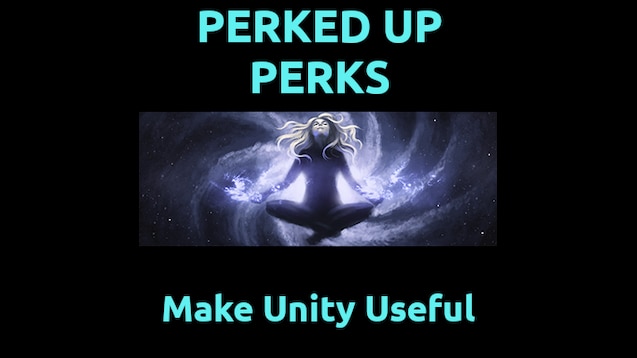 This item has been added to your Subscriptions. Some games will require you to relaunch them before the item will be downloaded.
In 1 collection by Dragatus
Dragatus' Vanilla-ish Mods

Introduction
In current Stellaris technology and research are far more important than Unity and traditions. What's worse, you can generate too much Unity and unlock ascension perks faster than you can research technologies required to unlock the ones you want. This mod aims to combat that and make generating Unity more rewarding while still preserving the feel of vanilla Stellaris.

How it works
Ascension perks are now categorized in three groups:
1) Basic perks have no prerequisite and they give you a related technology as a permanent research option, typically a tier 2 technology which wouldn't be available for a while
2) Intermediate perks require you to already have a basic perk and have some technological requirements, but in several cases a basic perk will give you the requirement as a research option, so you can chain basic perks into intermediate ones.
3) Advanced perks require you to have three basic or intermediate perks selected first. They have technological requirements, but they will often be less strict than in the unmodded game.

For example taking Mastery of Nature (basic perk) will give you the option of researching Terrestrial Scultping. Researching it will then make you qualify for taking World Shaper (intermediate perk) as your second perk.

All the perks have also been revised and many have new or altered effects.

Additionally maximum possible leader level cap is no longer limited to 10 like in the base game. There is effectively no more fixed upper limit anymore. This was necessary to make Transcendent Learning actually work properly and as a side effect the Philosopher King civic and Talented species trait should no longer be useless either. This effect is fully compatible with any other mods that also remove the upper limit of the leader level cap.

COMPATIBILITY
This is a gameplay altering mod and as such it will prevent you from getting achievements.

It also overwrites one decisions: decision_mastery_of_nature

This mod may confuse AI overhauls like Starnet, but the perks are still close enough to vanilla that it might work well enough.

Shameless self-promotion
I'd be grateful if you could rate the mod with either thumbs up or thumbs down. The button for it is up just below the mod cover image. If you really like the mod there is also a favorite button nearby.

If you like this mod you might also like Traditional Ambitions[http//hhttps]. That mod changes unity ambitions so that they get unlocked by finishing specific tradition trees. Or you can check out all my other mods[http//%5Burl%3Dhttps].

I also created a Discord server[discord.gg]
Popular Discussions View All (2)

GabeC1997 Dec 31, 2021 @ 9:10am
Hey. You know that megacorp perk that removes the influence cost of commercial pacts, Universal Transactions? Would it be possible to add the same effect for Defender of the Galaxy, except with Guarantee Independence?

Dragatus  [author] Nov 28, 2021 @ 8:10am
I experimented with reducing influence cost of megastructures, but couldn't get it to work. And I do think one's playstyle really has a significant effect on how valuable MB is. My perspective is also colored by the still unreleased mod I run along it that massively increases the cost of high tier technologies and with which megastructure techs require over half a million research to be unlocked.

In regard to MoN, you are correct that some of the effects are made redundant by terraforming to Gaia, but it is also a method to reliably research Terrestrial Sculpting by the time you get your 2nd AP.

Peter34 Nov 23, 2021 @ 1:57pm
Mastery of Nature isn't really a good fit for Life-Seeded, because when you Terraform to Gaia, all Blockers are removed anyway. However, that's an issue with Life-Seeded, and the Perk itself is fine. You just don't want to take it *if* you're Life-Seeded.

Master Builders is one I still don't "feel good about". It does too little. I feel like I always am better off taking some other Perk. Maybe that's just me, but I still think it needs another buff, in the form of a reduced Influence cost for Megastructures, Habitats and Gateways, even if it's only -10% or -15%, and regardless of whether it's taken in the mid game, as the 3rd or 4th Perk, or much later than that. It's just not attractive to me.

Maybe it's more useful for players/polities who don't sciene hard? IIRC it unlocks a lot of Megastructur Techs that I'd just draw and research normally otherwise, because I do science hard. So maybe my playstyle just isn't in the target audience for the MB Perk?

Peter34 Oct 22, 2021 @ 9:43am
I just want to say that I feel really good about having taken Mastery of Nature and Executive Vigor in my current game (playing as the Inward Perfection Perfectofoxes). This mod changes those Perks to feel really viable and good to take. I have absolutely no regrets.

I've also taken Master Builders as my 5th or 6th Perk, but I don't yet have an opinion on whether that was a good choice or not. I might well regret it later on, regret not having taken something else instead.

But MoN and EV are really good with this mod, feeling like viable, competetive, desirable options to pick. Thanks!

Also, of course, thanks for updating your mods!

Dragatus  [author] Sep 16, 2021 @ 8:37am
Updated for Lem and tweaked Executive Vigor. I found that going from 1 to 5 edict didn't feel good because the jump was too big and somehow felt artificial. You'd also need to have somewhere between 400 and 800 Influence saved up to make use of them all, which isn't a given.

Dragatus  [author] Aug 14, 2021 @ 6:27am
It's because both mods overwrite the game file that holds all the ascension perk data. Startech has to do this because of how the AI works, the modifiers that control how likely AI empires are to pick a specific perk are part of the perk data.

On the upside, looking at the Startech version of the file alerted me to the possibility of several new AI checks I didn't even know were possible, like checking an empire's fleet power.

Peter34 Aug 13, 2021 @ 4:37am
I found the problem. I had enabled the StarTech AI mod somehow messes with the Perks, but your mod becomes functional again if I move the StarTech mod up to abouve yours in the PDX Launcher. It's just weird...
< >