Store Page
Conan Exiles>  Workshop > Moen's Workshop
This item has been removed from the community because it violates Steam Community & Content Guidelines. It is only visible to you. If you believe your item has been removed by mistake, please contact Steam Support.
This item is incompatible with Conan Exiles. Please see the instructions page for reasons why this item might not work within Conan Exiles.
Current visibility: Hidden
This item will only be visible to you, admins, and anyone marked as a creator.
Current visibility: Friends-only
This item will only be visible in searches to you, your friends, and admins. 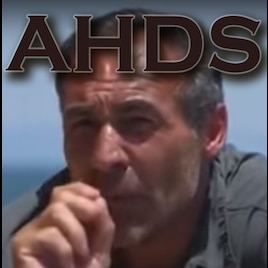 This item has been added to your Subscriptions. Some games will require you to relaunch them before the item will be downloaded.
In 2 collections by Moen
LCDA V1 - mods list collection


This mod works on DEDICATED SERVER ONLY!
This mod IS COMPATIBLE WITH SIPTAH DLC update and other custom maps.
This mod was previously named LCDA Gameplay

Features
This mod was originally designed for roleplay server, but all features are options manageables in the mod admin panel CTRL+F7, so you can use it on PVP or PVE servers.

Mod is translated in english, french, german and spanish. If your client lang is not in this list, english is the default lang. Contact me if you want to translate the mod in a new lang

Overwritten files
This is the list of original funcom files that have been overwritten, be carefull with other mod that should overwrite this files.

How it works?
When a player received deadly damage (hit/thirth/...) and its HP get lower than 1hp; the character falls unconscious to the ground and a wounds debuff is applied to reduce stamina and max HP, depending on the settings :
a. Fixed values (configurables by admins) are used for unconsciousness duration, HP and Stamina debuff %value.
b. A dice is rolled. This dice value set a unconsciousness duration, HP and Stamina debuff %value.

The player is set in unconsciousness state (with all the control needed to disable cheat with Sexiles emotes and things like this), the mod uses Conan unconsciousness, so the player can be robbed and interacted as usual.


Todo and future
A lot of things will be added to this mod in the future. Actually it was intended only for the Roleplay server I own, but PPL seems interested by the mod.


I'm working on it slowly but surely ^^ ! Please be gentle and patient

Discord
Don't be afraid of all that french, there is broken-english chat for the mod questions ;)
https://discord.gg/py8Qt4M

Moen  [author] Oct 20 @ 12:44am
Hello, yes :
- new algorithm based on DPS in addition with static values and RNG's one (for KO duration and debuff values)
- Pippi chat integration, so admin can choose to display in local chat (or another chat) the KO/Death/other
- Adding items to 'cure' (yourself or for another) the wound debuff.
- Allowing admin to choose an item that must be used by the helper for the "help" option (get someone out of the KO state)
- A fully new system that can control food absorbtion (adding new needs, like carb vs prot), as usual, this system will be an option, with a lot of configuration tricks

madbromax Oct 18 @ 10:02am
Hello! Any cool updates planned in near future?

The Dolmen Duke Sep 26 @ 6:08pm
Ahhh, yea, just confirmed the bug with a friend. Came to report it but looks like you already know about it haha. GL with the patch!

Moen  [author] Sep 26 @ 4:50pm
You are welcome, but it seems their is a bug, when you wake a friend up he can die instead of being saved. I need to check why ! Maybe a hotfix tomorow when I found why it appends!
< >