Store Page
Arma 3>  Workshop > Red Hammer Studios's Workshop
This item has been removed from the community because it violates Steam Community & Content Guidelines. It is only visible to you. If you believe your item has been removed by mistake, please contact Steam Support.
This item is incompatible with Arma 3. Please see the instructions page for reasons why this item might not work within Arma 3.
Current visibility: Hidden
This item will only be visible to you, admins, and anyone marked as a creator.
Current visibility: Friends-only
This item will only be visible in searches to you, your friends, and admins. 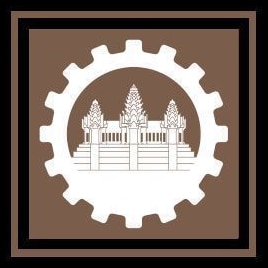 This item has been added to your Subscriptions. Some games will require you to relaunch them before the item will be downloaded.
In 1 collection by Red Hammer Studios
RHS

5 items
Description
Prei Khmaoch Luong is a tiny province in the middle of the South-East Asian peninsula.
Situated right on the borders between Vietnam, Laos and Cambodia, it has seen a fair share of armed conflicts.

Locals use the main river for transport and movement, so the roads are very poor. Major settlements are clustered around the river. There are many prebuilt fortified locations, from hilltop Vietnam war era firebases, to hidden guerilla camps with trenches deep in the jungle. Locals live almost entirely from fishing and rice farms.

RHSPKL is suitable for most kinds of jungle operations but is primarily designed as a close range infantry combat playground. The terrain has extremely dense detail levels, including micro-terrain and roads. There are no paved roads or urban settlements. Locals use ox-carts and water buffalo on the ground and stick to the river for trade.

Benchmarked for 1km object render distance, terrain topography and object placement density reflects this. There aren’t any locations where higher view distances would be beneficial so game settings should be adjusted accordingly.

Mods and DLC required: NONE

PKL LEGACY VERSION is no longer supported since 2017!

Red Hammer Studios is a group of dedicated modders, responsible for bringing top content to OFP and the Arma series of games since 2003.
RHS is an independent, non-profit, community based content creation group that strives to deliver the most authentic representation of the subjects within our focus.

# COMMENTS
All comments will be moderated
< >
189 Comments

Mead Feb 13 @ 8:55pm
Is this ALiVE indexed? I want to use it for an ALiVE Mission, but do not want to index it myself.

"Benchmarked for 1km object render distance, terrain topography and object placement density reflects this. There aren’t any locations where higher view distances would be beneficial so game settings should be adjusted accordingly. "

PuFu  [author] Sep 3, 2021 @ 3:20am
any updates will happen when ready / the developer(s) have the time, no matter when something was announced