Store Page
Starbound>  Workshop > Ashspeaker's Workshop
This item has been removed from the community because it violates Steam Community & Content Guidelines. It is only visible to you. If you believe your item has been removed by mistake, please contact Steam Support.
This item is incompatible with Starbound. Please see the instructions page for reasons why this item might not work within Starbound.
Current visibility: Hidden
This item will only be visible to you, admins, and anyone marked as a creator.
Current visibility: Friends-only
This item will only be visible in searches to you, your friends, and admins. 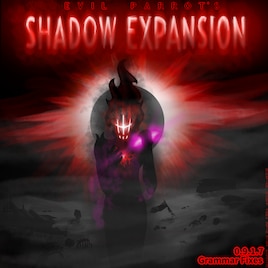 Ashspeaker
Offline
See all 5300 collections (some may be hidden)

This item has been added to your Subscriptions. Some games will require you to relaunch them before the item will be downloaded.
Description
"The House of Peace" adds a new playable race with themed dungeons, dialogues, missions, and lore. Look below for... 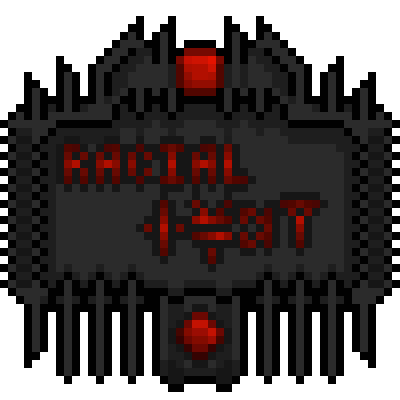 - A race of mysterious shadow people FrOm ThE OtHeR WoRlD(kinda)
- Dreadful shadow ship. Careful with it, for it can hear you.
- Epic respawn cinematic!
- Shadows have no need to breathe
- Whisperis as a pet on your ship! (The thing that sleeps on one of the previews)
- Unique ship AI lines :3
- LORE! LOTS OF LORE!
- Dark Blessing! Silence gifted her loyal followers with the ability to rebuild themselves! Now your health shall regenerate.
- Added immunity to cold and poison and weakness to fire and electricity. 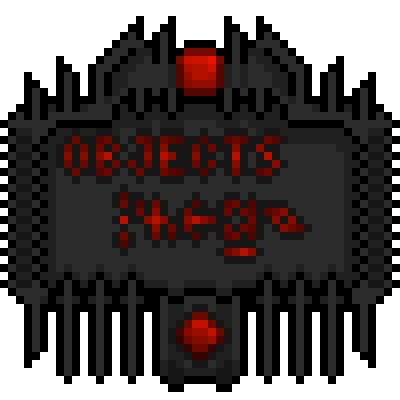 - Quite a lot of furniture
- Shadow weapons, melee, and ranged
- Two types of rifles
- Three types of both one-handed and two-handed swords
- Bomb, throwing weapon, and a whip
- Four sets of armor, each can protect against fire and electricity
- Four sets of clothes
- A bunch of new blocks
- Shadow Crafting Stations!
- Set of Knights of Nolad with the Unbearable Crown, which comes with its own *REWORKED* status effect. Everything has a price... Buy it in Storyteller's Emporium after completing the Hylotl mission!
- Brand new vehicle x2
- A mech 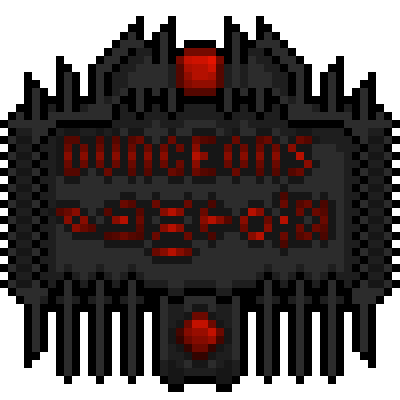 - Shadow Residence shall appear on the Outpost after finishing the Erchius Mining Facility mission
- Shadow Colony
- Shadow mines in two possible variations
- 7 shadow buildings
- Four monster encounters
- Crash site
- USCM Bunker, as a part of a future storyline
- The Silent Domain is open for you
If some dungeons refuse to appear or appear too often, please let me know, so I could tweak it. 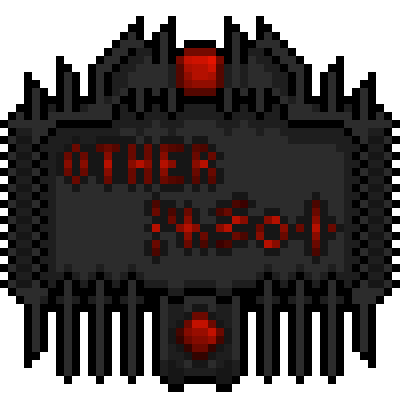 If you have a wish to help me to enhance the mod, please, visit this discussion and consider leaving a report to any grammatical errors you may have encountered during playing with the mod.
I also now have a Buy Me a Coffee[www.buymeacoffee.com] or Boosty[boosty.to] page. Consider checking it up if you wish to support my work :3
Oh, and visit The Halls of Pain thread, where I explain some intricacies with Boosty and what the supporters may get
May we all finally have peace.

And, of course, this isn't final so I will need feedback and some errors report if such will appear. Thank you.

Ashspeaker  [author] May 14 @ 11:39pm
@LocustTheLorde
The Collector transforms raw meat, bandages, and salves into shadow medicine and food. It also transforms other types of consumables

LocustTheLorde May 14 @ 6:50pm
Quick simple question, how does the Collector work? as far as I know it just asks me to put somethin in, what do I put in?

Ashspeaker  [author] May 14 @ 1:21pm
@Rathlon Tobias Riverwind
Deodaesetyr(the red crystals) is the meterial used for crafting all maners of shadow-themed stuff, furniture and equipment alike.
The crafting station, the Enshader, can be created after the complition of initiation quest for non-shadow characters. To start it, you should buy the Base Detail item from Storyteller's Emporium on the Outpost, then accept the quest and follow the instructions

Rathlon Tobias Riverwind May 12 @ 1:08pm
I'm wondering what are the red crystal like stuff you find on ash planets are for?
Also how do we obtain the shadow crafting station from this mod if we're not the Silent Shadow race?

Ashspeaker  [author] Mar 26 @ 6:09am
@Trapped
T'was by design, to balance out many of the Shadows stats, and reflect how fragile they are due to the low density of their "bodies"

Trapped Mar 26 @ 5:05am
Was it you're design to have negative 30 armor to start out with? cause I've removed all other mods that could be potentially doing that

Ashspeaker  [author] Mar 6 @ 10:19am
Concerning the mod updates
I'll just leave it here for those who are interested in the situation in which I have to work.

♥Kuudere-Chan♥ Mar 3 @ 1:40am
Posted my pastebin in the Bug Reports Thread o7

Ashspeaker  [author] Mar 2 @ 7:09pm
@Morbid Curiosity
I thank you for the kind words, yet there's little of a lie in my depression. If anything, I've learned to see the world clearly for what it is, without the blur of deceitful emotions... mostly. But true is true: everything shall inevitably pass

Morbid Curiosity Mar 2 @ 6:23pm
FRAK I should've poked around here earlier. I should've been here on Christmas to barge in and share what wisdom my mother gave me: Depression LIES. It steals and hides what makes you willing to so much as move, because that's what can stop it.

I'd know! It was this very mod, your absolute masterpiece, that helped me through my first year of college - and then quarantine. Why do you think I was such a nervous wreck simply asking for a chandelier?

Focus on the little things, go through daily motions, eat some chocolate if you can, and repeat to yourself: "this, too, shall pass."
< >