Store Page
ARK: Survival Evolved>  Workshop > WETBATMAN's Workshop
This item has been removed from the community because it violates Steam Community & Content Guidelines. It is only visible to you. If you believe your item has been removed by mistake, please contact Steam Support.
This item is incompatible with ARK: Survival Evolved. Please see the instructions page for reasons why this item might not work within ARK: Survival Evolved.
Current visibility: Hidden
This item will only be visible to you, admins, and anyone marked as a creator.
Current visibility: Friends-only
This item will only be visible in searches to you, your friends, and admins. 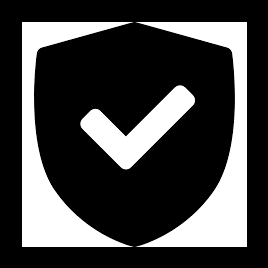 This item has been added to your Subscriptions. Some games will require you to relaunch them before the item will be downloaded.
In 2 collections by WETBATMAN
DopeArk Mod Pack

9 items
Description
Mod ID = 1840739225
THIS SYSTEM WILL ONLY PROPERLY WORK ON WINDOWS SERVERS, LINUX IS NOT SUPPORTED
Keep Griefers away and make sure banned players never join your servers again, even if they change accounts!

What data is being collected by this mod and where is it sent to?
By installing this software on your computer (subscribing to the mod), you agree to be bound by the terms specified below.

If you do not agree to the terms of this License Agreement, please do not install/execute the software or play on any server that requires it.

By installing, enabling or using Ark Better Server Security (HWIDBans), Licensee agrees with all the terms of this Agreement. Licensor reserves all rights not specifically granted and transferred to Licensee.

Licensee understands, acknowledges and agrees with the following:

- Licensee acknowledges that the invasive nature of Ark Better Server Security (HWIDBans) is necessary to meet its purpose and goal of preventing and detecting same users on different accounts.

This License Agreement constitutes the entire agreement between Licensor and Licensee and supersedes any prior statements.
< >
23 Comments

WETBATMAN  [author] May 11 @ 1:02am
hi, the mod doesn't start operating until you connect to a server, so before you do that it's up to steam/ARK to properly load your mods and install them, so unfortunately i cannot help with your issue :(

Cnaqs May 10 @ 11:53pm
This mod seems to be fine but I am having trouble installing it says %100 complete but wont finish downloading and cant join any servers with this mod, Ive looked up everything tried everything nothing has worked tried installing/reinstalling unsubbing resubbing deleteing mods folder multiple times nothing seems to work please help.

SirShaw Feb 9 @ 7:22am
mod works great! Good job WETBATMAN. P.S. ignore the trolls below. They are just mad because their shenanigans are prevented with this plugin/mod combo now.

WETBATMAN  [author] Jan 7 @ 9:44am
your IP is never stored, it's only ran through a region lock/anti VPN check (if server admins have this option enabled) so yes

WETBATMAN  [author] Dec 30, 2019 @ 1:24pm
your computer HWID is obtained and hashed via sha128 to anonymize it, after which it's sent to the server from the client via a mod event.

by "the server" I mean the server you're connecting to, not some mysterious server box I own

YamatoBeats Dec 30, 2019 @ 9:10am
You Have to purchase a license to and set up the plugin required by this mod before attempting to use it!

WETBATMAN  [author] Dec 30, 2019 @ 8:43am
1.the sole purpose of the mod is data transmission, it always does this regardless of whether you bought it or not, the mod is not tasked with absolutely anything else, that's it