Store Page
ARK: Survival Evolved >  Workshop > EddyChomps's Workshop
This item has been removed from the community because it violates Steam Community & Content Guidelines. It is only visible to you. If you believe your item has been removed by mistake, please contact Steam Support.
This item is incompatible with ARK: Survival Evolved. Please see the instructions page for reasons why this item might not work within ARK: Survival Evolved.
Current visibility: Hidden
This item will only be visible to you, admins, and anyone marked as a creator.
Current visibility: Friends-only
This item will only be visible in searches to you, your friends, and admins. 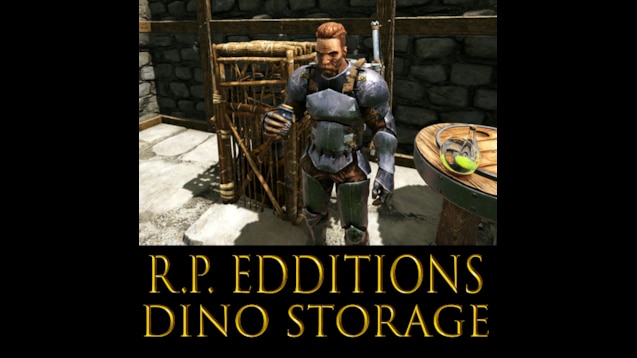 EddyChomps
Offline
See all 139 collections (some may be hidden)

This item has been added to your Subscriptions. Some games will require you to relaunch them before the item will be downloaded.
Description
R.P. EDDitions Dino Storage
V2.04

Stand alone version of the de-tekked cryopod based dino storage system in my R.P. EDDitions mod.

Mod ID: 1794454684
V2.0 Update
In the 2.0 update I have added many new features including but not limited to, Jars now show stat points, colors(both the ID and a visual representation), if it has equipped items(saddle, costume, weapons and helmet) it will also store these items with your tames, much faster pick up, visuals and sounds can be disabled via an INI setting and an adjustable timer via an INI setting. Plus more.
They have also been simplified from the previous version in how the settings work and now has only 2 jars, the default one that has no timer and an optional one with a timer.
Attention!
The 2.0 update will require you to unjar your tames and place them in the new jars. All the old jars will no longer be able to pick up tames and old pen will need to be picked up and it will give you the new style. Old revival system has been removed and is now simplified and is done in the tame pen.
Instructions to transfer to new jars and pens.
1. Remove all old discontinued Jars in old pen.
2. Pick up old pen, (it will give you a new style pen) put new pen down again.
3. Make new jars
4. Unjar dinos from old discontinued jars and put in new jar
5. Put new jar dinos back in new pen
6. Throw out old jars.

The Tame Pen and Tame Jars are a Cryopod based storage system made for RP servers. As best as possible I have removed as much of the ‘tek’ or electronic bits from the storage process and replaced them with more RP friendly effects, sounds, etc. to allow for its use on servers with limited use of advanced technologies. It is intended to allow breeders and large groups to store breeding stock or group mounts to reduce server stress and lag, as well as avoid having to do a jig to get around every creature in the barn.

This mod version will not only allow you to store your Tames in a space saving Tame Jar, but also allows for the revival of those tames in case you are careless and let them die in a timed out jar, to help prevent abuse of the jars you may enable the timed jar via INI, they may only be out of the pen for 48 hours (IRL) at a time (Adjustable via INI). The revival process is now all done inside the Tame Pen with a revival potion crafted in the pen which cannot be removed from the pen and will be lost if pen is picked up. The Tame Revival Potion requires resources that are often not easily obtained in bulk in early role-play servers, including rare mushrooms, rare flowers, polymer (may be organic), honey, and prime meat jerky, to make retrieval of tames in broken jars something a player must work towards instead of just pop in a crafting table and come back to later.

To further aid in dino cleanup of RP servers, I have also created an Admin Mode .
Admin mode allows anyone with admin on the server to be able to pick up any dino regardless of tribe or if boss, corrupt etc... as long as it is tamed. This mode is entered by right clicking while a jar is equipped in your hand.

Other great items for your role play server may be found in my R.P. EDDitions Mod (ID: 1696166357). It was the original mod where this storage system was created and contains many other useful items for servers that want the speed and abilities of later game items without the immersion breaking sounds, lights, and sights of modern or tek level crafting items. This mod was made to be fully compatible with the Main RPE Mod R.P. EDDitions Mod .

Any questions or suggestions you can contact me on my
Discord here
[discord.gg]

Looking for a Server Host? I would recommend

[gameserverapp.com]
Please use the above link to get you set up with your own server today. 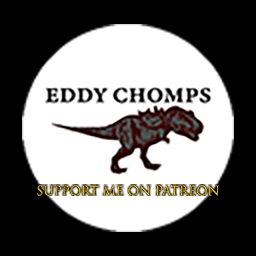 JokersDelights Jul 5, 2022 @ 3:41pm
thats what i did. ive tried it in both game ini and gameusersettingsini as well

EddyChomps  [author] Jul 5, 2022 @ 3:35pm
EnableTamePenPlayerCraftable=true This must be set to true. if you are fine with the level 51 then that is all you need.

JokersDelights Jul 5, 2022 @ 3:14pm
I am not using a white list. honestly not even sure what that is. im pretty new to this. how do i use the ark engram override for the tamingpen?

EddyChomps  [author] Jul 5, 2022 @ 10:11am
If you are using a whitelist for engrams you do not need any INI from my mod. Just use the Ark engram override to set its level.

JokersDelights Jul 5, 2022 @ 9:19am
so ive changed the ini settings to allow for the crafting of the taming bench but it still shows that it requires level 500 i changed the level requirements in the ini as well to level 51. not sure what im doing wrong. this is for a server. is there something extra i need to do.

Enabling the first automatically sets it to level 51 and then can be changed by the second.
All INI setting are in the INI settings discussion.

EddyChomps  [author] Mar 25, 2021 @ 8:14pm
Weird you ask as I am just finishing an major update to this mod. It will have many improvements and the default Jar has no timer,
< >