Store Page
Train Simulator>  Workshop > pjt1974's Workshop
This item has been removed from the community because it violates Steam Community & Content Guidelines. It is only visible to you. If you believe your item has been removed by mistake, please contact Steam Support.
This item is incompatible with Train Simulator. Please see the instructions page for reasons why this item might not work within Train Simulator.
Current visibility: Hidden
This item will only be visible to you, admins, and anyone marked as a creator.
Current visibility: Friends-only
This item will only be visible in searches to you, your friends, and admins. 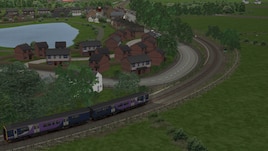 This item has been added to your Subscriptions. Some games will require you to relaunch them before the item will be downloaded.
In 1 collection by pjt1974
PJT1974

Nessland Lough is a fictional route set around the shores of a small inlet of water. Located just off the south Durham coast between Sunderland and Hartlepool, the mainline is served by both local and Inter City services. The most frequent services are the those that serve the three local branchlines.

The overall route length to drive is approx. 17 miles, although it's only about a mile as the crow flies.

Originally created in Spring 2016 as Donationware to support a Charity Event hosted by Matt Peddlesden raising funds for Cancer Research UK. The route itself raised over £650 in donations for the cause.

If you like the route, don't forget to give it a thumbs up rating. The sooner it get 30 positive votes, the sooner I can make this version 'Final' and the sooner I can upload a few ready made scenarios for it.

"After much consideration and consultation with friends within the Train Sim community, I've decided it is time to upload the route to the Steam Workshop. This is my 100th upload to the Steam Workshop and wanted to make it something a bit special. Please don't think bad of my decision, the route has achieved what it was created for, over 3 years have now passed plus I'm proud of this route and would like many others to get enjoyment from it, Many thanks"


The route was created by myself over a 4 week period with a further week of testing and adjustments which resulted in over 350 hours work to have the route ready for the charity event.


Updated to include a functioning Quickdrive scenario. (note - If starting at Drumness I recommend a short consist, a 2 or 3 car DMU for example)


Many thanks for your time and I hope you enjoy my creation.

Cyclone May 20, 2021 @ 8:03am
Not marked as final still? I stumbled upon this due to scenarios on UKTS. Would be nice if this were marked final here.