Store Page
Conan Exiles >  Workshop > Terrornaut's Workshop
This item has been removed from the community because it violates Steam Community & Content Guidelines. It is only visible to you. If you believe your item has been removed by mistake, please contact Steam Support.
This item is incompatible with Conan Exiles. Please see the instructions page for reasons why this item might not work within Conan Exiles.
Current visibility: Hidden
This item will only be visible to you, admins, and anyone marked as a creator.
Current visibility: Friends-only
This item will only be visible in searches to you, your friends, and admins. 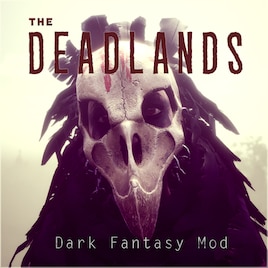 This item has been added to your Subscriptions. Some games will require you to relaunch them before the item will be downloaded.
In 1 collection by Terrornaut
Deadlands Server: Mod Collection

Please join the discord and the #deadlands-mod channel for questions & answers:
https://discord.gg/ce-deadlands

The Deadlands is a roleplay server and home to several factions that have their own feats with custom tools, weapons, and perks. There are a number of non-faction items in this mod as well, including admin-spawnable conveniences and commissioned items.

Slay or become the undead, welcome others into your faction and teach them your ways.

Many features in the mod, as well as server lore, can be learned about via craftable notes. Check the Deadlands feat categories in weapons and survival for information