Store Page
Stellaris >  Workshop > salvor's Workshop
This item has been removed from the community because it violates Steam Community & Content Guidelines. It is only visible to you. If you believe your item has been removed by mistake, please contact Steam Support.
This item is incompatible with Stellaris. Please see the instructions page for reasons why this item might not work within Stellaris.
Current visibility: Hidden
This item will only be visible to you, admins, and anyone marked as a creator.
Current visibility: Friends-only
This item will only be visible in searches to you, your friends, and admins. 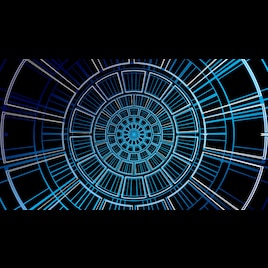 salvor
Offline
See all 8834 collections (some may be hidden)

This item has been added to your Subscriptions. Some games will require you to relaunch them before the item will be downloaded.
Description
Small announcement
Heavily recommend trying another AI mod, Startech. It's more science-oriented and, I believe, will provide more fun experience for most players.

Description
This mod intends to create an action-packed experience with AI not only being able to manage their economy, research and military but also willingness to put their fleets to use.

It's my best attempt to create the galaxy that will feel as "alive" as possible, with AI empires attempting to create their own destiny. Everyone will be trying to grow by all means necessary, be it peacefully, forcefully and if despite all efforts somebody else manages to grow better, unite against the galactic threat.

This version of the mod is compatible only with live version. If you are playing a version between 2.2 and 3.0 check my workshop, it has legacy version for every patch.

What are the main differences with vanilla?

Recommended settings
Unless you are totally sure what you are doing, I recommend playing the first game on Ensign or Captain. Once you get used to how the mod works you can try increasing the difficulty.

Heavily recommend to use the max possible amount of AI, this was the most tested setting and the most eventful, AI tend to work much better in crowded galaxies.

Advanced starts add quite a lot to experience, heavily recommend using them. I believe that adding few advanced start empires is more engaging way to increase the difficulty, you will face strong opposition and an option to unite with weaker AIs.

How much different is it from Vanilla and how does it achieve it?
Exact difference depends on galaxy settings, difficulty settings and how lucky the AIs were at the galaxy generation stage. For a rough estimate, Ensign Starnet in 2350 will have three times larger economy score, 4 times larger science score and 8-15 times larger fleet. At the same time when best vanilla AI will wield 300 navalcap worth of corvettes/destroyers, the strongest Starnet AIs will have 700 navalcap filled with state-of-the art spinal battleships.

How? Does it get more bonuses than in vanilla? If you just increase the bonus to grand admiral and call it commodore there is no point!

I will repeat, there are no additional boosts to AI. Everything Ensign AI is doing you can be doing too. Commodore AI doesn’t get any more perks apart from vanilla boosts and so on. To accomplish this, the mod changes every aspect of AI decisionmaking, the most impactful of those are the following.

Main source of performance gain is the economy changes. In most cases AI will be much better in balancing their resources, and has better grasp on how many specialists it can afford while not killing yourself with upkeep.

Note that among other things AI will not use clerks unless it's a good idea. So as a side-effect branch offices will be less profitable. You might consider spawning few empires with merchant guilds to make it easier.

Default AI picks techs more or less at random. In contrast Starnet will climb the tech tree rapidly and prioritise techs which will make it as deadly as possible. Fleet composition, weapon composition and tech choice are improved to create a coherent gameplan, you should experience AI having spikes of power when it reaches next milestone.

AI will try to build what I believe to be optimal AI composition (a lot of battleships) but if it's something that you do not want to see, take a look at a submod that will instead force AI to use mixed fleets.

The way Stellaris is balanced, having fleet is a huge investment which won’t ever pay off unless you go to war. Starnet changes opinion modifiers to make it so AI will go to war and be happy to feed on weak neighbours. This should make AI actions have a "realpolitik" look. In addition, in this mod I've drastically increased AI response to common rivals and threats, the idea is that was the best way I could achieve AI uniting against common enemies and common threats.

In addition, AI is more likely to federate with long-term allies (especially in presence of common rivals). Diplomacy isn't too moddable in stellaris, but I think I managed to tweak the constants in a way that every galaxy will eventually contain multiple competing federations.

If you do not like these changes, you can use the Patch which reverts them and makes diplomacy closer to vanilla.

To use this mod in combination with NSC2, follow the instructions at Starnet for NSC2.

To use this mod in combination with ESC, follow the instructions here.

This mod is not compatible with any other AI mod . In general most AI mods are incompatible with each other unless otherwise specified and loading them together will break everything and none of them will work properly.

Acknowledgements
Special thanks for TechSY730, Equalizer, OldEnt, TrailedMachine and many others for various help in making this mod.

I am very grateful for everyone giving feedback and sending bug reports, thank you, without you the mod would be much less performant!

Supplementary mods
If you want to play Starnet, but would rather have AI use mixed fleets instead of what I made them use, you can check this submod.

If you want to play, but don't like me tweaking with opinion modifiers, you can check this submod.

This mod doesn't change the crisis AI. If it's something that you are interesting in, I recommend this mod

SEBZER Jan 22 @ 2:00pm
This mod is so good that i LOST a game first time. I could not do anything the AI was doing so good that i was thinking it was cheating but no it was not im just so bad at game, playing on vanillia just lets you to be bad.

When i play as purifer every neighdbour and even thier neighdbours wil focus on destroying me.
When AI have opportunity it WILL conquer if we are not friends.

Every AI even in late game had equal technology, technocrats even better (as it should be) equal or little worse economy and fleets.

AI even builds fleets to countre my builds

But it also spams friggates what is really bad thing.

DoubleE Jan 16 @ 1:19pm
For those having "issues" with the AI seemingly not declaring wars, I had similar thoughts so I did some testing. I made a 400 star galaxy with the max number of AI empires spawn to have as few avenues to peacefully expand as possible. From my observations the AI are able to go to war, it just seems to be a last resort for them. The AI will not go to war unless they are completely enclosed and have no chance to expand otherwise. After seeing this behavior I can believe that this is not a bug, it just may not be what some might expect from Starnet. Seeing the AI not be murder machines that declare war all the time was at first surprising from what I read online. After seeing the AI in action however I think the current state of the AI is actually fine, just not what you might wanted if you expected wars popping up constantly.
(Or maybe I'm incorrect and something actually is bugged, but right now the mod is playable imo)

mad-rooky Jan 15 @ 8:43pm
I ran this with nsc2 and the patch, a few other mods, well sorted, no tech mods besides nsc2. First game with this AI. Ai expanded not properly, build no new starbases on colonies, focussed mostly on colonizing but not taking sectors. After 30years most empires had plenty colonies but only very view systems without colony. Everything else seemed to work, already had a war. From what i see planetary dev seems ok.
I switched this mod with Startech, and suddenly starbases are popping up, holes in territory are closed. Idk, did not check yet for possible file corruption. Interesting to hear if that appears to happen to others aswell.

ArchAngel Jan 15 @ 4:41am
Is this going to be fixed? The AI hardly ever declaring war seems like a pretty critical bug and makes for an extremely dull game.

NoHackToday Jan 8 @ 1:00pm
I have the same problem as ArchAngel, it's not impossible for AI to declare war but they are very unlikely to do so. After 80 years in game I've seen around 3 or 4 wars even when using very aggressive AI rule. However after removing Starnet, 3 wars started in less than 1 year

ArchAngel Jan 8 @ 10:53am
I've been using Startech, not Starnet, but I've been having issues with the AI refusing to declare wars, even into midgame. Disabling Startech causes them to declare wars within a couple years, so it is definitely something with Startech/Starnet.

OldEnt  [author] Jan 7 @ 1:24pm
I am on a modding break and will only fix critical bugs and game updates.

If you don't like of have problems with how StarNet affects diplomacy you can use Friendship Patch .

AI certainly builds districts if there are slots available.

sabitsuki Jan 7 @ 12:02am
starnet around 3.2 and 3.3 was unplayable because even the neighborhood migratory flock has -500 opinion on my xenophile empire that changes to like 500 while I fend crisis off their arse then instantly changes back to -500 after I finish off the crisis. Has this sort of improved by now?

[A] El Chialde Jan 1 @ 11:05pm
seems AI never build districts, a lot of worlds end up with all research but no housing so instant revolts after taking it

Watchman Jan 1 @ 3:25am
Any ideas to improve how custodian AI works? After upadte AI actually proposes itself to that position quite well... but ends up doing nothing at all, not even proposing some of his unique resolutions. Would be nice if you could tweak that to make them feel more alive
< >