Store Page
RimWorld >  Workshop > Revonworc's Workshop
This item has been removed from the community because it violates Steam Community & Content Guidelines. It is only visible to you. If you believe your item has been removed by mistake, please contact Steam Support.
This item is incompatible with RimWorld. Please see the instructions page for reasons why this item might not work within RimWorld.
Current visibility: Hidden
This item will only be visible to you, admins, and anyone marked as a creator.
Current visibility: Friends-only
This item will only be visible in searches to you, your friends, and admins. 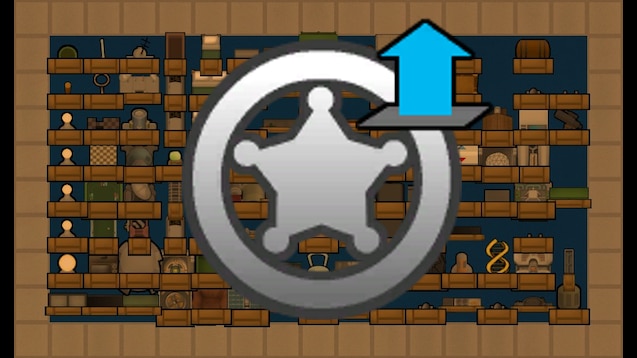 This item has been added to your Subscriptions. Some games will require you to relaunch them before the item will be downloaded.
In 1 collection by Revonworc
Uninstall Rimworld Collection

With this mod, you can uninstall nearly every type of building in Rimworld to freely move them about.

Cool! What buildings can I move now?
Well, it would probably be easier to list off what buildings you can't uninstall.

Okay... so, what are those buildings, then?
I'm glad you asked.

Just tell us already!
Okay, fine, fine. I was getting to it anyways...

The buildings you still cannot move are:

- Spots and Zones
Because when you can place and remove them without any resource cost or work done, why would you want an option to have a colonist strip it off the floor and move it somewhere else?

- Graves
It's literally a hole in the ground. How do you pick that up and move it? Besides, graves have no resource cost, so there's basically no difference between expending work to deconstruct and reconstruct it and expending work to uninstall and reinstall it. Note that sarcophagi can be uninstalled.

- Natural Buildings (trees, rocks, geysers, etc.)
Since these building types are never meant to be placed by the player, they lack several of the key attributes that make doing so possible, and I'm just a bit too dumb to know how to add those in. Besides, how reasonable is it really to pick up a mountain or a steam geyser and move it somewhere else?

- Exotic Buildings (ship chucks, poison and psychic ships)
Basically has the same problems as the natural buildings. Besides, letting you uninstall crashed ships would be, like, really cheaty.

- Unsellectable Structures (floors, bridges, and roofs)
You need to select a building before you can uninstall it, so obviously doing so with these types of buildings just isn't an option. Someone smarter than me could probably find a way to do it, but not me.

- Stuff From Mods
Obviously, I can't make things uninstallable when I don't know what they are or if they'll be in your game. At least not without automating the process, but that comes with its own problems and also I don't know how to do that.

What about X, is that uninstallable?
If it's not on the list, then yes. It should be at least.

What if it's not?
Let me know so I can fix that.

I'm getting error messages when I try to uninstall things!
Yes, that happens when trying to uninstall the solar and watermill generators. As far as I can tell, it's because of their unique power plant types, but I don't know how to make the errors in question stop happening. That said, as best as I can tell, these errors don't actually seem to do anything aside from opening the debug console, and since you can tell the debug console not to open automatically, I decided to just leave it in. If you're worried about it, you can just avoid uninstalling those two buildings, and if you're really worried about it, you can go into the mod files and delete the file entitled "UninstallBuggyPowerPatches.xml".

When I reinstall my wind turbines, they still get blocked by things that were in the turbine's old location!
This is because the wind turbine uses an attribute called an updateCounter, which is used to determine whether or not the wind is blocked. Turns out, when the turbine is moved, the updateCounter doesn't update its own position, so it uses it previous position to check for blockage rather than its new one. The solution? Save and reload. That'll get the updateCounter in the right location.

How does this mod differ from other mods that do the same thing?
Funny thing... I legitimately didn't know other mods like this one existed until after I published it and the first comment I got was asking this. I even searched for mods like it first, but didn't find any, because I used the term "Uninstall" for my search, which the game during gameplay, whereas all of the other mods seem to use the term "Minify", which the game uses internally in its code, and which I didn't even realize was a term until I started coding the mod...

You're rambling.
Yes I am. But to answer your question, most other mods only add uninstallability to one or a few buildings in the game, rather than the all of them that Uninstall Rimworld does. The only other one I could find that does all of them is Minify Everything.

What a shocker.
Hey, let me explain my reasoning first. See, Minify Everything uses an automatic approach to adding uninstallability. This means it goes through the building list and adds the few fields necessary to making buildings uninstallable to any building that lacked them. These fields are "minifiedDef", which adds the item a building turns into when uninstalled, "thingCategories", which determines what tab the item gets stored under in storage spaces, and "Mass", which is how much of your pawn's carry capacity the item takes up.

But, because Minify Everything's process is automated, it just gives the same values for each field. Every building has a mass of 1 kg (except for a handful that inherited mass values from parents), and thing category of "Misc". In addition, the automated process adds these fields to buildings that logically shouldn't have them, like Spots, and fails to add them to buildings it logically should, like the Ancient Cryosleep Casket. What this means when all is said and done is that even the massive 6x7 ship's reactor only has a mass of 1 kg. Light enough you can stick it in your pocket. Worse is how spots also weigh 1 kg. Spots are literally nothing, yet somehow still have mass. Because of all this, you could basically just carry your whole base around in a caravan because it'll be so light that a few pawns could carry everything around in their pockets.

To be fair to Minify Everything, there is a mod option menu for it that lets you disable certain buildings from being made uninstallable, but this still doesn't fix every issue I have with it.

In Uninstall Rimworld, conversely, I modified these three fields manually for each building, and made sure to give each an appropriate thingCategory and Mass, inadvertently sidestepping all the issues I found later in Minify Everything. As best I can tell, the only real advantage Minify Everything has is that in being automated, it can apply Uninstallability to new buildings added by other mods.

So wait... if you manually added mass values to each building, how massive do they get? Are any so heavy you can't carry them? Wouldn't that defeat the purpose of the mod?
Oh, you don't need to worry about anything like that. See, when hauling items, there's always a minimum of one item you can haul, regardless of mass, so no matter how heavy things get, you should always be able to reinstall them and put them in storage. That being said, some are massive enough to be impractical, (albeit not impossible) to move in caravans, but that is kind of the point.
Popular Discussions View All (1)

Kokorocodon Jan 4 @ 6:47am
Are you telling me it does not uninstall my rimworld game?

BabyNanachi Apr 17, 2021 @ 8:02am
This is rather restrictive when compared to "minify everything" which does seem to work with most mods/items as long as you own them

Myserii Jul 3, 2020 @ 6:24am
Does this mod work currently? Says in my mod list that it is not compatible with the most recent update.

This time it's Camping Stuff, originally by Nandonalt and made 1.0 compatible by Alias.

I've tried switching them round in the mod order by the error shows up regardless.

Interestingly, when I tried switching this mod and Medieval Times, so that MT was after this one, it did work; the errors vanished. Not with Camping Stuff though...

Is there any way to fix this?

spsblue May 24, 2020 @ 7:23am
Ok, so further investigation shows the clash seems to be with Medieval Times.