Store Page
Arma 3>  Workshop > Nichols's Workshop
This item has been removed from the community because it violates Steam Community & Content Guidelines. It is only visible to you. If you believe your item has been removed by mistake, please contact Steam Support.
This item is incompatible with Arma 3. Please see the instructions page for reasons why this item might not work within Arma 3.
Current visibility: Hidden
This item will only be visible to you, admins, and anyone marked as a creator.
Current visibility: Friends-only
This item will only be visible in searches to you, your friends, and admins. 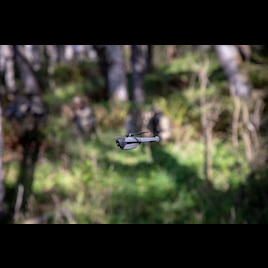 Mohamedcl
Offline
See all 58 collections (some may be hidden)

3D Model - ToxicSludge Thanks for building the 3d model of this drone. Without his help I am not entirely sure we would even have a version to the point it is at right now.

Lastly for the people that have spent time working on the configs and doing proof of concept work on the original mod; you guys have been a huge help. They are as follows:

Lewis - early configs for the concept work on original mod

Thanks to Mr. Mustache (A3 Hub Discord) for his additional screenshot with the drone being released near the vehicle.
Popular Discussions View All (2)

Nichols  [author] Mar 29 @ 8:50am
@Mohamedcl I sent friend request to you.That way we can chat directly.

Mohamedcl  [author] Mar 29 @ 4:43am
Hello, I liked the mod I am interested in updating it, it is possible that I can upload this mod in a mod pack where I test things and upload it to the workshop (without earning the merit), obviously I will wait for your permission.

Nichols  [author] Jul 12, 2021 @ 1:00pm
@Engieman It has some weight issues with it. I have not updated it in a while and have been thinking of pulling it off the workshop since the SPS guys have a version up as well.

No and no plans for it to do that...its only meant for close area situational awareness and final movements into a target location.

Also to everyone else. I have a few ideas after talking with some folks and I am trying those this weekend....12/29/19...hope to have some info soon on if it works or not.