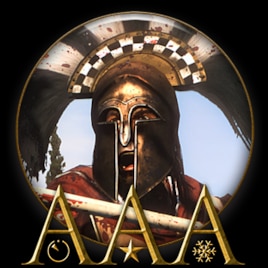 This item has been added to your Subscriptions. Some games will require you to relaunch them before the item will be downloaded.
In 1 collection by Benjin
AAA: Aging, Advancing, Acclimatising - Mod Series

5 items
Description
New Greek generals who change appearance based on age, rank and season. This mod is a part of the AAA Generals mod series.

INTRO
Aren't you tired of how the vanilla general characters look in Total War: ROME II? Is your immersion broken when you see a character who is 80 years old yet still looks like he's 30? Or how about when they're trudging through the snow without any kind of winter clothing - mustn't they be freezing like that? Aren't you just bored of how campaign characters always look the same throughout all your campaigns and have always wanted to give them some better looking gear to fit their increasing rank and status?

Then look no further! This general mod series - like none other before it for Total War: ROME II - will solve all of the above for you.

ABOUT - AAA: Generals - Greeks
This is the third - and the largest so far - of releases for this series of campaign agent character mods, aiming to provide players with campaign characters who dynamically replace their appearances with alternating variants based on three attributes for all campaigns.

These three attributes are:

The number of variations for the Greek appearances reaches into the thousands - around 5,000 (9,000 counting the battlefield variants, which just have added spears for when they're in a spear-wielding bodyguard unit) - for 23 characters - giving a lot more variety to the Greek characters in your campaigns! There are:

NEW 3D ART ASSETS
For this mod, I endeavered to create a few entirely new assets that the community haven't seen before in an effort to further differentiate the Generals by faction. If you want to use any of these assets for your own mods, you must ask for permission first.

If you would like to help support my efforts bringing more entirely new assets into the game, consider following / donating to my Patreon[www.patreon.com]. These take a lot of time to create, since I'm using the industry standard pipeline that companies such as CA would use to make them.

COMPATIBILITY
This mod was designed for compatibility in mind and is therefore compatible with all overhaul mods (e.g. Divide et Impera). However, there are a lot of overhaul mods out there and I may not have tested them all. If you find anything that's wrong, let me know and I will try to fix it. And yes, it is save compatible - you can enable / disable it whenever you want

THANK YOU
Special thanks to: 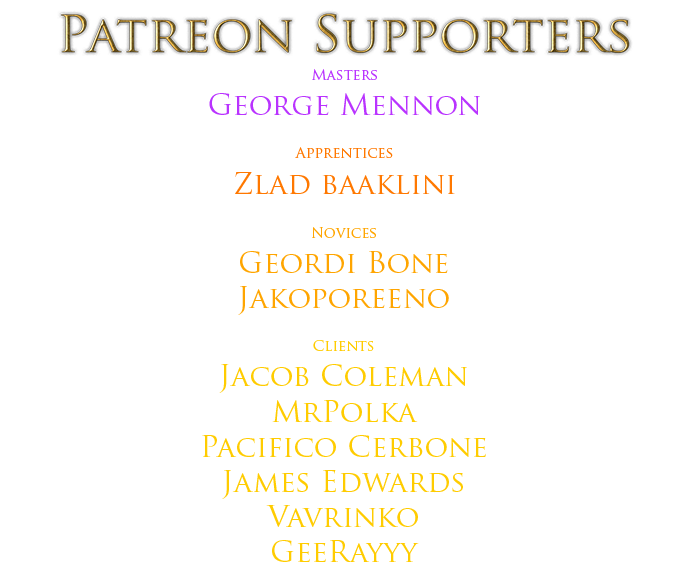 And finally, thank you for reading and (hopefully) rating + subscribing! I put a lot of my free time into this, and am glad it's finally done for all of you to enjoy.

DISCORD
For faster communication and news on progress, join my Discord[discord.gg] server!
Popular Discussions View All (2)

Benjin  [author] Aug 19 @ 12:38pm
@andecande42
Yeah definitely, I will be, but I will be updating AAA: Generals - Punics first so that they have Numidian + Nubian generals. That will be coming very, very soon.

andecande42 Aug 19 @ 11:57am
Hello Benjin, I have a question. Will you be making a "AAA" mod for Barbarian and Eastern factions? I'm sure you have been asked the same question before, So I apologize if you find the question annoying. I am truly curious if this is something that you are planning on working on.

Benjin  [author] Aug 19 @ 8:07am
@Archer (Part 2)
I didn't make the Greeks "SOOOOOO white" - they're unedited models & textures made by CA from Attila's Eastern Roman Empire faction who occupy the same geographical space, nothing to do with me making them that way so you may want to take it up with them. It was either that or go for - in my opinion - those awful vanilla Greek skins which have crappy naked body/face models (they have no chest, so you can't have them wear chitons + their facial variety is very low (5); you'd be seeing the same heads again and again) + downscaled 256x256 textures. If you don't like that so bad, then by all means go ahead and retexture all 18 (x2 for middle and x2 for old; 54 in total) body textures yourself and make a submod for AAA that replaces them.

Benjin  [author] Aug 19 @ 7:42am
@Archer
Fix the faction leader for Athens... in what way? Care to provide a screenshot so that I can determine whether or not what you're saying is simply a bug / mod conflict? Because to me - in vanilla - he doesn't look like "an old man" as you keep on vaguely describing? If you're seeing the same character the same way as I am seeing him, what makes you think he looks so old?

I deemed your previous comment to be inflammatory and non-constructive, that's why I removed it. Maybe try articulating your point better or maybe even try to provide at least one of the example pieces of information I've mentioned above next time?

Basileus Aug 17 @ 4:04am
Also, why did you make the Greeks SOOOOOO white, they were dudes lubed up in olive oil running around half naked on islands.
< >