Store Page
ENDLESS™ Space 2>  Workshop > `'Kuma's Workshop
This item has been removed from the community because it violates Steam Community & Content Guidelines. It is only visible to you. If you believe your item has been removed by mistake, please contact Steam Support.
This item is incompatible with ENDLESS™ Space 2. Please see the instructions page for reasons why this item might not work within ENDLESS™ Space 2.
Current visibility: Hidden
This item will only be visible to you, admins, and anyone marked as a creator.
Current visibility: Friends-only
This item will only be visible in searches to you, your friends, and admins. 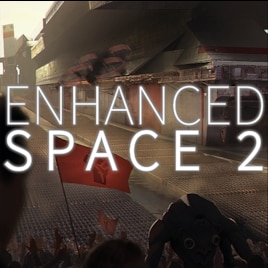 `'Kuma
Offline
See all 112 collections (some may be hidden)

This item has been added to your Subscriptions. Some games will require you to relaunch them before the item will be downloaded.
Description
This mod's goal is to rework most aspects of the game to bring a lot more polish and a more even playing field for newer and advanced players alike. It also attempts to make the game more flavourful.

Support the mod on Patreon.[www.patreon.com]
(To make a one time donation, pledge once and then immediately unsubscribe, you'll keep your perks until the end of the month.)

Full List of all the mod changes [google drive link].[docs.google.com]
FAQ thread link [steam workshop].
How to enable achievements with mods.[www.patreon.com]
Discord Server, come hang out with me and other mod users.[discord.gg]

Riekopo Nov 26 @ 6:24pm
I guess this doesn't work with the ESG mod? Are the bugfixes at least incorporated into that mod?

Tklama Oct 19 @ 3:20am
So I just did a session on Endless difficulty, normal speed as UE:

- Unfortuantely it seems like the Craver AI is still the only one that shows even a semblance of ability to keep pace with the player. They do start building carriers relatively early on, and can trade sort-of evenly against the player who doesnt have carriers yet. Even they, however, completely unravel once the player gets access to carriers. The AI does build more ships and builds them faster, but their stats are subpar, in spite of them surely having a significant technological edge. The score is 1300 for me and 2200 for them.

- All the other AI factions are complete pushovers even on Endless.

Tklama Oct 19 @ 3:19am
- Are the significantly overblown industry costs of white modules intentional? Comparing them to their strategic resource equivalent they cost 250 percent more industry to produce. In the vanilla game, they cost about 10 percent more. I feel like it makes them basically unviable.

- There is some missing GUI element related to a hero skill: https://imgur.com/a/D6qqTYI

Otherwise I liked the mod, shame about the AI still being shit.

thibaulthc Oct 14 @ 4:09pm
it was the Vaulters who had sovereignty (or whatever it's spelled) , the option to assimilate was tooltiping something like "you have to be the suzerain to do that"

thibaulthc Oct 13 @ 8:04pm
started another game with this mode only, same bug persists
BUT after another "check files integrity", it now wors like a charm !

one question I couldn't find info about: once another AI has the best relation with a minor faction, impossible to assimilate them ? (considering I don't have the "hacking" DLC and I passed the 100 mark so I can't praise them anymore)

thibaulthc Oct 13 @ 2:24am
oh, my bad then; sorry
and thanks for your answers!
I'll try again without Endless Moons

I'm now on another game with ESG 1.5 and Endless Moons, and no problem of this kind so far.
It's a pity because I really like some of the changes you created :(

`'Kuma  [author] Oct 12 @ 1:41am
@thibaulthc > I'm guessing you have either an old mod that's outdated and/or a mod compatibility issue.

@KaiOnyx > It's fixable, albeit a lot of work so fairly low priority.
< >