Store Page
Cities: Skylines>  Workshop > EvametryE's Workshop
This item has been removed from the community because it violates Steam Community & Content Guidelines. It is only visible to you. If you believe your item has been removed by mistake, please contact Steam Support.
This item is incompatible with Cities: Skylines. Please see the instructions page for reasons why this item might not work within Cities: Skylines.
Current visibility: Hidden
This item will only be visible to you, admins, and anyone marked as a creator.
Current visibility: Friends-only
This item will only be visible in searches to you, your friends, and admins. 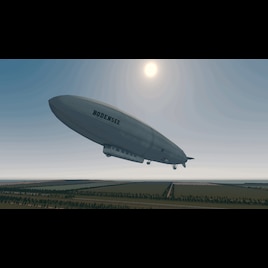 EvametryE
Online
See all 267 collections created by EvametryE and other people (some may be hidden)
You need DLC to use this item.

This item has been added to your Subscriptions. Some games will require you to relaunch them before the item will be downloaded.
In 1 collection by EvametryE
Vintage planes

93 items
Description
After many years of waiting, its finally possible to create vehicles with custom rotating propellers and rotors. In the light of the coming of submehes (comparable to the second coming of jesus) i decided to make a zeppelin with new propellers.

On to the actual asset. the LZ-120 Bodensee was the first zeppelin built by Echenerand his zeppelin company (inherited from the passed Graf Zeppelin), built in 1919 she had a short life as a commerical airline zeppelin for DELAG in Germany, before being requisitioned and transfered to italy as wartime reparations, in Italy she served the role of a commercial airline zeppelin as wel, renamed Eperia.

Originally decomissioned in 1928, the Esperia got stashed in a random hangar in rural italy, to be forgotten about, until 1948. Miraculously surviving the war the zeppelin was encountered in tact, albeit dusty and overdue for maintenance.
in 1949 The Esperia was sent to germany, to the Zeppelin factory to be repaired, and refitted so it could support helium in its gasbags, instead of the dangerously flammable hydrogen, which caused the Hindenburg disaster 12 years ago.
Repaired and ready to go. the Esperia was once again renamed to Bodensee. Despite zeppelins being replaced by much faster and longer range aircraft, The zeppelin company managed to convince the US government and the governor of Caulfields in 1951 to set up a legacy airline for zeppelin travel. Despite predictions the zeppelin line became a massive hit with the richest of society, who longed to get a glimpse of the old glory days of air travel.
And thus, in 1958 the zeppelin line still operates in the US, flying from Caulfields to Friedrichshafen on a regular basis.

READ THIS ABOVE ANYTHING ELSE: THE MOD IN THE REQUIRED ITEMS IS ABSOLUTELY NECESARY, IF YOU DONT SUBSCRIBE THE PROPELLERS WILL ROTATE AROUND THE WRONG AXIS.

Want to commission me ?
That is possible Here [docs.google.com]

Or perhaps become a patron or donate some money ?

qazwax01 Jul 16, 2018 @ 4:58am
could you make a version with the scale and locations to work with the graf zeppelin set made by armesto?

now we need a depot for this sexy body :>