Store Page
Warhammer: Vermintide 2>  Workshop > prop joe's Workshop
This item has been removed from the community because it violates Steam Community & Content Guidelines. It is only visible to you. If you believe your item has been removed by mistake, please contact Steam Support.
This item is incompatible with Warhammer: Vermintide 2. Please see the instructions page for reasons why this item might not work within Warhammer: Vermintide 2.
Current visibility: Hidden
This item will only be visible to you, admins, and anyone marked as a creator.
Current visibility: Friends-only
This item will only be visible in searches to you, your friends, and admins. 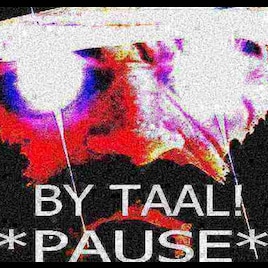 This item has been added to your Subscriptions. Some games will require you to relaunch them before the item will be downloaded.
In 1 collection by prop joe
Prop Joe's mods

Expanded the scope of the mod to include mutator options as a way to empower users to create their own mutators and game modes, as well as offering some built-in mutators.

MAKE SURE THE MOD LOAD ORDER IS CORRECT: in the launcher, put the dependency mods you see on the right above this mod.

How to report mod errors

Give me all your money: paypal[paypal.me]
Popular Discussions View All (1)

Tocantin Aug 12 @ 2:12pm
welp using beastmen in the ambient spawns with this mod crashes the game

MattoFrank Mar 13 @ 4:49am
Is it possible to add an option for only spawning skaven or chaos or beastmen units? If so, I also wonder why they didn't add the option in vanilla ...
Or maybe replace all skaven units with their chaos equivalent for example.

Alex Nares Dec 23, 2019 @ 1:37pm
Oops, well that theory is out. Game still crashes, but only seems to happen at certain points on certain maps.

Alex Nares Dec 23, 2019 @ 12:20pm
I can confirm that using "Reverse Twins Mutator" with Beastmen will cause crash when an Ungor Archer procs the spawn of a stronger unit. It probably wont work with “Upscale Breeds” either.

Selecting these breeds to spawn WILL cause crash:
1) Chaos Zombie
2) Chaos Vortex

Alex Nares Dec 23, 2019 @ 12:20pm
I am thoroughly enjoying this mod (this is probably the one of the best mods). In your mod you mentioned you didn't have time to test, so I did some testing with custom ambients.

Weighted Ambient Makeup - (This is the just a theory only, cannot confirm 100%)... but the total combined weight of all breeds must be below a certain number. For example, I used a configuration of breeds that totaled a combined weight of 102 and my game crashed right away after starting map. But after reducing combined weight to 51, it runs fine. My theory is that, the game creates a "deck of cards" (adding 1 card for each weight on each unit). When game spawns units, it draws the top card of the deck and spawns that unit. When the deck runs out, it re-shuffles the deck. I believe the deck cannot exceed a certain number (maybe 100?).

Tocantin Aug 26, 2019 @ 11:12am
So it completely ignores a lot of times what I set up. For example: When I set that hordes should only consist of Slaves and Plague Monks it usually works pretty well.. sometimes though the game spawns beastmen for no reason. Also when I set up that only Globadiers and Warpfirethrowers should spawn.. then it sometimes ignores that rule and spawns Life Leeches and Hook Rats etc...