Store Page
Total War: ATTILA>  Workshop > UMCenturion's Workshop
This item has been removed from the community because it violates Steam Community & Content Guidelines. It is only visible to you. If you believe your item has been removed by mistake, please contact Steam Support.
This item is incompatible with Total War: ATTILA. Please see the instructions page for reasons why this item might not work within Total War: ATTILA.
Current visibility: Hidden
This item will only be visible to you, admins, and anyone marked as a creator.
Current visibility: Friends-only
This item will only be visible in searches to you, your friends, and admins. 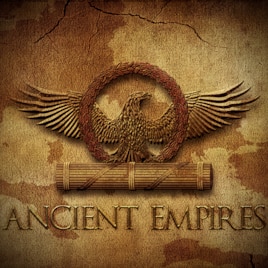 UMCenturion
Offline
See all 269 collections (some may be hidden) INTRODUCTION
⠀⠀⠀⠀⠀⠀⠀⠀⠀⠀⠀⠀⠀⠀⠀⠀⠀⠀⠀⠀⠀⠀⠀⠀⠀⠀⠀⠀⠀⠀⠀⠀⠀
We are proud to present the Ancient Empires overhaul for Attila. This campaign is set in 202 B.C., just prior to the climax of the Second Punic War at Zama.
⠀⠀⠀⠀⠀⠀⠀⠀⠀⠀⠀⠀⠀⠀⠀⠀⠀⠀⠀⠀⠀⠀⠀⠀⠀⠀⠀⠀⠀⠀⠀⠀⠀
After more than a decade of intense fighting in Iberia and Italy, the great commander Hannibal has been forced to retreat back to Africa. In spite of many victories over its rival, Rome, Carthage is severely weakened, its bold gamble in Italy turned into dust. Massinissa, the first King of Numidia, has united his lands into a powerful entity, further undermining the the power of Carthage in Africa. Rome finds itself as the dominant power in the Western Mediterranean, but still has not tested itself against the Successors of Alexander. In spite of its powerful position, peace in the Republic may still be far off; determined to settle its score with Macedon for their recent transgressions and the support provided to Hannibal, Rome first has to deal with a threat closer to home, in the form of the rebellious Cisalpine Gauls who have been in revolt since the year 218 B.C. With new territory in Hispania, more wealth is filling its coffers than ever, but caution is paramount as the Celtiberians are getting restless.
⠀⠀⠀⠀⠀⠀⠀⠀⠀⠀⠀⠀⠀⠀⠀⠀⠀⠀⠀⠀⠀⠀⠀⠀⠀⠀⠀⠀⠀⠀⠀⠀⠀
Antiochus the Third has returned from subduing the East, and for at least the time being he has unified the vast Seleucid Empire. The Eastern satrapies have been put back in their place and are now compliant client states, while Armenia has been divided in two. The Ptolemaic Kingdom stands proud to the south, challenging Seleucid rule in the area. Up in the North, the Scythian hordes are having their territory encroached upon by the Sarmatians. The mounting pressure has to reach a conclusion, and the loser will need to find a new home. Macedon, a shadow of its former glory, must rally to once again assert its dominance over Greece. The stakes are tremendous, for the survival of many ancient kingdoms now rest on a knife's edge; who shall rule for the next thousand years?

Do not run any other mods along with this. Please ensure this mod is working properly before running against other mods. This mod is so huge, there is no guarantee this will be compatible with most items.

Ghost6839 May 14 @ 4:09pm
Siege walls weapons are not in campaign battle. there is no place to place Ballista on walls in many cities such as Carthage and many others.

Money Feb 4 @ 6:55pm
lastly, not at war? Cut your armies in half. Pay attention to diplomacy. Relations deteriorating with another faction? Start recruiting again. Pay off factions. Thank you AE team for what you have put together!

Money Feb 4 @ 6:53pm
The majority of your armies SHOULD consist of cheap weak units. You shouldn't win every battle. I would assume that the majority of players that think Ancient Empires mod is any of the negatives I listed below are players that don't have the skills for this in depth of mod;For those of you that find this mod too hard or unbalanced here are some general tips: u wont have everything you want, all top tier stacks, zero squalor, no PO issues;Provinces should everchange;Put strong garrisons in your border towns. Tuck your economic provinces behind;Diplomatically gonna do things you don't want to;Micromange battles;Every move you make in any regard must have purpose and support another move you have yet to do;Have a plan. Get a notepad and calculator

Money Feb 4 @ 6:52pm
I've never posted a comment to any mod/game on here before but negativity that strikes this mod really bothers me;see a lot of complaints:Too much squalor Not making any money Disloyal armies;Armies being too expensive Too hard and unbalanced My armies route too easily. Public Order is too unstable

Caesar Oct 3, 2021 @ 3:10pm
I have researched all technologies and built the highest tier of Legionary barracks and I still can't recruit Cohors(heavy imperial Legionaries) and Armoured Legionaries

Стервятник Sep 14, 2021 @ 9:02am
For those who have troubles with DOWNLOADING the part 2 of this mod. I also had the same blue greyed download icon issue, as lots of people commented here.

SOLUTION: Just have ~30 GB of free storage in the drive where Steam library is located. That's it. The mod seems to be extremely heavy. It didn't download when I had 18 gb. When I freed 57 gb it worked just fine. After mod installation I have 34 gb.
< >