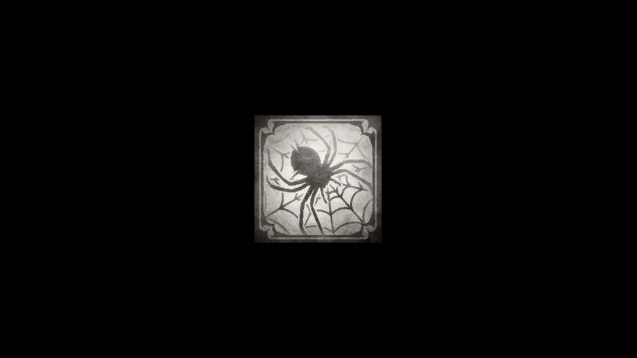 LaughingLeader
Offline
See all 201 collections (some may be hidden)

This item has been added to your Subscriptions. Some games will require you to relaunch them before the item will be downloaded.
Description
A simple mod to fix the missing flag that allows characters to get the Spider's Kiss after another character was already kissed. This flag is normally set per-user, so characters in multiplayer were unable to get kissed, unless they met other requirements.

Usage
Active Quest Fix - Spider's Kiss, then load your save. The user flag will be added to characters missing it (if someone in the party already has it). You'll then get a message box notifying you the flag was fixed after the game starts and you can move around.

After this point, save the game. Quest Fix - Spider's Kiss will then be safe to deactivate.

How is this talent unlocked normally?
You unlock the Spider's Kiss talent from the A Web of Desire quest. The requirements are:

This mod remedies the third option for other users (a.k.a. players), as the flag requirement is a user flag, which means it only applies to characters owned by a specific player.

Details for Modders
This mod simply looks for the user flag called RC_DW_Dorotya_UserKissed on all players. If a player has the flag, then it applies that same flag to all other users. Simple as that.

Requesting Additional Spider's Kiss Fixes
While this mod currently deals with one flag issue, if you have other issues with this quest or other quests, feel free to write a comment and I'll take a look.

All coffee goes toward fueling my modding efforts. Thanks!
< >
9 Comments

Immortal. Nova Feb 2 @ 4:45pm
Does this work for Definitive Edition?

LaughingLeader  [author] May 5, 2018 @ 3:59pm
Off the top of my head, I believe you can unlock the requirements by solving a murder, rescuing that lady by the bridge when the voidwoken attack, or learning about the spider lady from Safa.

Gwazi Magnum May 5, 2018 @ 3:27pm
I wasn't meaning to come off as complaining, I was just curious since I had never ran into the problem personally. Do you know what the other quests were that also enable it?

LaughingLeader  [author] May 5, 2018 @ 3:08pm
Anyway, this was made in response to a specific person's request (they were missing the user flag despite another player character getting kissed, and were unable to get the other requirements unlocked), so if you don't need it, don't use it! Simple as that.

LaughingLeader  [author] May 5, 2018 @ 3:06pm
The common situation is that Player A becomes champion of the arena, and is able to get the Spider's Kiss due to that. Since the other players don't get that same champion status, they have to do the other quests to unlock the requirement. Meanwhile, Player A's other controlled characters can get the Spider's Kiss too since the champion character got it.

This just allows other players to get the kiss if another play has already gotten it. You can also unlock the other requirements by doing some specific quests, so this is really just a shortcut, or a fix for people whose flags were messed up (possibly failed the quest, a bug where they didn't get the completion flag, etc.).

When my 4 player co-op did this, we were all able to get spiders kiss fine.

What this does is add the user flag needed to get the Spider's Kiss, if another player already got kissed.

Normally you can fulfill the requirement by either solving some specific quests, or being a character owned by a user who was already kissed. When playing in multiplayer, every player is considered a separate user, so if a friend gets kissed, their other characters can get it as well, but other players can't unless they unlock one of the other quest-related flags.

All this mod does is apply the same user flag to other players if they're missing it.