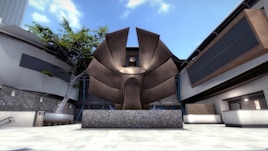 spa
Offline
See all 291 collections (some may be hidden)

This item has been added to your Subscriptions. Some games will require you to relaunch them before the item will be downloaded.
Description
Competitive Defuse Map


"A newly build investment company headquarter has seen involvement in a major embezzlement scheme.
As a symbol of capitalist decadence and decay it has caught the eye of a terrorist organization.

Counter Terrorists are on site to secure and defend the corporation.

Terrorists have arrived to destroy the Icarus Corp, fight the power and bring down the 1%."