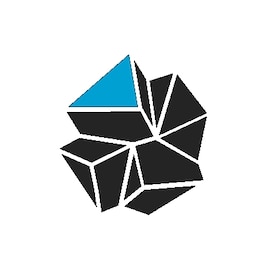 DireMungBean
Offline
See all 27 collections (some may be hidden)

Since it affects only the late game, we recommend starting the game in the modern era to get a quick look at the mod.

This mod works with the basic version of the game. For a version that works with the Gods and Kings and Brave New World DLCs, see here: http://steamcommunity.com/sharedfiles/filedetails/?id=1217587000

Note: This mod includes modified versions of some basic game files, and therefore might have compatibility issues with other mods that do the same. If you try this mod together with other mods, especially more complicated ones, keep in mind there might be problems.

To learn more about superintelligence, try the following sources:

Yuumi OTP Mar 30, 2018 @ 10:01am
Good mod but ai players will start working on the artificial inteligence and cause the game to randomly end, would be better if it allowed me to continue playing after.

The plus signs do seem like an issue, I'll have to look into that. Meanwhile, I don't see anything wrong with the risk going up, the total AI research is still more than the safety research - remember that Data Centers are part of the AI research, they contribute to rogue AI risk like anything else. I cannot really say why it goes up specifically by 163, it depends on some behind-the-scenes issues.

If I'm missing something let me know.


I’m the only civilization who has done any sort of AI research, (the rest are in the anchoring and classical eras), and the AI Safety Fund has 73 global AI Safety Labs.

Alterd-Rushnano Feb 15, 2018 @ 3:49am
@Chaingun Tank
I guess not. This mod basically updates the technology part. And so is Future worlds mod. As a result, two different but sensitive technologies XML will conflict, this mod will not work well.

Sir Pentious The Engineer Feb 1, 2018 @ 5:20pm
http://steamcommunity.com/sharedfiles/filedetails/?id=596919865 Is this compatible with superintelligence?

METATRON Jan 21, 2018 @ 4:47pm
this mod is straight up broken. the tech tree is no different from the normal game. please advise how to fix this

DireMungBean  [author] Jan 16, 2018 @ 10:07am
@SloppyJaloppy, thank you for bringing this up. This hasn't come up in playtesting, and we'd like to check it out. Could you start a discussion thread and provide as many details as possible - most notably, if you had any other mods working at the same time?

Also everyone, in the future, we'd appreciate it if you started separate discussion threads for bug reports and feature requests so we can keep track of them more easily, thanks!

Moggsy Jan 14, 2018 @ 3:19pm
Good idea, but didn't work too well in my game. I was able to build data centers from the start of the game, and I was able to build them in industrial era due to high production. this ended my game right at the beginning of the atomic era, because I could not set up safety funds, since "Artificial Intelligence has not been discovered yet"