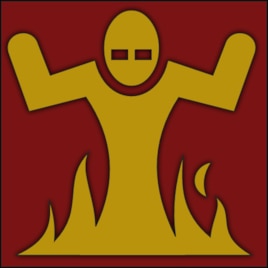 baardvaark
Offline
See all 171 collections (some may be hidden)

This item has been added to your Subscriptions. Some games will require you to relaunch them before the item will be downloaded.
Description
This mod requires my Bard & Artificer Mod!

For a standalone version, see: http://steamcommunity.com/sharedfiles/filedetails/?id=1185019544

Enemies will receive permanent, random buffs upon starting combat. These range from standard buffs like Fortified and Hasted, to several custom statuses that improve abilities like leadership or retribution, or add new skills, or give various strengths and weaknesses, like boosting dodge chance but reducing elemental resists. Enemies also receive a chance to drop extra loot, possibly even rares and legendaries.

In addition, an enemy has a 15% chance to become one of several types of champions, which mostly add several skills and major stat bonuses, but gives this character extra good loot. Bosses (e.g., Alexander) that become champions are guaranteed to drop an extra legendary. All of this is to force you to adapt, making the game more challenging without just bloating stats outright, and make combat more rewarding.

See Nexus site for a customizable version, which can be used to disable the mod or make various tweaks:

Icon by Lorc at game-icons.net

Patreon
If you're interested in supporting me, consider joining my Patreon!

Im downloading from nexus cause i dont have steam version, and after putting in the folder; and looking the mod is actived in game, enemies still the same as usual :(

@UnName both these mods are the same, no reason to use both at the same time.

Damashi The Kaotic Jun 25, 2018 @ 8:02pm
@baardvaark do you think you can fix barbaric delight status, so it doesn't hurt undead characters.