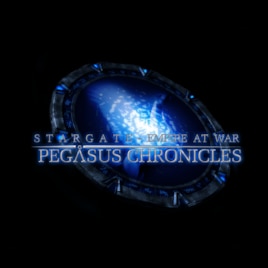 martin.taichl
Offline
See all 179 collections (some may be hidden)
You need DLC to use this item.

About:
"Stargate - Empire at War: Pegasus Chronicles" is a total conversion of the popular "Star Wars Empire at War: Forces of Corruption". All currently available factions will be replaced by other factions of the Stargate-universe. The mod encompasses:
NOT featured (yet):
Useful links:
FAQ: Link[www.stargate-eaw.de]
Wiki: Link[stargate-eaw.de]

Join our public discord server to coordinate matches and chat with the developers:
Link[discord.gg]

How to play:
Subscribe to our mod, make sure to let the download finish (see your Steam download manager, it'll say at the bottom of your Steam client), then launch Forces of Corruption. Once ingame, go to the Options menu, then Mods, and enable it from there.

If this is not working you can try to launch the mod via the steam launch options by changing them to "STEAMMOD=1126880602" without the quotation marks.

If you are not using the Steam version you will need our launcher, see here.

Beta Access:
The open beta version of our mod is available here: http://steamcommunity.com/sharedfiles/filedetails/?id=1145741406

The latest patch greatly enhances the visuals of space battles: Not only are all ships and structures capable of casting shadows, we have also given our Goa'uld fleet a major overhaul by replacing nearly all of the existing models with new ones.
Some of our questionable English translations have been improved by community member Boriss for better readability and our AI got yet another big update allowing it to use the majority of unit abilities intelligently in battle.
Furthermore, Pegasus Prelude has finally made it into the stable version of the mod, accompanied by various fixes, beautiful new intro movies, a new background and various balance and QoL changes.

Jack_Hunter  [author] May 16 @ 1:50pm
@Shadow Dragon: Because this is currently the only finished galactic conquest. But no worries there will be come much more we will be released once they are in a playable state. ;)

Shadow Dragon May 16 @ 1:03pm
Thank you. So I don´t need to install the versions from your website?
But why is only the Pegasus Prelude campaign in Galactic conquest available?

archlovescats May 15 @ 7:54am
Stargate are somewhat blocky from the start.

Alpha War Mind Apr 24 @ 3:38pm
This is an absolutely stunning mod. Everything from the dialogue options taken from the game, to the buttons sounds when pressed from the show are awesome. It is very clear that the modders are true fans of the show. The gameplay is smooth and it can handle huge battles without causing any issues.

Some critiques I have:

I. The dialogue is super quiet.

II. The graphics are somewhat blocky. The Tauri Vessels look awesome, but the Wraith Vessels and a few of the Asguard Vessels look a bit lackluster.

III. The music choices are a bit off (this is obviously very subjective). It should play the scary Gou'ald themes in battle or the Stargate show themes since they are great for battles. The Ori music is also a good choice. It is very canticle sounding and could help the players immerse themselves.


These are just my opinions as a player. Even if the mod didn't get updated it is still leaps and bounds ahead of many other mods and is an amazing work. I love it!

Imperator Tyrus Apr 22 @ 4:28am
Hello to the creator, I know that the mod is free, I just want to know how soon we can expect a map in our galaxy? As in the base game mod (without the extension)

victor_nikolai Apr 17 @ 1:14am
When does a galactic conquest with anubis come?

Admiral Muffincrust Apr 4 @ 11:03am
Hey @Locutus, not sure if you'd seen this or not, but in the En Francais discussion, I'd made an offer to help with french translation if you need any.

I'm fluent in english & french, so text translation is no issue. Can do audio as well if needed, although can't guarantee the quality since my equipment isn't exactly professional grade.