This user has also played as:
any pronouns SuperUser
500 XP
Life is strange but it's all we've got 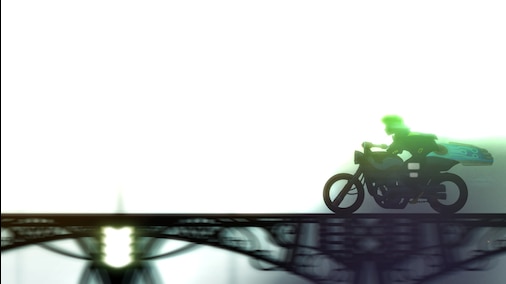 5,149
Achievements
17
Perfect Games
42%
Avg. Game Completion Rate
Important games
Bastion, for showing that the end is not the end
Bear With Me, for turning dark very quickly
BioShock (1, 2, Infinite, Burial at Sea), for interweaving storylines
DeadCore, for being the only challenging game I can play
Deponia, for giving false hope
Draugen, for showing peace
Dreamfall Chapters, for its epic extent
Edna & Harvey, for being funny and sad
Final Fantasy XIII, for accompanying me for weeks
Firewatch, for building characters and depicting tranquility
Forgotton Anne, for giving life to the lifeless
A Hat in Time, for being carefree
Hellblade: Senua's Sacrifice, for giving hope
Hitman, for its refined formula
INFRA, for exploring the seemingly mundane
Last Day of June, for subverting your expectations
Life is Strange, for growing its characters
Mirror's Edge, for keeping the flow
NaissanceE, for a truly unique world
Oxenfree, for talking with friends
Portal 2, for being a puzzle game like no other
RiME, for having the saddest revelation
The Sexy Brutale, for perfecting the time loop
State of Mind, for being the most realistic depiction of science-fiction
Stories Untold, for playing with its meta level
A Story About My Uncle, for letting me fly
Tacoma, for its characters and its ending
Tokyo Dark, for unravelling mysticism
Tomb Raider (reboot), for letting you feel pain
Transistor, for being the best game ever made
The Turing Test, for the feeling of isolation
Wandersong, for having a happy ending

VasyaTheWizard Jul 29 @ 5:05am
I'd like to announce that in addition to Zeklyn's offerings, I can provide you with the most comfortable Gaming Chairs™ found in Eastern Europe (repurposed chairs of T-34 tanks).

Zeklyn Jul 28 @ 10:59am
Wow. I never thought I would have a PROFESSIONAL eSport Gamer on my friend's list. Thank you for accepting my friend request, if u ever need anything like a logo or some G-Fuel (that is what pro gamers drink) (or if you would rather have a glass of milk I can get you that too), let me know i will always be here for you