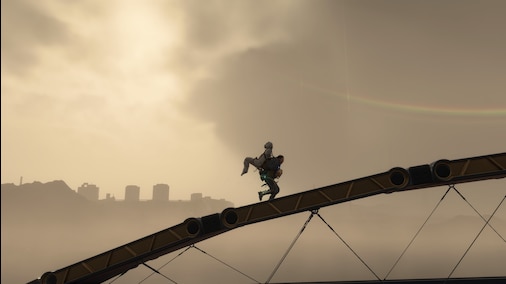 Epic screenshot of the day!

Prey
124 Hours played
Possibly my game of 2018 (the year I played Prey). Not since Morrowind or the original Deus Ex have I felt so "present" in a game. That the story really was a mystery is one of the most powerful things about Prey, so do yourself a favour and go in blind.

In the game you play Morgan Yu, but I really felt like I could be ME, or any other "personality". The situation the player finds themself in is set by the developers, and totally unknown. That gives you room to imagine, speculate, fear, guess and doubt.

Though this game looks like a shooter, I would say it is an RPG at heart. Exploring is rewarded. You learn new abilites. The ones you choose are important and will change how you play. In my case, it even changed how I felt about myself. The world is full of mystery. You are presented with so many choices, and there is never one clear or correct choice.

Who are "you" and what would that "character" do in this dark dark situation?

The following two paragraphs are my update after playing the DLC and in preparation for the Steam Awards.

The DLC was my first real rogue-like experience and it felt fresh and challenging. For my character in the main game, I was role-playing a very specific personality and so I used only a few of the many abilities available in the main game. In the DLC the player takes control of a few seperate characters who have pre-designed story arcs. This encourages playing as "they" would play and made the whole experience fresh.

Learning how to play Prey well and to figure out how to best utilise some abilities and play-styles can take some time, so after spending a lot of time in Prey mastering these techniques and then (importantly) taking a break for a few months, it was great to be given a chance to use that skill in a different scenario.
View all 1 comment
View all 24 comments < >
Comments